The frustrating reason CJ Stander's lucrative, new contract has not been announced

The IRFU have offered CJ Stander a much improved, central contract but he remains the biggest flight risk.

CJ Stander and his representatives would have been hoping for a central contract, and a well paid one, when contract talks kicked off around late October. The Munster back-row had been in excellent form for his province during a tumultuous season, had once again topped a number of stats charts in the 2017 Six Nations.

He would have been bitterly disappointed to miss out on a starting role for the British & Irish Lions but hit something like his old form in the latter half of the tour to New Zealand and made the bench for the final two Tests in the drawn series.

Stander returned home to South Africa, content in a season well done and delighted that he could finally rest up the body he had flogged for 49 straight weeks. Looking back on the previous season, upon his arrival back in Ireland, he told me:

"We got [an ankle] cast in May made for me and I just put it on for games. I just think it was a long season and I had played a lot of games and took a lot of bangs."

Unsurprisingly, it was an experience with schools rugby that reignited his passion for... rugby.

"I went back to my old school again and started to do a bit of coaching," he said.

"I almost wanted to cut my vacation short because you miss it. We do it for fun and we get paid to do it so it's even more enjoyable."

He left the contract talks to his South African based agent, Gerrie Swart, but was confident his hard work, commitment and form would be rewarded. He was soon made aware that a central contract offer would be forthcoming but the next update he received, ahead of November's Guinness Series, was disappointing. 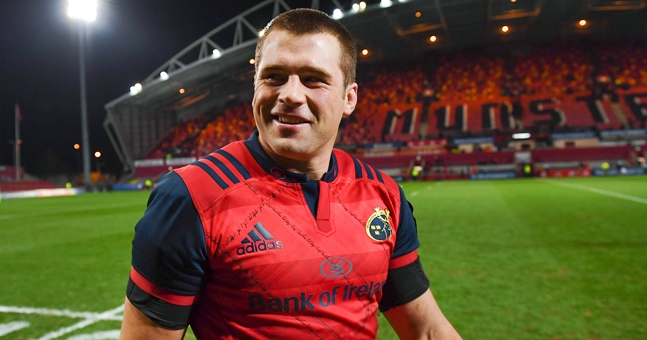 Having initially been on a base salary of €230,000 with Munster, Stander started to get Test match appearance fees as soon as he made his Ireland debut. That honour saw him get an additional bump of €30,000. from that base annual salary of €230,000, we understand the first offer from the union was €280,000. Put simply, that was not going to cut it. 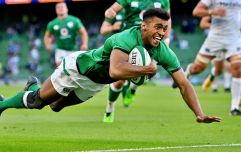 END_OF_DOCUMENT_TOKEN_TO_BE_REPLACED

Around this time, Stander played superbly against South Africa and Argentina and was given the honour of captaining Ireland, off the bench, against Fiji. A nice little glimpse of what could be down the line if he signed on for more.

Word soon got out that the IRFU had started off their talks far too low. Not long after that and there was a report linking Stander to Montpellier. Sure, the French side would like him but there is no hard and fast chase. The more likely options would be Pau and Toulouse.

The has been some back-and-forth between agent and union and the latest offer on the table is a base salary of somewhere in the region of €360-380k. With the union stumping up for player insurance and paying between €10-15k per Test appearance, Stander could get closer to €500k if he stays injury free and in good form. He will also be in line for some new sponsorship deals.

Still, as SportsJOE understands, he remains the biggest flight risk. The newly minted IRFU offer is good but it would still put him considerably behind the country's top earners - Sexton, Murray, O'Brien and Heaslip. Interestingly, it would also put him just behind Peter O'Mahony and Tadhg Furlong, who just signed new deals [Furlong €450k and O'Mahony 500k approx.].

That is the frustrating because Stander is worth more than the latest offer and both he and his agents are fully aware of this. 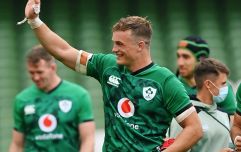 END_OF_DOCUMENT_TOKEN_TO_BE_REPLACED

Stander wants to stay but he may need another nudge to get him over the line.


popular
The JOE Friday Pub Quiz: Week 253
Cormac Egan's interview after Offaly u20s beat Dublin is everything that is pure about the GAA
After seven years in charge, Armagh have a big decision to make on Kieran McGeeney
Pre-match rituals - What it's like in the Croke Park changing rooms before a game
Absolutely no doubt who was the top pundit of Euro 2020
"Any team I've been involved in over the last five years, they've been way above their station" - GPS stats gone too far
Thomas Tuchel gets a hurling lesson as Chelsea touch-down in Carton House
You may also like
6 days ago
Football is coming to its 'real' home as Dublin set to host major tournament final
2 weeks ago
Full Ireland ratings as Andy Farrell's men survive one hell of a scare
2 weeks ago
"This is the chance" - McCloskey and Farrell told exactly what is at stake against Japan
2 weeks ago
"People don't realise how hard a decision it actually is" - Seamus Coleman on choosing soccer over GAA
3 weeks ago
Aiden McGeady is still tearing it up and he isn't done yet
3 weeks ago
"An incredible honour, and no better man" - O'Mahony on Murray's Lions captain
Next Page