The IRFU has this evening confirmed that Conor Murray, Johnny Sexton, Rob Kearney and Gordon D'Arcy are all set to undergo return-to-play protocols. All four players received knocks during Ireland's win but only Munster scrum-half Murray underwent a pitchside concussion test and then returned to play.

The union's medical bulletin reads, 'Gordon, Rob and Johnny were removed from the field of play with suspected concussions.  They underwent the HIA (Head Injury Assessment) and were assessed again today by the Irish medical team.

'They will complete the HIA process with a further assessment after 48 hours and will follow the return to play protocols at their respective clubs.' 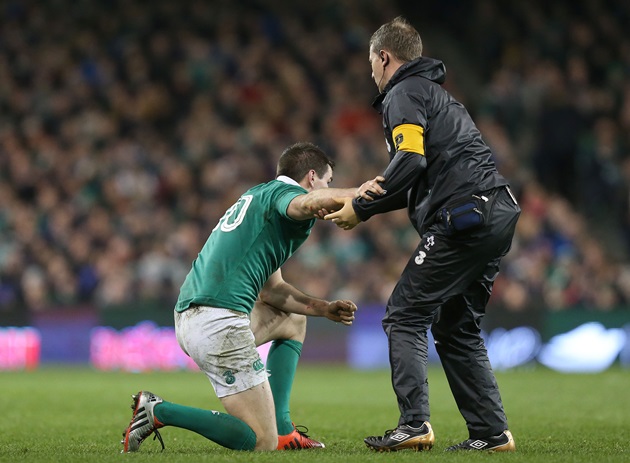 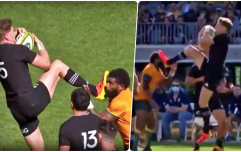 END_OF_DOCUMENT_TOKEN_TO_BE_REPLACED

Regarding Murray, the IRFU stated, 'Conor completed the HIA to the satisfaction of the match-day doctor and was cleared to return to the field. Conor was assessed today and will be assessed again after 48 hours as he completes the HIA process.'

Murray was replaced by Eoin Reddan but retook the field after 76 minutes and played the remainder of the game at out-half as Sexton wasc in no fit shape to continue.


popular
Galway fans' frosty reception for Davy Fitz doesn't make any sense
The most Stone Age tackle you've ever seen gets South African lock straight red card
'Brian was a genius... he would've killed you to even win a game of touch'
"Johnno went, 'We’re not moving! You're trying to mess us about!'" - Ben Kay recalls red carpet controversy
Ryan Manning hacked to the ground by Henri Lansbury in ruthless assault
"Some of the generals wanted me executed" - Irish rugby legend on flag caper that went wrong
Final question of Ryder Cup press conference has Team USA in all sorts of trouble
You may also like
1 month ago
"I would love to see it back on the table" - Aidan O'Shea wants the International Rules series to make a return
1 month ago
Australian swimming coach's wild celebration goes viral after Ariarne Titmus takes gold
4 months ago
"Copperface Jacks? Never heard of it!" - Ashley-Cooper on Wallabies infamous Dublin night out
11 months ago
Rob Kearney heading for Western Australian outpost in need of serious jolt
1 year ago
Drew Mitchell on Eddie Jones' half-time advice when Australia beat Ireland
1 year ago
Rugby Australia apologises to Israel Folau as settlement reached over sacking
Next Page