Over half a million votes were made.

The votes have been tallied and a pretty impressive 'Best XV" for the Autumn Nations Series has been selected.

Following the final weekend of Autumn Nations Series games, which saw excellent wins for France and Ireland and closer-run victories for England, Wales and France, the call went out to help select the 'Best XV'.

END_OF_DOCUMENT_TOKEN_TO_BE_REPLACED

Our team debated over the best two players in each position - fullback and outhalf were hotly contested positions - and then put it to a public vote. In the end, after more than half a million votes were tallied, we had our multi-national team of the series.

Emphasising the winning runs for England, Ireland and France, the Best XV is made up of 11 players from those nations, while four Springboks made the cut. No All Blacks feature, which would normally be a surprise, but the Kiwis did lose badly to Ireland and France over the final seven days of the series. 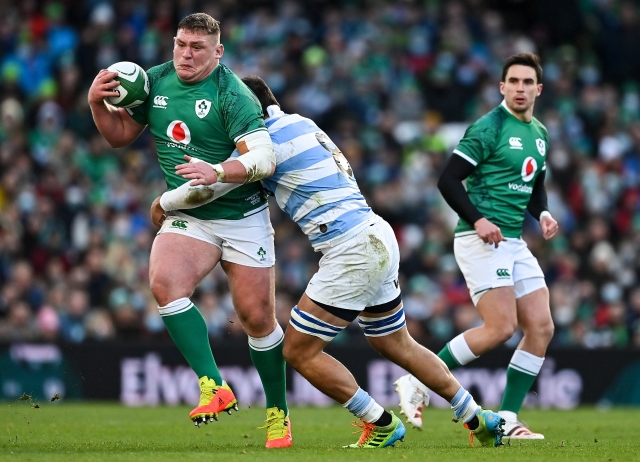 The pack is dominated with Irish forwards. Anyone that saw how dominant they were against Japan, New Zealand and Argentina would not argue their healthy selection, while hooker Ronán Kelleher was beaten out by Malcolm Marx.

END_OF_DOCUMENT_TOKEN_TO_BE_REPLACED

Another Bok in the pack - and winner of the closest poll - is Eben Etzebeth. The Toulon lock edged out Maro Itoje by just under two thousand votes - 52 to 48%. Rounding out the pack are Thibaut Flament (France) and Tom Curry. The England back-row got in there ahead of Gregory Alldritt.

There are two English players and three from France joining South Africa's Makazole Mapimpi in the backline. The most one-sided of the votes went to Antoine Dupont at scrumhalf. He was up against Ireland's Jamison Gibson-Park and ended up with 92% of the vote.

END_OF_DOCUMENT_TOKEN_TO_BE_REPLACED

You may also like
1 day ago
Former England international admits he wishes he had played for Ireland
6 days ago
Two baffling omissions as four Ireland stars make World Rugby 'Dream Team' of the Year
6 days ago
Josh van der Flier claims World Rugby Player of the Year at Monaco ceremony
6 days ago
"Highlight of my Ireland career" - Behind the scenes as Jack Crowley and Ross Byrne covered for a legend
1 week ago
Bundee Aki reminded us all of his best qualities, on a night Ireland couldn't do without him
1 week ago
Peter O'Mahony delivered some fitting Jack Crowley comments after surprise Test start
Next Page