Over half of the nominees are Irish.

Eight Irish players have been nominated for the EPCR European Player of the Year award.

Leinster trio Sean Cronin, Tadhg Furlong and Garry Ringrose, who helped the province win the Champions Cup in 2018, are nominated.

As are Munster and Ireland stars Tadhg Beirne, Joey Carbery and Peter O'Mahony.

Ulster's Jacob Stockdale has also been rewarded for his impressive form with a nomination. Simon Zebo of Racing 92 is the final Irish nominee for the award. 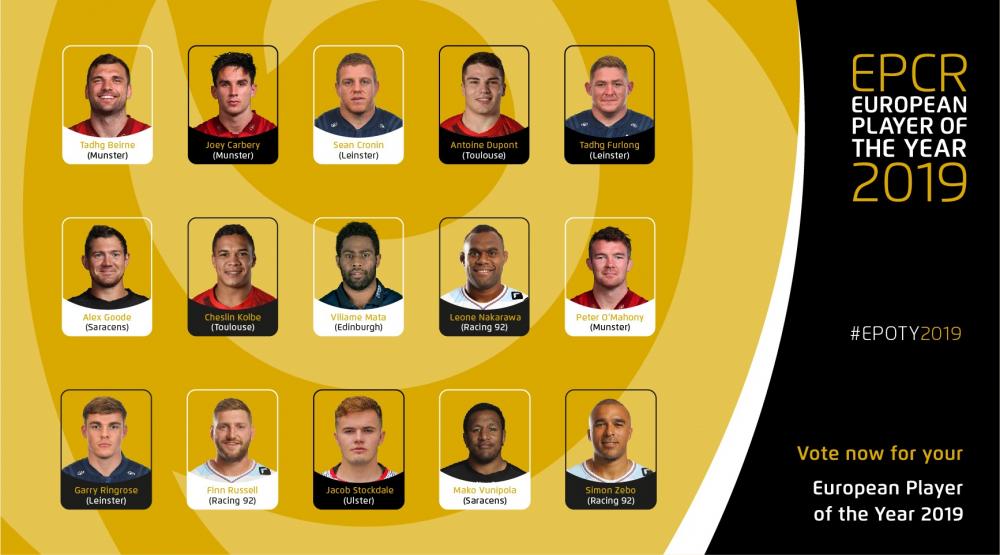 There are 15 nominees in total and the longlist is set to be reduced to five players following the Champions Cup semi-finals in April.

The voting will then re-open and the winner will be announced after the Champions Cup final at St James' Park on May 11.

The award will be decided by a judging panel of experts and a public vote.

Here are the 15 nominees:

And here is the judging panel:

You can vote here.

You may also like
1 year ago
Former Munster star Johne Murphy reveals which Irish players should make the Lions squad
1 year ago
"There is so much more running" - Irish star swaps the oval ball for the ONeill's ball
1 year ago
From West Clare to the top for multi-talented Considines
1 year ago
15 seconds that sum up the cut and tenacity of Robbie Henshaw's Six Nations campaign
1 year ago
"He completely out-played Itoje. You barely saw Itoje as the game went on"
2 years ago
Shane Daly debut incoming as Ireland name extremely mobile 15 for Georgia
Next Page