Everyone has a theory on how the All Blacks can be beaten but putting that theory into practice against some of the most naturally talented rugby players on this spinning globe is insanely tough.

The likes of Beauden Barrett, Sam Whitelock and Brodie Retallick all have win percentages in the 90s and are experts at getting over the line in even the tightest of circumstances. Since losing to Australia at ANZ Stadium, in August 2015, New Zealand have won 40 of the 45 Test matches they have contested.

The British & Irish Lions tested them severely in the summer of 2017 but even they were clinging on at the end, at Eden Park, in order to share the Test Series.

James Haskell was part of that Lions squad, in New Zealand, and he also featured off the bench in England's 2012 victory over the world champions, at Twickenham.

Haskell joined host Alex Payne and former England Sevens star Rob Vickerman on House of Rugby - JOE's rugby show - and all three looked at ways to possibly take the mighty All Blacks down.

Vickerman was tasked with studying the statistics of all the All Blacks games over the past few years and, while some of the facts and figures are downright scary, he believes their are potential chinks in their armour.

"The theory is, you don't wrestle a chimp," he began. "That's what I'm arguing.

"83 games have gone since England last beat New Zealand - 2012, in December. What a great game that was; high-scoring. Since that game, they've only lost six. Pretty spectacular.

"So, you're going to have to play. My whole point is - you don't wrestle a chimp. Just go Joué, off the bat, play from everywhere and just shock them.

"Eddie Jones has come out and said this is sparring. A boxer will try different techniques and different combinations. Don't try and overcome them any other way than just playing from everywhere. They really have to be high-scoring games." 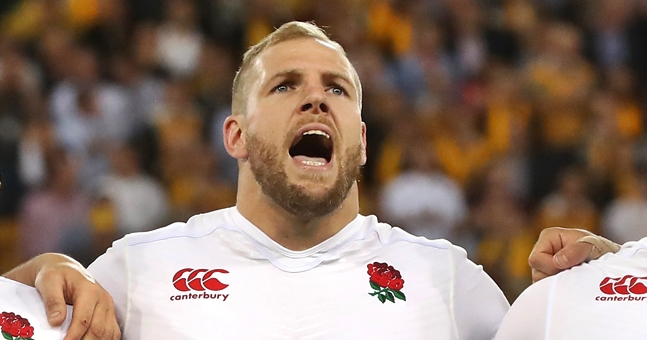 END_OF_DOCUMENT_TOKEN_TO_BE_REPLACED

Vickerman says New Zealand's games against England, last weekend, and Ireland have long been New Zealand's main focus. They had a training camp, midway through The Rugby Championship, just to plan for these two Test matches.

"For a lot of these players," Vickerman adds, "this will be the last time they're coming to the northern hemisphere as [All Blacks] players. Post-World Cup, they might be retiring. They are absolutely going to gun it. My theory is - go out there and do the unthinkable. Play from everywhere; from every single direction and shock them."

Haskell played just under 25 minutes of that 2012 victory over New Zealand and knows full well that teams must keep their foot to the floor if they manage to get a lead on them. He recalled:

"I remember watching it and see us get that lead [15-0 up at half-time] and I thought, 'This is great, but New Zealand just don't get rattled'. Whatever you do, don't take your foot off the gas or they are going to get you.

"[New Zealand score two tries in four minutes] and that was carnage but then Manu [Tuilagi] got that break where he fended everyone and passed it to Ashy [Chris Ashton], who swan-dived.

"I had come on at that time and I remember we were defending by our line for about five minutes then something happened and we got away, and I thought, 'Oh my God, we're actually going to do it'. And then it was mental."

England won 38-21 that day but have lost the next five encounters, including last Saturday's 16-15 loss at Twickenham.