In the final ever Test rugby game at the Sydney Cricket Ground, England were able to stave off an Australian comeback. Dylan Hartley feels they are building nicely to the 2023 World Cup.

England went 3-0 ahead through Owen Farrell but Australia looked dangerous with ball-in-hand. After one close call, the Wallabies exposed the visitors defence with quick hands and Tom Wright scored in the corner.

Noah Loleiso kicked that conversion and added a penalty to make it 10-6. Eddie Jones responded by hooking Danny Care for Jack van Poortvliet and England nudged 11-10 ahead at the break when Freddie Steward scored in the corner. 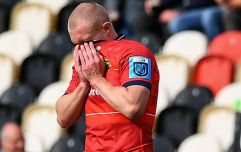 END_OF_DOCUMENT_TOKEN_TO_BE_REPLACED

Australia captain Michael Hooper gave away a sloppy penalty to give England an easy penalty that Farrell slotted over to make 14-10.

After 54 minutes, off the back of a poor Wallabies lineout, Marcus Smith pounced a bouncing ball, pinned back his ears and was away for a try out of nothing. Farrell converted and England were two scores clear.

Marcus Smith... THAT'S what he can do! pic.twitter.com/NuCBcDBUZm

END_OF_DOCUMENT_TOKEN_TO_BE_REPLACED

Changes made by Australia coach Dave Rennie added some oomph off the bench, and England were suddenly defending for their lives inside their 22.

After a couple of close calls, hooker Folau Fainga'a had a one-on-one with Owen Farrell, close in. He got low in the carry and Farrell had no chance - try Australia and only four points in it, when it was converted.

The home fans, in Sydney, must have thought the comeback was on, but Luke Cowan-Dickie and Courtney Lawes shut that down with two big turnovers in the final 10 minutes. The game and the series went England's way.

Following the game, former England captain Dylan Hartley told Sky Sports that England are growing nicely ahead of next year's World Cup. He added that Ireland, who are up to No.1 in the world after beating New Zealand 2-1, have a job on their hands to stay there over the next 14 months. He declared:

"If you think about a team's progression to the final destination - what is, ultimately, winning a World Cup - England are not there. You look at Ireland and they are firing on all cylinders.

"If you're an Irish supporter, enjoy today, but just hope that they can maintain that title of number one for another year, and still get better."

France may be the Grand Slam champions, and South Africa the reigning world champions, but Ireland, once again, have a target on their backs.

Strong in the air. Finished his try well. Not much he could do for Wright's score. Made a crucial tackle in the corner to prevent an Aussie try.

Did well to sprint over and make a big tackle but could not prevent the opening Aussie try.

Missed three first half tackles and made little impact in attack.

Kicked out on the full, at the start. Landed a couple of penalties but had some misses off the tee. Had a strong start to the second half, as England built a lead. Unable to stop Folau Fainga'a crashing over.

The one English back that made big metres in the first half. Could, and should, have scored in the corner before the Steward try. Made two clean breaks.

Out of nowhere, he pounced on a poor lineout throw from the Aussies and was over for a super try. Almost cost his side a try by jumping early and not connecting. Lured in for Wright's try.

Had an early kick charged down. Missed a couple of tackles. Subbed off by Eddie Jones, just 37 minutes in.

Skittled two Wallbies with one brute of a carry. A series of big carries and scrummed well. Pinged for a high tackle, early in the second half. Won his side a great penalty, in front of the posts. 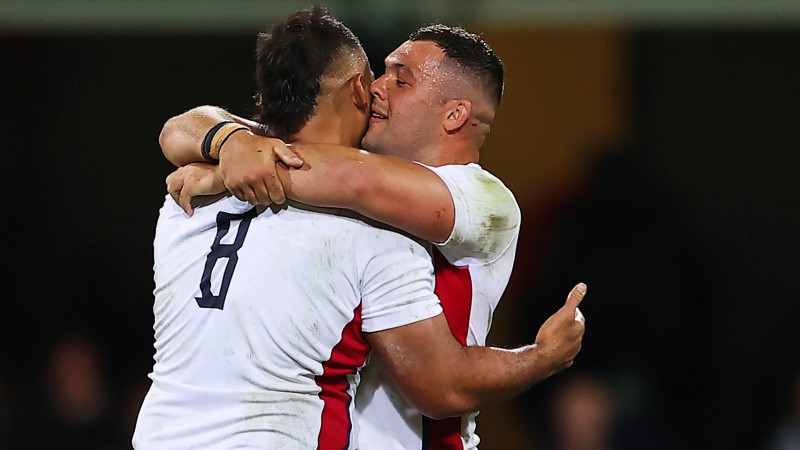 Solid in the set-pieces, made two strong caries and sunk all his tackles.

A steady tour for the tighthead. Made a couple of hard, second half carries.

Positive impact limited to set-pieces and a few decent clear-outs. Two decent carries in the second half.

Got up well to disrupt the Wallabies lineout and force and error, for the Smith try. Big on the restarts. Gave away a penalty and missed a couple of tackles. Did frustrate the Aussies at the breakdown, quite often. Helped win his side a turnover for holding up a maul. Grew as the game went on.

Such an important player to this side. Had the sleeves rolled up from the get-go. Won a big turnover in the final 10 minutes. Teamed up with Cowan-Dickie to help win another, on 76 minutes.

Tackled with intent in the first 40. Started the second half by giving away a silly penalty. Only made two carries as he focused on breakdowns and tackles.

The only England forward to consistently deliver front-foot ball in the first half. Did have the ball nicked from him at a rolling maul.

Tackled off the ball, leading to a penalty for his side.

Lost his first lineout throw, to the front. Won two turnovers, the second coming in the final minutes.

Came on and got moshed in his first scrum.

Will be pushing for November starts.