"If anyone is going to say that to me, please don’t because it is going to wind me right up."

Ellis Genge did what good captains so often do, on Saturday, and defended his team to the hilt. Leicester Tigers may have been eliminated from the Champions Cup but they had certainly pushed Leinster hard.

The two-time European champions, and current Premiership leaders, went 20-0 down against a fast-starting Leinster side, but battled back in the second half and scored two tries to make their guests up their efforts to close out the game.

Ahead of the clash, at Welford Road, Genge had attempted to ward off suggestions that Tigers were the underdogs against a Leinster side that are in the European Cup knockout mix each season. He told us:

"We are not plucky losers. We're not that type of team. If we lose, it's because we were supposed to lose, and we didn't fight hard enough. So, it's all on us.

"I’m not going to let people build the manifestation of Leinster being the European giants that they are. They have got to come to our backyard. It is our gaff. What's their's, the Aviva?"

END_OF_DOCUMENT_TOKEN_TO_BE_REPLACED

Leinster's 'gaff' is The RDS, but they are fortunate enough to have the Aviva Stadium just down the road, in Dublin 4. That is where Leo Cullen's men will host Toulouse, this Saturday, after they ended Leicester's European adventure.

Following his side's 23-14 defeat, though, Genge snapped back at anyone that suggested Leicester had done well just to keep the quarter final interesting until the final minutes. 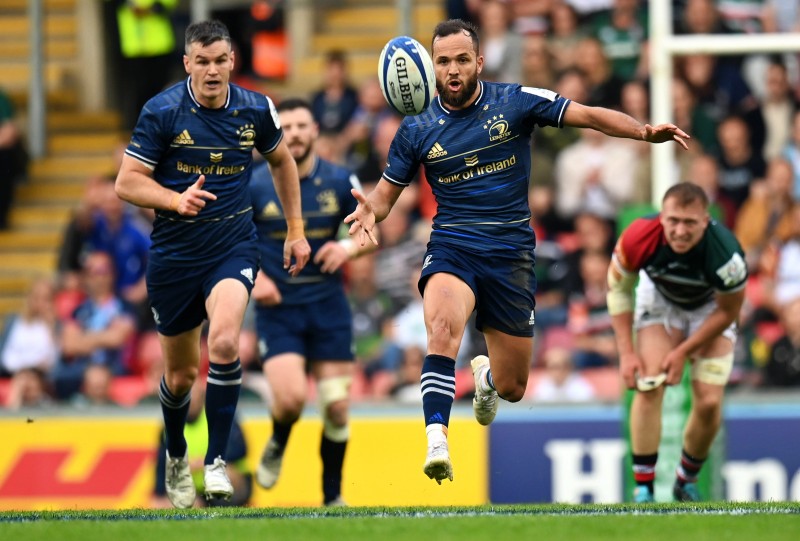 'We could have won that game' - Ellis Genge

Leinster were 17-0 up after only 20 minutes, with tries coming from Josh van der Flier and Robbie Henshaw, and three Johnny Sexton kicks. Sexton added another penalty by half-time but Tigers dug deep to get back in the game.

END_OF_DOCUMENT_TOKEN_TO_BE_REPLACED

Chris Ashton and Nic Dolly scored second half tries, but Leinster comfortably saw out the tie. The match stats show that both sides were not too far apart, but Leinster were far ahead in dominant collisions [in attack and defence].

Perhaps trying to emphatise with Ellis Genge, one reporter asked the Tigers captain how tough it was to compete against a starting XV that contained 13 Ireland internationals [Ross Molony and Jimmy O'Brien have trained with Ireland but are uncapped]. Genge replied:

"Look, mate, I am not trying to be a prick here but I don't want you saying that. We came out there and we fought as hard as we could. They have 13 internationals but don’t put us in that bracket of, 'We gave it a good crack'. If anyone is going to say that to me, please don’t because it is going to wind me right up.

"We could have won that game. I think you know that as well. Our boys fought all game so I am not going to come here for someone to say we gave it a good crack and we’re plucky losers."

Leicester have gone from narrowly avoiding relegation in 2019 and 2020 to being a force to consider again, under head coach Steve Borthwick.

When that Leinster loss was mentioned as a small step back on an otherwise positive journey, Genge was not having that either. "It is not a rebuilding journey," he insisted.

"We went out there in the second half and won 14-3. You are talking like we were blown away."

For Leicester, their players get next weekend off as Leinster and three French sides duke it out in the semi-finals. The following weekend sees league hostilities resume as they travel to play Newcastle Falcons.


popular
Roy Keane's issue with Argentina star could rival Graeme Souness and Paul PogbaA~WQA~~~~~~AAAA
Roy Keane cracked up Ian Wright and Gary Neville with England team spirit remark
Lionel Messi makes Gary Neville eat his words after "silk pyjamas" comment
Roy Keane takes moment on TV to pay tribute to his old team in Cork
The nine England World Cup footballers who could have played for Ireland
'I was so stressed the week before the All-Ireland and I ended up having a panic-attack' - O'Shea and O'Sullivan open up
Man United youngster causes scrap from the bench after throwing ball at Australia player
You may also like
5 days ago
"Two Irish players are best in the world" - Rugby reacts to big Josh van der Flier and Terry Kennedy awards
6 days ago
Two baffling omissions as four Ireland stars make World Rugby 'Dream Team' of the Year
6 days ago
Josh van der Flier claims World Rugby Player of the Year at Monaco ceremony
6 days ago
"Highlight of my Ireland career" - Behind the scenes as Jack Crowley and Ross Byrne covered for a legend
1 week ago
Bundee Aki reminded us all of his best qualities, on a night Ireland couldn't do without him
1 week ago
Peter O'Mahony delivered some fitting Jack Crowley comments after surprise Test start
Next Page