"Joe has made a decision that we 100 per cent support."

Joe Marler was named as part of England's 28-man squad for the 2021 Guinness Six Nations, over the weekend, but he has since opted to withdraw his name from consideration.

The 30-year-old, who previously retired fro Test rugby only to be lured back, has stated that he wants to 'do right by my family in these crazy times'.

Always grateful for the opportunity so not an easy decision, but want to do right by my family in these crazy times and won’t be meeting up with the squad for this tournament. Look forward to watching the team rip in. Go well 🌹 x

At the virtual tournament launch, today, England head coach Eddie Jones backed Marler's decision and spoke of how his squad must now cope without him and the injured Joe Launchbury and Sam Underhill.

"When Joe decides to make himself available again we will have another look at selection," says Jones. "And that's how we look at it, 100 per cent. No ifs or buts, it's as clear as day.

"There will be some time in the future when he's ready to come back and will get selected. We'll take that when it comes.

"Joe has been an outstanding player during my time with England and I'm sure he was outstanding before that. He is tough, abrasive, a good defender, a great guy off the field. He's a bit nutty, but we like that, it's good to have characters like that in the squad." 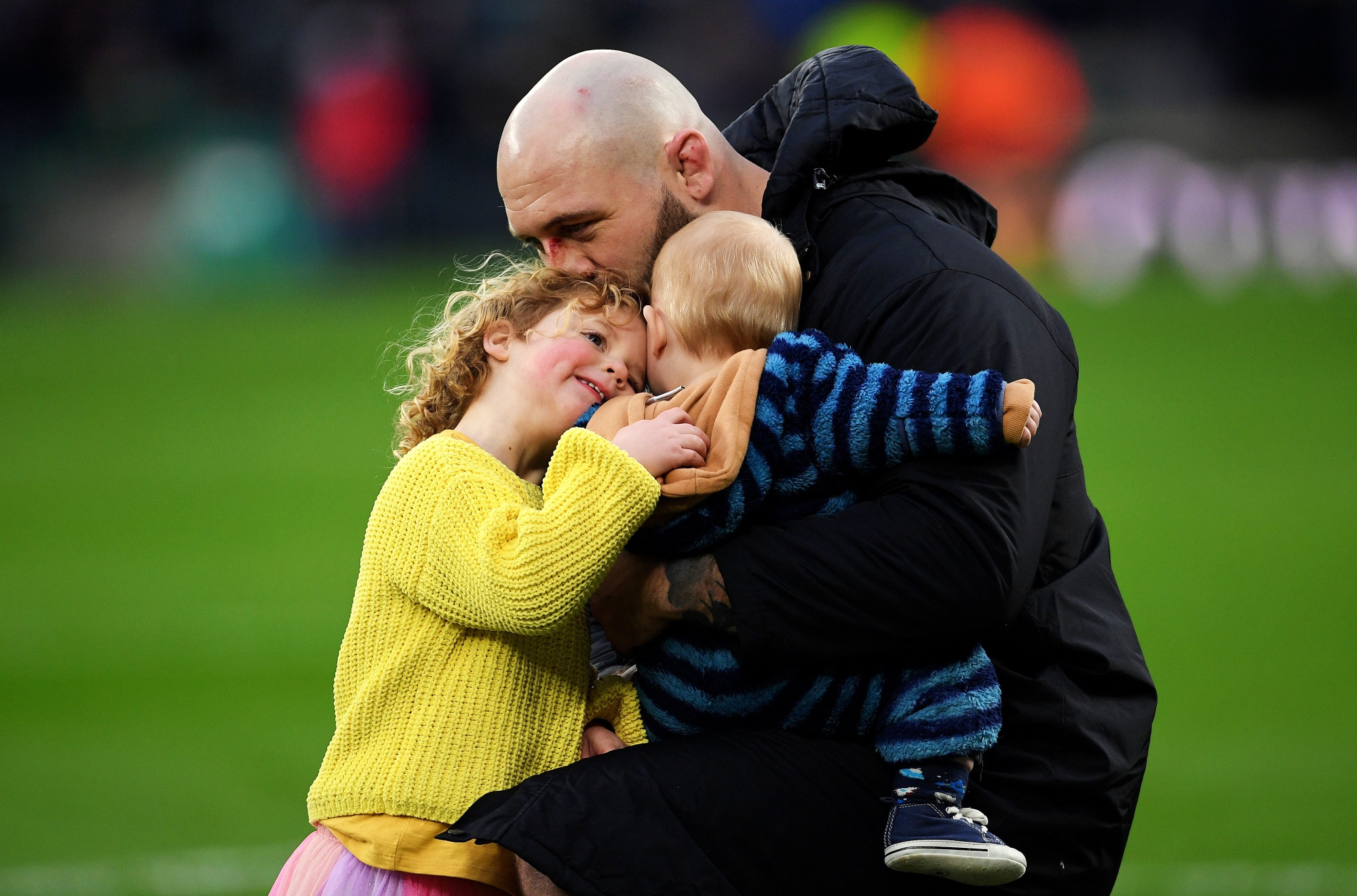 Joe Marler with his children Maggie and Felix following during the Guinness Six Nations Rugby Championship match between England and Ireland at Twickenham. (Photo by Ramsey Cardy/Sportsfile)

"We have got a number of wonderful players out," Jones adds, "Joe Marler, Joe Launchbury and Underhill, but that just creates opportunities for other players to come in and adds to the team.

"We have got someone like Ellis Genge now and he's now the elder statesmen in the squad in terms of props. Four years ago he was a young kid on the block, so that shows how the team has evolved. This is a great chance for us to evolve and adapt so we are excited."

The 2020 Six Nations and Autumn Nations Cup champions open their championship campaign with a home game against Scotland.


popular
Gary Neville reveals Man United ignored advice to sign Joao Cancelo
"I think there are only five Kilkenny players who are guaranteed to start on any given day" - Cody's motivational methods
"County football isn't for everyone" - Down captain Barry O'Hagan hits back at criticism
QUIZ: You have 60 seconds to answer one Premier League goalkeeper question
FootballJOE's Career Path Quiz: #6
Boris Johnson slams Jurgen Klopp for defending Liverpool fans booing national anthem
Rhodri Giggs accuses Gary Neville of hypocrisy over Salford sacking
You may also like
1 month ago
Ronan O'Gara on seven Ireland players that have him excited, ahead of New Zealand tour
1 month ago
The Top 20 rugby players in Ireland right now
1 month ago
Marlie Packer grabs super hat-trick as England demolish Scotland
1 month ago
Hugo Keenan's latest achievement is just reward for a player that keeps getting better
1 month ago
Five Irish players make Six Nations 'Best XV' picked by Sean O'Brien and Alex Goode
2 weeks ago
Conor Murray primed to face man that took his crown as world's best
Next Page