What a good problem to have. Ireland used to have problems like this.

Eddie Jones holds a 5-2 advantage over Ireland in Test match encounters since he took the helm at England. On Saturday, at Twickenham, his side reasserted their recent dominance over the men in green.

With Tom Curry, Sam Underhill and Maro Itoje at their combative, disruptive best, and Jonny May scoring two fine tries, England raced into an 18-0 lead before setting out to keep Ireland scoreless in the closing stages. They managed to do so until the 74th minute, when subs Billy Burns and Jacob Stockdale combined for what was a consolation try.

END_OF_DOCUMENT_TOKEN_TO_BE_REPLACED

England looked as though they could have blown Ireland off the park when May's two tries in the space of four minutes made it 12-0. That they did not do so was down to them not going full-on for the kill, and the fighting spirit of Andy Farrell's side in the second half.

England followed up their World Cup final appearance, in November 2019, by winning the 2020 Guinness Six Nations. They are not exactly blitzing teams off the park, but they are a physically dominant unit and are getting wins through their punishing defence, a well-drilled kicking game and some moments of individual brilliance. 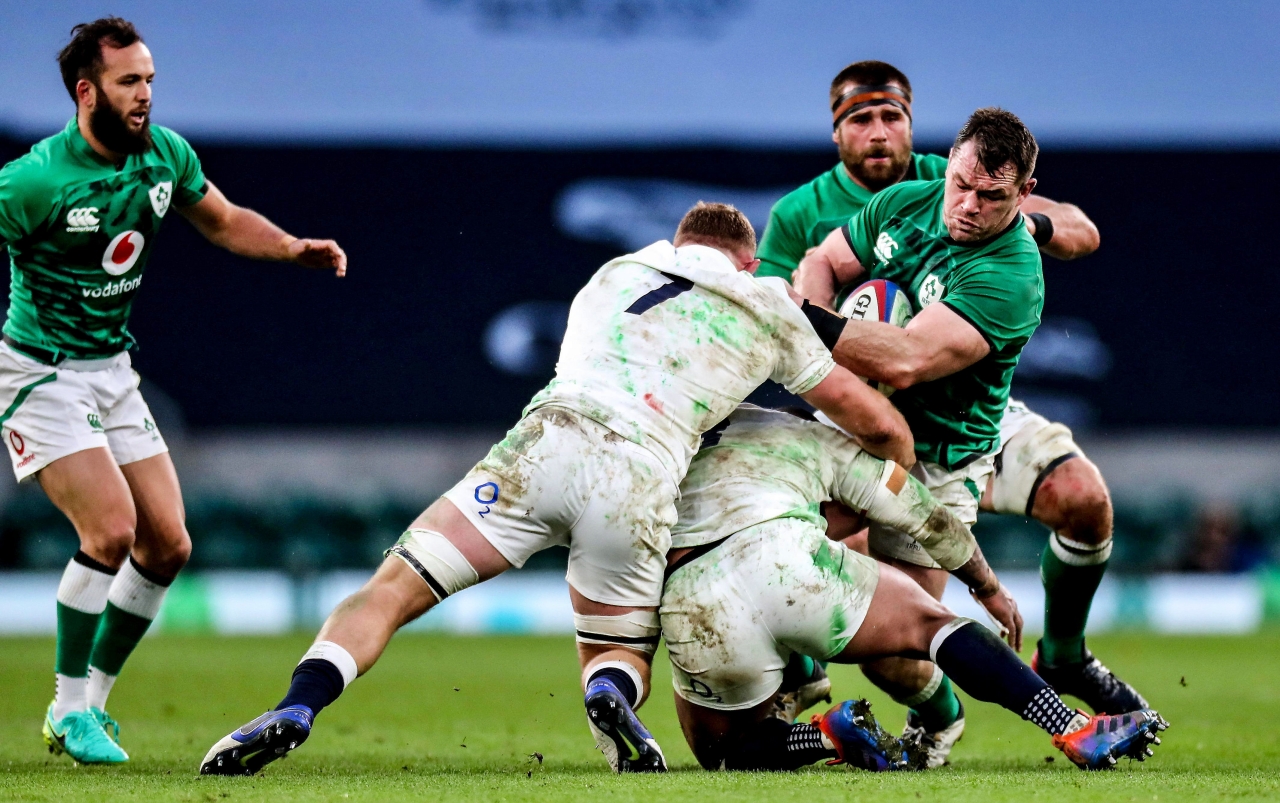 Eddie Jones' team are in a position that Ireland found themselves in around 2017 and 2018 - winning a shed-load of games but fielding questions about their style of play. So it proved after their 18-7 win over Ireland, and the England head coach took issue when one reporter questioned his side's lack of attacking sparkle.

"Have you come away with some disappointment," Jones was asked, "that you weren't able to mount much of an attacking challenge?"

"Well, I'll tell ya, I'm never disappointed when we beat Ireland," he responded. The reporter was not done yet. He followed up with:

"We didn't really look like scoring much in the second half. There must be something more you were looking for... " With that, Jones cut in.

Earlier in his press briefing, Jones spoke of his team's physically dominant performance against an Ireland side they have now beaten four times in  row.


popular
The most Stone Age tackle you've ever seen gets South African lock straight red card
Galway fans' frosty reception for Davy Fitz doesn't make any sense
"Johnno went, 'We’re not moving! You're trying to mess us about!'" - Ben Kay recalls red carpet controversy
"Some of the generals wanted me executed" - Irish rugby legend on flag caper that went wrong
Neil McGee hasn't worked in eight weeks after back injury but still won't rule out championship return
Wallabies star bounces off Duane Vermeulen like a brick wall, gets yellow-carded
GAA make retrospective decisions on John Small and James McCarthy incidents
You may also like
2 days ago
Katie McCabe believes that equal pay deal with FAI "doesn’t add pressure"
4 days ago
Clinton Morrison shares advice Roy Keane gave him on morning before Saipan showdown
1 week ago
Ireland's best XI under Stephen Kenny starting to take shape
1 week ago
Serbian media react to 'True Football Tragedy' and hail "amazing" Gavin Bazunu
1 week ago
"I was already taking my jersey off!" - Andrew Omobamidele's post-match interview was so pure
1 week ago
Gavin Bazunu, Andrew Omobamidele and a glimpse of better days ahead
Next Page