Eddie Jones is not only seeking revenge against Ireland. He wants to make a statement against Joe Schmidt's side.

England closed out their 2018 schedule with an impressive victory over Australia on Saturday but the calendar year was a disappointing one for fans, players and the head coach as England won just six of their 13 games.

Ireland, meanwhile, have had a quite remarkable year, the curtain of which closed with a 57-14 victory over the USA.

END_OF_DOCUMENT_TOKEN_TO_BE_REPLACED

Any concerns about complacency following last week's historic overturning of the All Blacks were put to rest as Schmidt's men ran in their year-high points total against the visiting Americans.

Ireland are no longer fighting to be the best team in Europe. They are neck-and-neck with New Zealand for the honour of being recognised as the most dangerous side in world rugby. 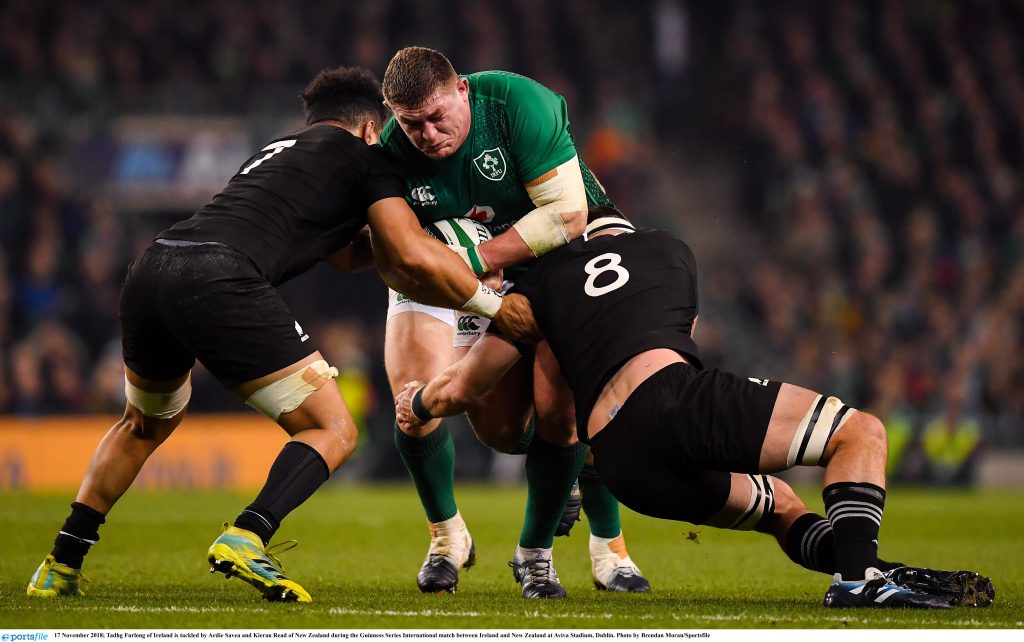 Ireland will be favourites going into next February's Six Nations meeting with England and will be hoping to win three consecutive games against their fiercest rivals for the first time in seven years.

And Jones, who is known to stoke the flames ahead of big games, is already hyping up the Aviva clash.

"We owe them one," Jones said of Ireland in the wake of Saturday's win.

"We just need to keep getting better. We play them first up so it's the most important game we've got coming forward.


popular
"Johnno went, 'We’re not moving! You're trying to mess us about!'" - Ben Kay recalls red carpet controversy
"Some of the generals wanted me executed" - Irish rugby legend on flag caper that went wrong
Tommy Fury spotted having the time of his life at student night out
Pep Guardiola refuses to apologise to Man City fans after attendance plea
Garry Ringrose challenges "pretty ridiculous" changing conditions for women's players
Deontay Wilder calls Tyson Fury 'one of the biggest cheats in boxing'
No Simon Zebo or John Cooney as Ireland gather 50 players for one-day camp
You may also like
1 day ago
Katie McCabe believes that equal pay deal with FAI "doesn’t add pressure"
3 days ago
Clinton Morrison shares advice Roy Keane gave him on morning before Saipan showdown
4 days ago
Full Ireland player ratings as underdogs Spain put World Cup hopes in danger
1 week ago
Ireland's best XI under Stephen Kenny starting to take shape
1 week ago
Serbian media react to 'True Football Tragedy' and hail "amazing" Gavin Bazunu
1 week ago
"I was already taking my jersey off!" - Andrew Omobamidele's post-match interview was so pure
Next Page