Before England faced off against Scotland in Twickenham at the weekend, there were a few murmurs from some quarters about just how good this English side are.

Yes, they are a good team, you don't go unbeaten in 17 Test matches unless this is the case.

END_OF_DOCUMENT_TOKEN_TO_BE_REPLACED

But their performances so far in this year's championship prior to their clash with Vern Cotter's side were questionable.

They had not been firing on all cylinders which resulted in grinding out narrow victories against Wales and France before eventually disposing of a stubborn Italian side.

However, any doubts surrounding their ability were firmly put to bed as they put on a masterclass of glorious rugby to sweep aside Scotland 61-21. 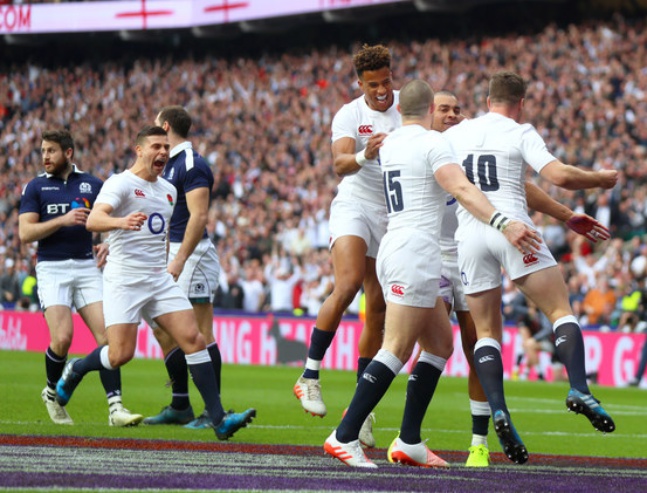 END_OF_DOCUMENT_TOKEN_TO_BE_REPLACED

It seems like everything which England have been practicing on the training ground over the past number of weeks came to fruition in those 80 minutes and this is something which England captain, Dylan Hartley alludes to when speaking to BBC 5 Live Sport in the aftermath of that massive win.

"Our preparation has been second to none, we leave no stone unturned. That week off was not a week off!

"It was a hard graft, the coaches pushed us hard but it's all in preparation for this game today. We put the work in and we'll enjoy the success tonight."

England have already won this year's championship with one game to spare and when the interviewer mentions this, Hartley's reaction could spell trouble for Ireland next weekend.

"It feels a bit weird when you said we have retained the Six Nations because it doesn't feel like it until we win next weekend...We see it as another step for the team to get better so we will put all of our focus into that game."

Finally, when quizzed on whether the team are thinking about breaking the world record for Test wins, Hartley had this to say:

"No, we're just focusing on the game and the Grand Slam."

Ireland will have one hell of a battle on their hands next weekend.

"You say we've retained the #SixNations, until we win next weekend it won't feel like it." - @EnglandRugby captain @DylanHartley pic.twitter.com/S3VCLbz6Tg


popular
"I went up to the Italians and gave them a big auld shoulder" - Paul O'Donovan does it again
Man United have 'decided to sell' promising midfielder James Garner
Jamie Carragher on the two Man United players Erik ten Hag can't trust
Wexford Under-20 lights it up as Ferns win their first ever county title
Wexford, Waterford and Kilkenny down some good men as Australia calls
Graeme Souness under fire for calling football a ‘man’s game' while sat with Karen Carney
Luke Chadwick recalls furious Alex Ferguson reaction when he rejected loan move
You may also like
2 weeks ago
“My confidence was on the deck" - Aaron Connolly explains why he has made the move to Italy
2 weeks ago
Every Irish transfer in football, this summer, as several big deals get done
3 weeks ago
Six Irish players make damn impressive 'World XV' that would take some beating
3 weeks ago
The frontrunners for Ireland's 33-man squad for the 2023 World Cup
3 weeks ago
All Blacks media manager explains why Ian Foster appearance was cancelled after Ireland defeat
3 weeks ago
Warren Gatland selects nine Irish players in his strongest Lions XV, right now
Next Page