"Everyone’s wondering where Alun Wyn Jones is, and he’s the back-up to Mr. Maro Itoje."

You really have to hand it to Dylan Hartley and his commitment to the piece.

Often lambasted by Scottish, Welsh and Irish fans, during club and country engagements, former England captain Dylan Hartley has never been one to row with the tide.

END_OF_DOCUMENT_TOKEN_TO_BE_REPLACED

Now retired, Hartley is tipping away in rugby punditry and is the latest brave soul to step up and name his Lions XV. Hartley never made a British & Irish tour, although he was selected for the 2013 squad until some verbal abuse of Wayne Barnes saw him receive a lengthy ban. 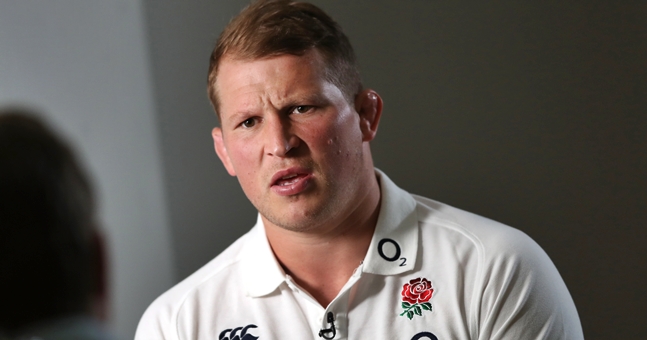 On The Offload podcast, Hartley named his starting XV for the Lions Test Series and went against the current grain by selecting six English players.

END_OF_DOCUMENT_TOKEN_TO_BE_REPLACED

While few would have batted an eyelid at such a number, back in January, England endured a wretched Six Nations [fifth place finish] campaign, Saracens are slugging away in The Championship and the form of their club sides in the Champions Cup has been poor.

Hartley has only one Welsh forward in his starting pack, and says Alun Wyn Jones - tipped by many for Lions captaincy - would be on his bench, backing up Tadhg Beirne and Maro Itoje.

Beirne, Robbie Henshaw and Tadhg Furlong are the only Irish starters, while both Keith Earls and Simon Zebo would definitely making his touring squad. George North was originally selected at No.13 but Henry Slade [a Hartley back-up] comes in there after North suffered a season-ending ACL injury.

Cian Healy and James Ryan are another couple of Irish players that would make Hartley's wider squad, and press for Test selection.


popular
Jamie Carragher on the two Man United players Erik ten Hag can't trust
Jurgen Klopp reacted like everyone else to Darwin Nunez headbutt red card
Carragher and Neville brutally name Man United's biggest transfer flops since 2013
"I went up to the Italians and gave them a big auld shoulder" - Paul O'Donovan does it again
Man United have 'decided to sell' promising midfielder James Garner
Wexford, Waterford and Kilkenny down some good men as Australia calls
Wexford Under-20 lights it up as Ferns win their first ever county title