Dylan Hartley: The definitive rap sheet for the England hooker

Is Dylan Hartley the Lions captain we need or deserve?

The campaign to have a player who most admit is inferior in his position to Rory Best selected for the Tourists' Test team ahead of the Ireland captain has been growing, but may have hit a significant bump in the road on Friday night.

The England captain ended an unusually lengthy period of good behaviour in some style, lamping Seán O'Brien during Leinster's rout of his bedraggled Saints side.

END_OF_DOCUMENT_TOKEN_TO_BE_REPLACED

Biting, gouging, punching and the most heinous of crimes in rugby, abusing the refereen have all landed the Saints hooker time on the sidelines.

HIs latest infraction will bring to over a year the amount of time he has lost through bans and suspensions.

So, in chronological order, here's what Hartley has done in his career that he shouldn't have. 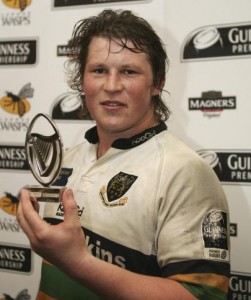 On May 29 2015, Hartley was axed from Stuart Lancaster's World Cup squad. He commented, 'I am devastated with what has happened and the position I have put myself and the England team in. I would like to apologise to Jamie, Stuart, and my team mates both at Saints as well as England. What happened is not acceptable and I understand why this decision has been made.' 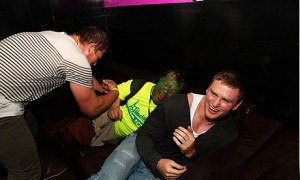 
popular
Kylian Mbappe reportedly wants PSG to sell Neymar
"The economy was one of the big reasons" - Cadogan's move from an electrician to personal training
Eamon McGee just couldn't help himself with Armagh-melee tweet
Strongest Ireland team to face New Zealand in Test opener, after squad set-back
QUIZ: Can you name these 50 Premier League players from the 2010s?
Mike Lowry and Peter O'Mahony in First Test contention as Ireland shuffle deck
Robert Finnerty's strut up to the penalty spot was the stuff of legend
You may also like
6 years ago
WATCH: CJ Stander gets horribly gouged by Josaia Raisuqe in first half
6 years ago
Cian Healy has been cleared to play against Toulon
6 years ago
Leinster confirm intention to appeal Cian Healy's "unfair" suspension
6 years ago
Ulster made history with dominant Champions Cup victory over Toulouse in Belfast
6 years ago
Rescheduled Champions Cup matches give Munster and Ulster unbelievably tough January
6 years ago
OPINION: Leinster's senior stars should carry the can for Champions Cup failings
Next Page