How are people still bleating on about CJ Stander and it being wholly wrong to represent Ireland.

In January, Stander was the only foreign [Irish-qualified] player to be named in Joe Schmidt's 40-man training squad for the Six Nations.

He is not the first player to fulfil World Rugby's three-year residency rule and line out for Ireland but he is definitely the best. And still his name is dredged up when rugby's current residency laws are discussed.

Stander has ticked every box and surpassed every marker to prove he wants to be here. His teammates know it and most Irish rugby supporters know it.

His all-in performances for Munster and Ireland have even won over a man who was initially reluctant to the concept - Donncha O'Callaghan.

Having played alongside Stander in 2013/14, O'Callaghan has a great insight into what makes him tick. He says:

"He is such a squad player. He loves the boys.

"For me, as someone who would think of the [three-year] residency rule and really question it, CJ really blows it out of the water for me because he loves Limerick, he loves Munster and he loves playing for Ireland. It means everything to him.

"When I see him going out, I'm just massively proud because I know how much it means to him. And that's what makes him play so well. He is emotional, boy, and he just wants to play well every week.

"I suppose when you listen to an accent sometimes, you can be fooled by things but he is a proud, proud man." 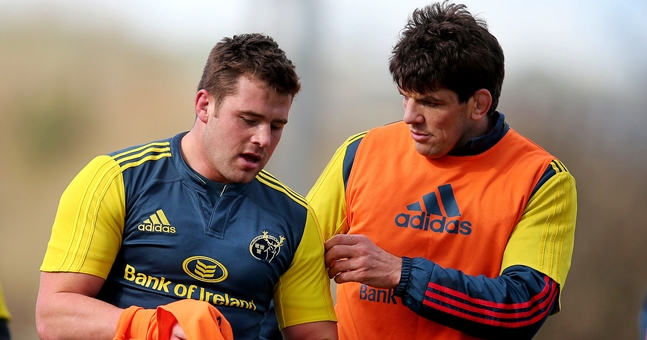 O'Callaghan's choice on Ireland's best player from the 63-10 victory over Italy may not go down too well with Munster fans. He fully agreed with Kevin McLaughlin's choice.

"Kev's point is 100% spot-on. I watched that game and thought the exact same thing - Jamie Heaslip is man of the match." 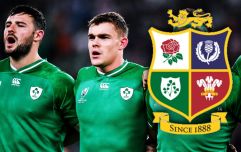 END_OF_DOCUMENT_TOKEN_TO_BE_REPLACED

While McLaughlin praised the flanker's flat positioning for his first try, O'Callaghan's favourite of his hat-trick was the third.

After good work from Cian Healy and Devin Toner at the ruck, Conor Murray has plenty of time and Stander is ready and waiting. However, there is still work to be done.

"It's so easy to say that he just runs it in but he actually does the 15 and no-one gives him any credit for that," says O'Callaghan.


popular
Rio Ferdinand recalls Roy Keane sparking out United youngster in training
The SportsJOE 12 o'clock quiz | Day 309
Sean Cavanagh speaks nothing but sense about what GAA players should do in the gym
Robbie Henshaw one of three Irish players deserving of Lions Test XV
Referee Mathieu Raynal puts Sexton in his place after TMO mess
"I feel it is important to provide people with some context surrounding this photo."
Jamie Redknapp's face after going toe-to-toe with Roy Keane as Matt Doherty caught in the crossfire
You may also like
6 hours ago
Full text of Craig Casey's interview after lively Ireland debut, and initiation song
6 hours ago
Ireland release Craig Casey, Bundee Aki and 11 more back to provinces
9 hours ago
Johnny Sexton's post-match comments hint at way to prolong Test career
1 day ago
Tadhg Beirne now delivering what so many of us knew he was capable of
2 days ago
Sexton compares "brilliant" Irish debutant Craig Casey to Jonny Wilkinson
2 days ago
Will Connors locks down No.7 jersey with two rapid succession plays
Next Page