Donncha O'Callaghan is concerned about leadership in this Irish team

Is this a serious issue?

The main talking points surrounding Ireland's loss to Wales at the weekend have been their lack of ingenuity in attack, an absence of a plan B and an over-reliance on the performance of the pivotal half-back duo of Conor Murray and Jonathan Sexton.

One thing which is important to remember, though, is that Ireland had Wales under significant pressure for large periods of Friday night's encounter at the Principality Stadium.

However, Ireland, like on a number of occasions before, failed to convert this pressure and territory into points on the board. 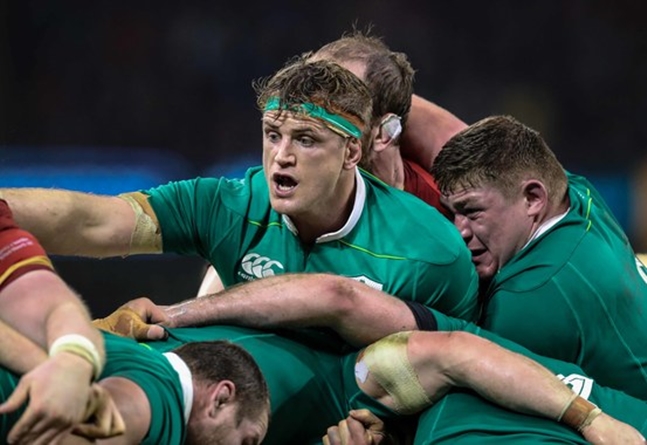 If you take a look back to the days of Munster in the Heineken Cup, the men in red would build scoreboard pressure through penalty kicks - slowly but surely, sucking the life out of the opposition before eventually landing the killer blow.

There is an argument that this type of gameplan should be employed more heavily by Ireland, especially in the fine margins of international Test rugby.

Donncha O'Callaghan, who has witnessed this type of play firsthand throughout his Munster career, believes this is some something which Ireland should be doing more often.

“My biggest query, and its even been since the Italian game which went our way. If you look at France-Italy yesterday, France are away from home, you take your points when they’re on offer," O'Callaghan said on The Hard Yards.

After 15 minutes of Friday night's game, Ireland found themselves 3-0 up and had won a penalty deep inside the Welsh 22 thanks to a barnstorming run from CJ Stander.

Ireland opted to kick to the corner when the three points were on offer.

Yes, the kick was from a difficult angle but it would have been on Jonathan Sexton's good side and you would expect a kicker of his quality to convert.

O'Callaghan believes that these kind of decisions could be down to a leadership issue within the Ireland team.

"Maybe I’d question the leadership within scoreboard pressure...just to get three, six, nine...get clear and then they (Wales) are chasing the game a bit more. I thought we turned down points early in the game which we should have knocked over.”

There is definitely an argument to be made for keeping the scoreboard ticking over, especially when you are playing away from home in a highly attritional Test match.

Perhaps this is another thing which Ireland got wrong on Friday night.

popular
Roy Keane story shows the power he had at Manchester United
McGregor admits shout from Dustin Poirier's corner got inside his head
McGregor's first words to Poirier after defeat show where the damage was done
Dustin Poirier annihilates Conor McGregor to earn stunning UFC 257 victory
Khabib Nurmagomedov reacts to Conor McGregor's shock UFC 257 loss
Jolie Poirier certainly let her voice be heard after her husband's win over McGregor
He'll be remembered as a footballer but Keith Higgins has always been a hurler
You may also like
22 hours ago
Two uncapped Munster players backed for Ireland's 2021 Guinness Six Nations squad
5 days ago
"That was the one game that I cried after" - Mike McCarthy
5 days ago
QUIZ: You'll need to be a massive Ireland fan to get all these one-cap wonders
1 week ago
Ireland's best uncapped prospects for the Guinness Six Nations
1 week ago
Darren Cave tells House of Rugby about one part of rugby he definitely doesn't miss
1 week ago
"He's ruptured his hamstring off the bone and he’s trying to get up into the defensive line"
Next Page