"I can see him doing this more often."

Connacht's topsy-turvy season continued at break-neck speed, on Saturday, as they put Ulster's feet to the fire and claimed an impressive bonus point win. While many were raving about established stars, the form of two Connacht flyers - Diarmuid Kilgallen and Mack Hansen - bode well for the coming games.

Andy Friend's side went into their United Rugby Championship date with Ulster off the back of three defeats in their opening four games. They were in good positions to claim away wins over Cardiff and Munster but let both chances get snatched away.

END_OF_DOCUMENT_TOKEN_TO_BE_REPLACED

At the Aviva Stadium, after ceding home advantage to play on the bigger stage, Connacht put a beating on an Ulster side that came in as league leaders. Conor Oliver got Man of the Match and Jack Carty was in top form, but Connacht fans will be giddy over the contributions of try machine Mack Hansen and 21-year-old prospect Diarmuid Kilgallen.

In the latest House of Rugby URC episode [LISTEN from 7:00 below], Greg O'Shea told fellow hosts Megan Williams and Jason Hennessy all about Kilgallen, and how highly rated he is in Irish rugby circles. 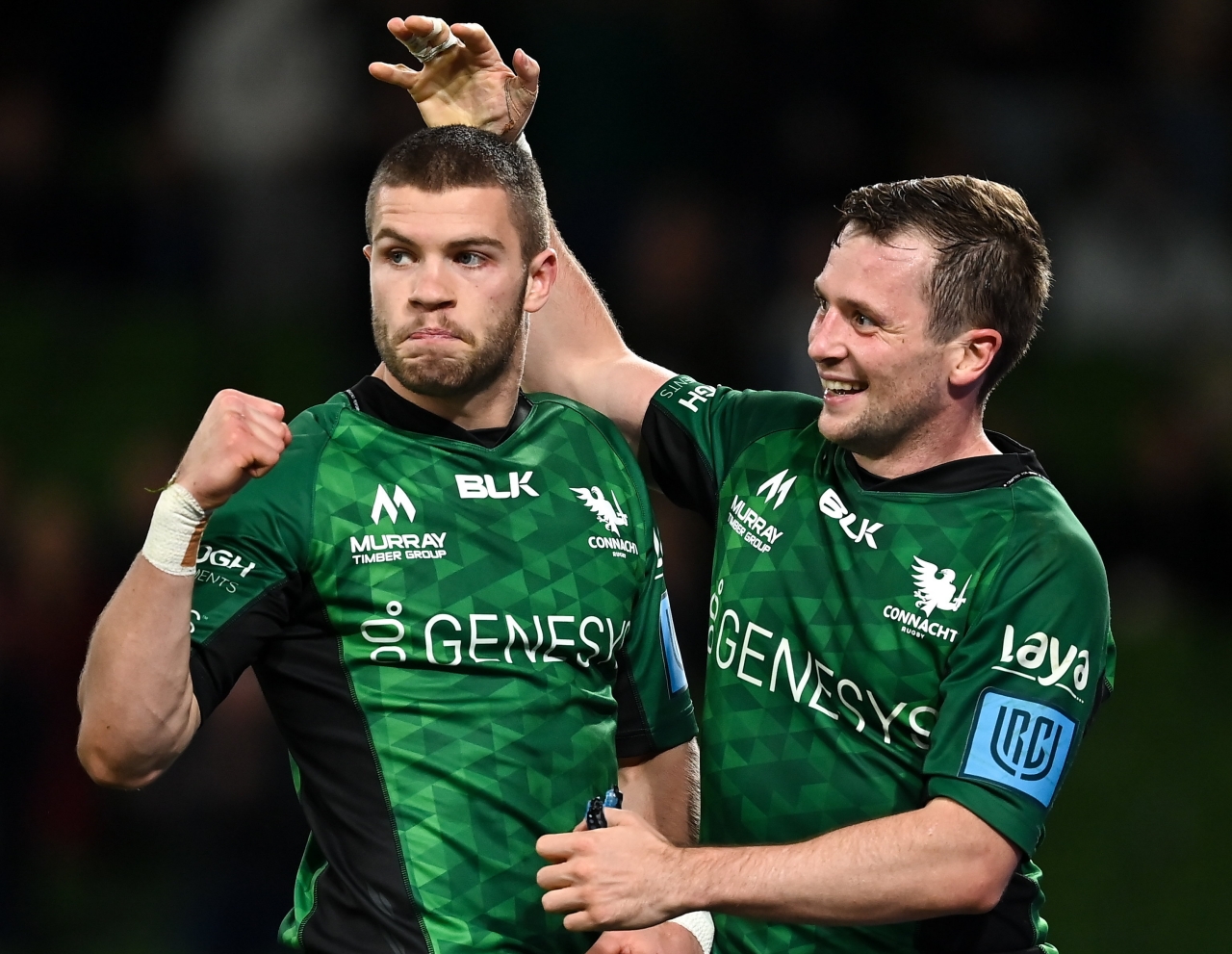 Kilgallen has been talked up by those in the know, in Connacht, for the past couple of years. He made his senior debut in the inter-provincial games at the Aviva Stadium, last August, and has been in with the Ireland U20 and senior Sevens squads.

Greg O'Shea, who retired from rugby after playing with Ireland Sevens at the Tokyo Olympics, speaks glowingly of the youngster.

"He came into the Sevens squad for a few weeks and his scores are off the charts - his jumping, his speed. He's one of the best athletes, if not THE best athlete I've ever seen in the last while.

"He's definitely up-and-coming, and I can see him doing this more often, every week, even, if he gets the game-time."

"Mack Hansen can't stop scoring tries," remarked Jason Hennessy after the Irish-qualified Australian winger bagged a brace against Ulster. "I'm sick of talking about him at this stage!

"Every week in the show we have a Mack Hansen moment. I think he's been up for Try of the Week with his two scores, so far, this season."

END_OF_DOCUMENT_TOKEN_TO_BE_REPLACED

Even though they have only two wins from their opening five games, O'Shea believes the Westerners are building nicely and should do okay if they steer clear of injury issues. With the URC stopping during Test windows, that should negate some of that injury threat.

"You have to remember that Bundee Aki wasn't even playing and he's arguably the top centre in the country," O'Shea added. "Good things are happening at The Sportsground and it's looking positive for the rest of the season."

For former Ulster and Ireland back-row Chis Henry, he feels Connacht have a 'good spine' and an "outstanding" back row with Paul Boyle and Conor Oliver leading the charge.

If the forwards can replicate that sort of targeted aggression and purpose they showed against Munster and Ulster, over the past two games, backline stars like Hansen and the equally exciting Kilgallen should, as a result, prosper,