Devin Toner: Leinster culture does not need to be reviewed

Ireland and Leinster second-row Devin Toner has said that his province’s culture does not need to be reviewed in the wake of two end-of-season incidents.

The IRFU sanctioned Leinster flanker Sean O’Brien on Monday following its investigation into ‘an incident of inappropriate behaviour’ last month after the province’s PRO14 final win whilst there was also said to be a separate incident between a former player and an academy prospect at a post-season celebration.

The IRFU said in a statement that O'Brien has expressed deep regret about the incident and added that he has been sanctioned in line with the provisions of his contract.

However, questions have been raised over the values of the club and Toner has said that mistakes were made but that the culture of the club is in a good place. 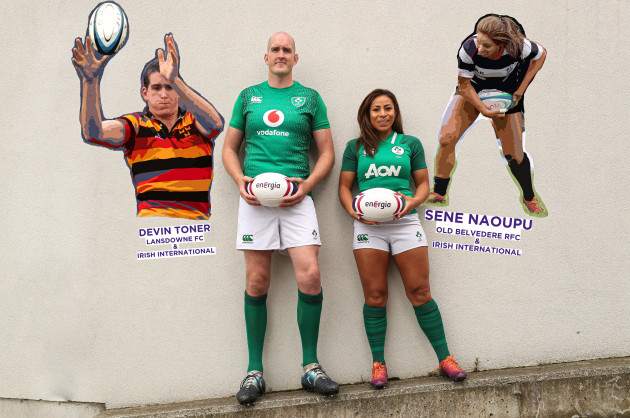 "I don’t think there’s a need to review anything, to be honest. It is a player-driven thing," said Toner at an Energia event where the company announced their new sponsorship of both the men’s and women’s All-Ireland league.

"The people that have been involved know that it’s not what they do, and it’s not what we do. There have been apologies and they’re two isolated incidents, and that very rarely happens."

The perpetrator of the incident with the academy player was invited along to a club event the following day and was even brought on stage but Toner said that those matters are out of his control.

"It could have been handled a bit differently but, again, I'm not in the position to be doing that as well."

END_OF_DOCUMENT_TOKEN_TO_BE_REPLACED

With regards to matters on the pitch, Ireland gathered in Carton House last week for the first of many pre-World Cup mini-camps and Toner has said that the squad have wasted no time in getting back on the pitch after a disappointing Six Nations campaign.

"It's everything. We're doing conditioning and running, doing a bit of D, tackling and everything," added Toner.

"I was talking to Simon (Easterby) on Monday and said 'when are we doing line-outs?'
'Tomorrow'! Usually you get a week or two before you get into rugby stuff. But obviously we want to get everything in."


popular
World Cup 2022 Day 12: All the major action and talking points
The FootballJOE Qatar World Cup 2022 Geography Quiz
From Ireland to Argentina: Alexis Mac Allister's Irish roots explained
France demand FIFA change result of World Cup defeat over 'rule break'
Cristiano Ronaldo 'agrees £173m-a-year deal' with Saudi club
"Nowadays, even if I don't hit a ball, I don't care as long as we win" - Gleeson learning from the past
Castleknock's Warnock the hero as Maynooth win first ever Ryan Cup final
You may also like
4 hours ago
From Ireland to Argentina: Alexis Mac Allister's Irish roots explained
6 days ago
Former England international admits he wishes he had played for Ireland
1 week ago
Two baffling omissions as four Ireland stars make World Rugby 'Dream Team' of the Year
1 week ago
Josh van der Flier claims World Rugby Player of the Year at Monaco ceremony
1 week ago
"Highlight of my Ireland career" - Behind the scenes as Jack Crowley and Ross Byrne covered for a legend
1 week ago
Bundee Aki reminded us all of his best qualities, on a night Ireland couldn't do without him
Next Page