You would want some balls to give out to Devin Toner.

The lock is an absolute giant and to be honest we'd be scared to even ask him to pass the salt, but Johnny Sexton clearly has no bother ordering the giant second row or any of his Irish colleagues to get into position in the middle of a game.

Racing Metro coach Bernard Labit revealed on Monday that the club and the Irish No 10 did not always see eye-to-eye with everyone at the club, and that the Leinster man was sometimes more than a little bit abrasive with his team-mates at training and in games.

END_OF_DOCUMENT_TOKEN_TO_BE_REPLACED

Labit revealed that Sexton's colleagues described him as the 'Zlatan Ibrahimovic of rugby' due to his behaviour and sometimes over-the-top anxiety around games.

And ahead of Sunday's World Cup clash with France in Cardiff, Devin Toner admitted that Sexton can often be a little bit cranky on the pitch:

“If lads aren't getting their roles right, but he's not going to do it for the sake of it, he'll be doing it because there's a reason behind it.

“It will be because lads aren't in the right position or knowing their roles, so I think it's hugely positive for the team.

“Obviously they weren't used to it, but we're glad to have him back to be honest. I've played with Sexto since schools rugby so I'm pretty used to it to be honest. They mustn't have been used to that, but it's a hugely positive thing for the team." 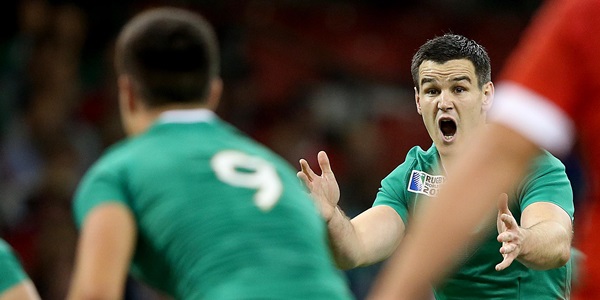 Toner admits that Sexton's vocal style could upset some colleagues, but for any Irish players who have worked with the No 10 for years, it's almost become second nature:

“You know when you've done something wrong."

Sexton is widely regarded as one of the best players in the world and is a key part of Joe Schmidt's game plan. But does his style ever annoy annoy of his team-mates and cause friction. Has anyone ever spoken back to the outhalf?

“It has happened, but no examples really spring to mind to be honest.If it's a tight game lads would go back. I don't know whether they're trying to paint it out as a negative picture or not, but it's 100 per cent not. He drives the lads to be better, and you want to be better when you're playing with him."

Advertisement
Toner admits the comparison to Ibrahimovic was a surprise and the squad would never think of Sexton as an egomaniac, as the Swede is sometimes seen:

“Well we couldn't even fathom that.

"He's just another player with us, he's not big-time, he's the 10 who runs the show. He's not big-headed, he's a very down-to-earth guy. So we don't recognise that at all.

"I think he grew into it. Back when we were playing schools rugby he probably wasn't as dominant, but now he's older and he's learned the game and grown into it."


popular
Galway fans' frosty reception for Davy Fitz doesn't make any sense
The most Stone Age tackle you've ever seen gets South African lock straight red card
'Brian was a genius... he would've killed you to even win a game of touch'
Ryan Manning hacked to the ground by Henri Lansbury in ruthless assault
"Johnno went, 'We’re not moving! You're trying to mess us about!'" - Ben Kay recalls red carpet controversy
Wallabies star bounces off Duane Vermeulen like a brick wall, gets yellow-carded
Final question of Ryder Cup press conference has Team USA in all sorts of trouble
You may also like
1 year ago
"It was a complete and utter shock when Joe's name came up on my phone" - Devin Toner
1 year ago
Sinckler a stand-out, but more consistency needed - Flannery
1 year ago
"We haven't got a long-term or short-term estimate of when Joey is back" - Stephen Larkham
1 year ago
House of Rugby team agree on seven players in World Cup 'Best XV'
1 year ago
Pieter Steph Du Toit locks down World Player of the Year award
1 year ago
Kyle Sinckler knocked out by Maro Itoje elbow after only two minutes
Next Page