"We had to drag him off. He was cramping up in both calves. He wouldn’t come off and we had to order him off in the end."

Michael Cheika was not the only man in awe of David Pocock after his brutalising return to Test rugby.

The Australia coach raved about Pocock's man-of-the-match performance against Ireland, to local broadcaster Channel 10, after the flanker pillaged countless rucks, carried and tackled with vicious intent and scored a late try in the 18-9 win.

END_OF_DOCUMENT_TOKEN_TO_BE_REPLACED

Given that Pocock's latest monumental outing was his 67th time to wear the green and gold, Ireland can't claim to have been caught on the hop. Nine years ago, at Croke Park, he crucified us at the breakdown and few have figured him out, not even the rule-makers at World Rugby. When he gets his body into position around the ruck, he is nigh on impossible to neutralise.

Ireland had trained all week for Pocock and fellow flanker Michael Hooper and they tried to keep him out of as many rucks as possible by holding him on the deck during phases and tasking Jordi Murphy and Iain Henderson with trying to blow him out of the breakdown. Pocock kept coming, though. Relentless and insatiable.

Pocock's raw figures from the First Test in Brisbane were preposterous:

END_OF_DOCUMENT_TOKEN_TO_BE_REPLACED

Pocock is just so damned hard to shift once he gets set over the ball. 10 minutes into the game, Keith Earls was brought to ground and Pocock dipped in for a poach attempt.

Joey Carbery and CJ Stander both tried to wrest him away and eventually succeeded but the ball was held there for nine seconds. Slow ball and the Australian lines well set. 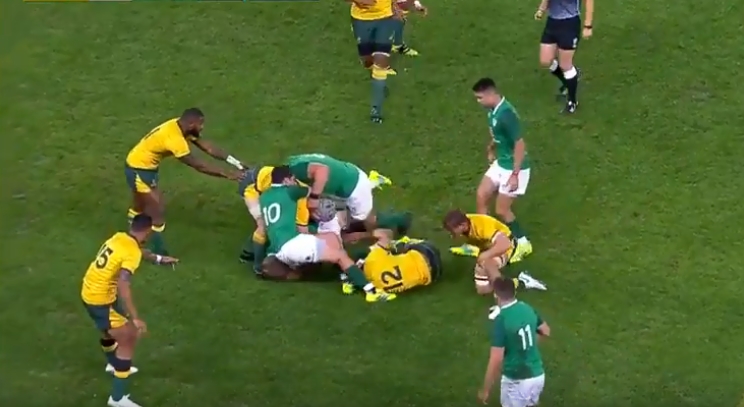 The Irish tactic of trying to tie Pocock up, off the ball, was again apparent here as Earls tangled with the flanker and prevented him from getting to the next breakdown.

END_OF_DOCUMENT_TOKEN_TO_BE_REPLACED

It was a good idea but Pocock always finds a way of getting himself into games. He was spared in a lot of Australia's attacks [placed out on the wings] but came alive when Ireland had possession.

18 minutes in and, moments after he felled Rob Kearney, the 30-year-old was back up and hunting again. Rob Herring made a carry, but Pocock and Marika Koroibete took him down and the flanker went to work, easily ripping the ball away from the Ulster hooker despite the best efforts of Robbie Henshaw, Joey Carbery AND Bundee Aki to clear him out.

Four against two but this one was all about Pocock's timing and strength.

25 minutes into the game and Pocock was punished for what looked to be a perfectly good poach. Marius van der Westhuizen did warn him early - 'Number 6, release!' - but the Wallabies star was on his feet the whole time and probably felt entitled to contest. The ref disagreed and Joey Carbery kicked Ireland 6-3 ahead.

As the half wound down, Ireland fell behind to a Bernard Foley try and Pocock played an important part in securing possession, from a Will Genia clearance, to set an attacking platform. Ireland have made a habit, of late, in scoring tries in the final, and added, minutes of each half but it was interesting to see Conor Murray kick the ball out of play after an Irish scrum, on 41:16. Ireland were in a mighty scrap and needed the breather.

The second half began with Ireland pressing from the off and Pocock adding another six tackles to his tally during the opening five minutes. At one stage, he dragged down James Ryan before springing back up to level Jordi Murphy.

The man can spot an opportunity to poach the ball a mile off. Seeing Robbie Henshaw stopped by Foley, and with only Carbery backing him up, Pocock got into a strong jackal position and clamped onto the ball. The Ireland 13 was pinged for not releasing.

Iain Henderson was the next victim of the turnover machine, on 48 minutes.

Kurtley Beale and Michael Hooper stopped the Ulster lock in his tracks and the Wallabies No.7 did well to drag him out of position so he could not make a clean presentation. 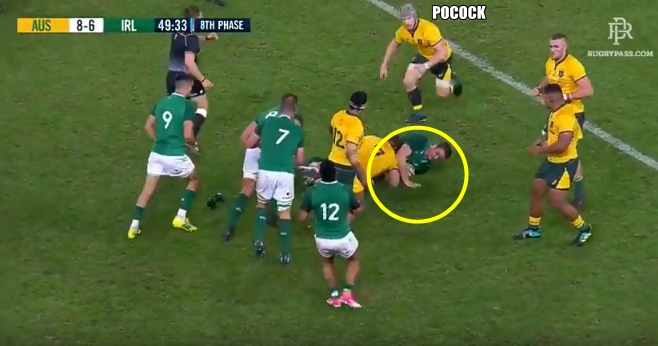 Conor Murray, CJ Stander and Jordi Murphy were all nearby but Henderson's awkward position, and Beale blocking the way, gave Pocock the jump over Ireland's two forwards. His hands were on the ball and it was a turnover despite Stander and Murphy trying the utmost to shift him.

Pocock, like the great Richie McCaw before him, plays on the edge and his next ruck involvement saw him concede his second penalty inside the Wallabies' 22. Robbie Henshaw made a strong carry and Pocock swooped, only to lose his footing. Van der Westhuizen told him:

There was another turnover on the hour mark, with Pocock arriving on the scene a split second after Samu Kerevi had flung Bundee Aki to ground. Marika Koroibete was on and two but Pocock was the one to steam over the top and shunt Henshaw out of the way. 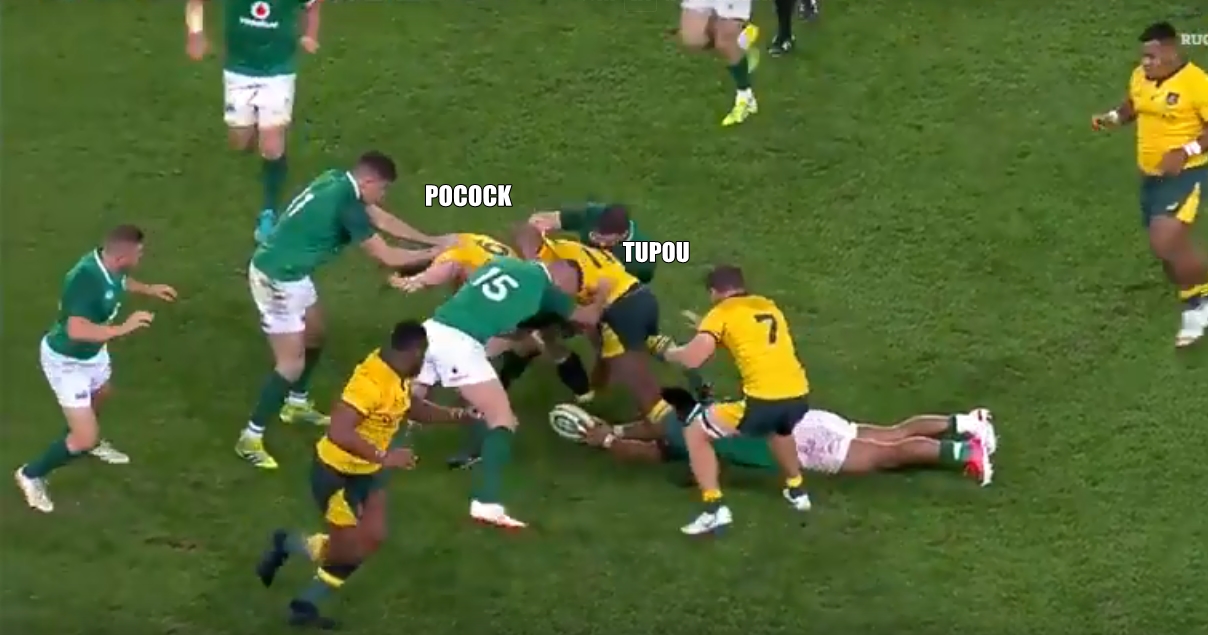 Taniela Tupou arrived to add some grunt and the ball was back in Australian possession. They broke right and scored through Israel Folau but the try was chalked off when video footage showed Adam Coleman taking out Iain Henderson off the ball.

Johnny Sexton and Sean Cronin had replaced Carbery and Herring but their errors [missed touch from a penalty and a neck-roll by the hooker] put the Wallabies in a great attacking position and it was time for Ireland to hold on.

The credit for the scrum penalty Australia won, on 68 minutes, to go 11-9 ahead will go to the front row but the shove from the likes of Rob Simmonds, Hooper and Pocock behind was crucial. Ireland were now trailing and many players looked out on their feet.

Australia sensed they were on the verge of cracking Ireland and took a tap-penalty to tee up what would be Pocock's final act of the game... his try.

After going through eight phases with the forwards, Genia found Foley out on the left flank. Genia swept over and spotted Pocock charging in. The ball was his and Pocock rammed past Jack Conan, Aki and Stander to get his eighth Test try [his first since the 2015 World Cup final loss to New Zealand and first ever on home soil].

That was it. Foley added the extras and Ireland were two scores behind with six to play.

Walking stiffly after addressing his teammates in a post-try huddle, Pocock looked every bit a man who had emptied himself for the cause.

18 months since he had played a Test match but sensational service had well and truly resumed.