Dave Kearney arrived into Leinster's sub academy a decade ago with the same misconception as most aspiring rugby professionals.

"I was eating as much pasta as I could take and then hitting the gym," he recalls. "Trying to get as big as possible in as short a time possible."

Now well established in the Leinster and Ireland set-ups, Kearney is on top of his carb and protein in-take. Leinster now have Daniel Davey in as senior performance nutritionist and most of the squad are given recipes and video tutorials that will see them right.

END_OF_DOCUMENT_TOKEN_TO_BE_REPLACED

Kearney has noticed that the latest sub-academy recruits are already on the same page. "Every schoolboy player knows exactly what they are putting into their body in terms of nutritional value, what will reduce body fat and help build lean muscle. They arrive in with the right physiques and practices."

It was not quite as easy for the Louth native when he was taking his first steps at Leinster. He fell into the trap of trying to get too big, too soon. He says:

"I was probably too light when I first came in. The immediate goal was to try and put on muscle and weight. I was lifting loads; six weeks in the gym just working out.

"I got a little too big after that and found I was sluggish around the pitch. I talked with a few of the senior lads and coaches and came to the conclusion that it was all about finding that balance; finding out what worked best for me.

Leinster's squad take on around 4,000 calories on heavy training days and days before a big match while down days will see them consume closer to 3,000. To put that into perspective, the average calorie intake for Irish men is 2,500.

Kearney going three or four kilos over his ideal playing weight may have held him back for a while so he could definitely emphatise with fellow Ireland winger Jacob Stockdale.

Earlier this season, the Ulster flyer told The Hard Yards:

Stockdale now takes to the pitch at around 102 or 103kgs - still pretty damned big but the lad sure can move. 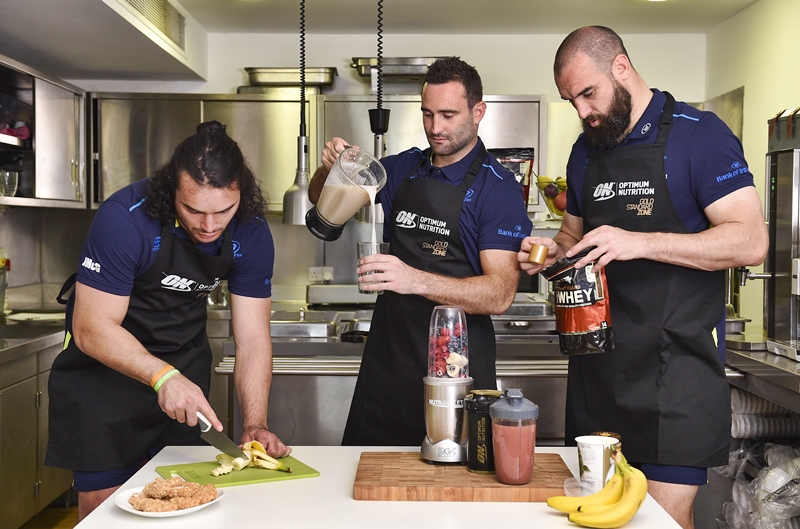