"We want athletes that can play rugby."

That is the requirement for rugby pros, these days, but many young players make the mistake of trying to bulk up to survive with the big boys.

Just about every top player will admit they yo-yoed for a while before they finally settled on the right weight for themselves and their game.

"In school," Conor Murray told us earlier this year, "people are probably obsessed with size and being as big as they can, and that's not necessarily a good thing. For certain positions, it is.

"I eventually found - and it was a couple of years when I was into professional rugby - a weight that I was happiest with playing at. It was the weight I felt I could be most effective at and play my best rugby at. That does take a bit of time and it is another area you have to figure out as an individual."

END_OF_DOCUMENT_TOKEN_TO_BE_REPLACED

Ulster and Ireland winger Jacob Stockdale would certainly agree with that statement. The Lisburn native is just over a month into his third senior season but recalls going gung-ho at gaining size in the mistaken notion that it would help him cope with the demands of the game. He says:

Stockdale quickly learned that bigger does not mean better and is now weighing in at approximately 103kg. The fact that he can clock 9.97 metres per second certainly helps and he has already recorded 14 tries in 27 senior Ulster appearances and one try in two Test outings. 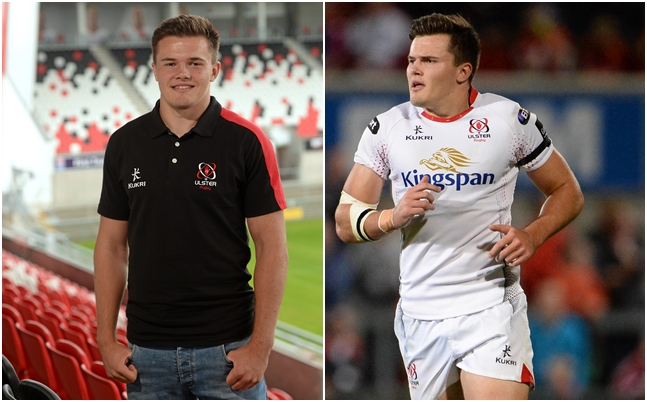 Ulster Rugby's head of strength and conditioning Jonny Davis is all too aware of young players taking the same path as Stockdale and feels each player will, with the right guidance, find the right path.

"There's a lot of misinformation out there," he says. "Kids come in and they think, 'Well there's an expectation here and I've just got to get big to play the game'.

"I think that's important, that the strength of the national system is you have a good academy so you have guys coming in from school. That's lower and upper sixth form [fifth and sixth year secondary school in Ireland]. They go into the sub academy and they're with us three times as week. They also go into our summer programme, where they are exposed to strength and conditioning programmes and rugby technical work.

"They have an underage interprovincial tournament in August and September, where they compete. If they are at the top level, they will move into the national Under 20s."

END_OF_DOCUMENT_TOKEN_TO_BE_REPLACED

"It takes them a while to find themselves as they are young kids becoming men in terms of the game. And then they look, in terms of Jacob's position, something like Craig Gilroy.

"If you look back at the photographs it shows you the change as sometimes the players don't notice it themselves. Gilroy when he first came - he weighed in at 85 kilograms, where he is now 91. At one point of time, he was heavier than that - 94 or 95." 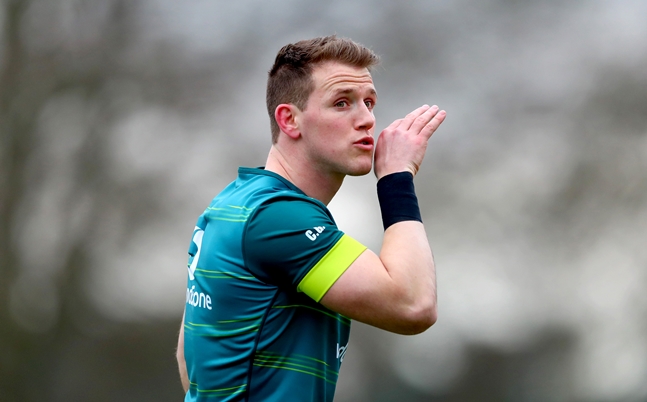 Davis explains the science behind size at Ulster:

"What we look at is strength to power ratio, strength to weight ratio and at which point does the player find the optimal weight. We're looking at body compositions as well. In certain positions, you may want size but we've got to have function with it.

"There's no point in being big if you're not fast, strong and agile. The best injury-prevention tool we can offer a player is strength so the stronger they are, the more resilient they are and the more robust they will be to deal with the rigors of the game."

"We try to provide an education in terms of the players. If they come in and there are schoolboy [players] and they are a little underweight, in terms of height, a by-product of getting stronger is you get muscle size and, with that, lean mass and fat mass."

"Over time," he adds, "we want to manipulate the fat mass so you're getting more lean. That's especially important when you're in a position like outside back."


popular
Shane Walsh: 'That's not how I was coached to play football. No one was coached to play football that way'
Allan Saint-Maximin pays tremendous, heartfelt tribute to Steve Bruce after sacking
Spicy Donegal semi-final the highlight of a rip-roaring weekend of GAA on the tv
Seven exciting Ireland prospects pushing for November squad inclusion
"It’s taken its toll" - Steve Bruce gives first interview after 'mutually consenting' to leave Newcastle
"Ah, come on!" - Richie Sadlier and Didi Hamann couldn't even agree to disagree on Griezmann's red
Derry club win county final factfile games with extravagant set of jobs
You may also like
1 day ago
"I'd love to finish on home soil but I can't see it. I won't be playing in the next Six Nations"
2 days ago
Ireland star Will Connors on his rude awakening playing GAA in KIldare
2 days ago
Andy Farrell's Ireland squad for November internationals to feature some exciting talents
3 days ago
Picking Ireland's best back row as multiple candidates hit early form
4 days ago
Caoimhín Kelleher could carve out a career at Liverpool
1 week ago
Will Connors on what it's like to play under Johnny Sexton's fiery leadership
Next Page