When Darren Cave takes to the Aviva Stadium pitch on Sunday afternoon, he will become the most experienced of the suitors for the No.13 jersey vacated by Brian O'Driscoll.

Ireland have played three matches since O'Driscoll retired in Paris. Cave, Jared Payne and Fergus McFadden have all had a chance to to stake their claim but, against Georgia, the 27-year-old gets second helpings. The opportunity to impress Joe Schmidt and his coaching staff, he insists, is the best he could hope for after an injury-impinged start to the season.

He says, 'I've been around the game a while now and sure it's a fickle world, professional sports is the most fickle thing. If ever I needed a reminder of that it's been the last couple of weeks. It was only two or three weeks ago I was on the phone to Joe, talking about how I wasn't going to be involved in the camp week. 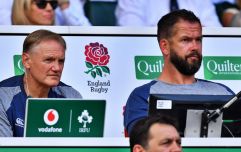 END_OF_DOCUMENT_TOKEN_TO_BE_REPLACED

'Then I got a phone-call from him, on Sunday, saying come on in to camp and I'm thrown in to play there. I'm delighted. It's a bit more unorthodox than normal but I'm ready to play.'

Cave revealed he was expecting the initial, disappointing call from Schmidt, in late October. 'This year at Ulster has been a bit stop-start for me. I got a shoulder operation in the summer, missed the first game I played my first game back. Then, the week after, I played eight minutes and popped a rib and struggled a wee bit. Jared came back from injury and played well. I just hadn't really got going.' 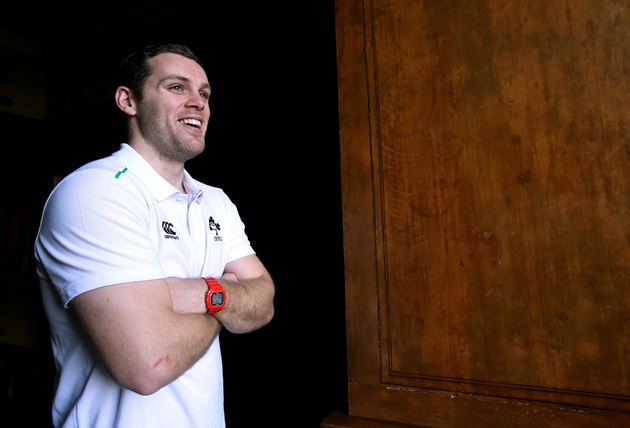 Given the fact that Cave has experience at No.12, it was somewhat surprising that Robbie Henshaw, who had 40 minutes of professional rugby in the role, started against South Africa. 'Robbie had a great game,' says Cave. 'The positions are different but similar, as well, if you get a few reps in a game and in training. Most centres can probably play both if they are given the opportunities. There are two centres slots in the team and if you can play either of them you have more chance of getting a game.' 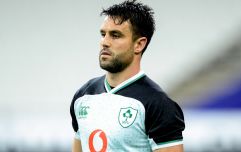 END_OF_DOCUMENT_TOKEN_TO_BE_REPLACED

Cave is looking forward to 'reaping the rewards' outside veteran centre 'legend' Gordon D'Arcy and believes he can lay down a marker at the Aviva Stadium on Sunday. He remarks, I only came in here Monday evening and got wind I might get a game on Tuesday. Only found out on Wednesday. It's such a cliche, but I haven't been worrying about the implications of playing. I've literally trying to find my feet, learning my detail, doing video and get ready to play.'


popular
Get him a tuxedo, give him the All-Star and for crying out loud, someone bring that man out to America
Southampton pay tribute as Shane Long leaves the club after eight years
Fans react to Tottenham Hotspur's 'brilliant tease' for Richarlison signing
Tiernan Kelly and three other players hit with ban following tunnel brawl
Mohamed Salah signs new long-term contract with Liverpool
Former England Under-21 captain open to playing for Ireland
The four stone-cold certainties for All-Stars even as early as this
You may also like
1 year ago
"I was more thinking of my family. It's pretty **** they're not here" - James Lowe
1 year ago
Conor Murray 'a genuine option' to start No.10 against England
1 year ago
One Ireland star tops our player ratings after Wales put to bed early
1 year ago
Liam Williams wasted no time welcoming James Lowe to Test rugby
1 year ago
"I didn’t know where I was really meant to be. I was running around like a blue-arsed fly!"
1 year ago
Seven changes as Ireland name team to face Wales in Autumn Nations Cup
Next Page