He just has to start against the All Blacks... especially now that Sean O'Brien is out.

Dan Leavy stole the show on Saturday night throughout his 42 minute cameo. Had he played the whole game he probably would have picked up the man of the match award, such was his influence.

Unfortunately Ireland lost veteran back-rower Sean O'Brien after 38 minutes, in what has since been confirmed as a broken arm that will require surgery. 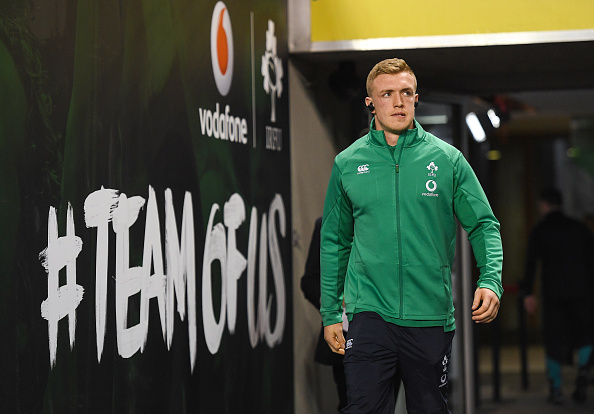 Leavy came in for the 'Tullow Tank' and performed excellently. Eight carries for 30 metres, seven tackles stuck, one impressive choke-tackle turnover and coming so close to a try before Luke McGrath scored from the resulting scrum. He threatened, and made ground, on both the left and right wings and showed lovely handling to keep attacks alive.

It's not surprising really, Leavy - a relative unknown at the time - rescued Ireland back in February when Josh van der Flier fell to a knee injury in Paris. He obviously then went on to be instrumental in Ireland's run to a first Grand Slam championship in nine years.

Leavy done the same on Saturday evening when O'Brien was forced off yet again, a trait that has become all to regular with the Carlow man at this stage unfortunately.

END_OF_DOCUMENT_TOKEN_TO_BE_REPLACED

Sky Sports' Alex Payne, filled in for Barry Murphy on this weeks episode of Baz and Andrew's House of Rugby, he posed the question to the former Ulster man that you have to feel sorry for Sean O'Brien. Whilst Trimble agreed, he awas also quick to highlight the positive impact it had with regards to Dan Leavy's performance.

"Actually, it was a negative and a positive in a sense. Dan Leavy – strangely, he was so good last season for Ireland. So good. We never would have found out how good he was, had [Josh] van der Flier not picked up that knock in Paris. Then Dan Leavy comes in and he was just incredible for the rest of the season." 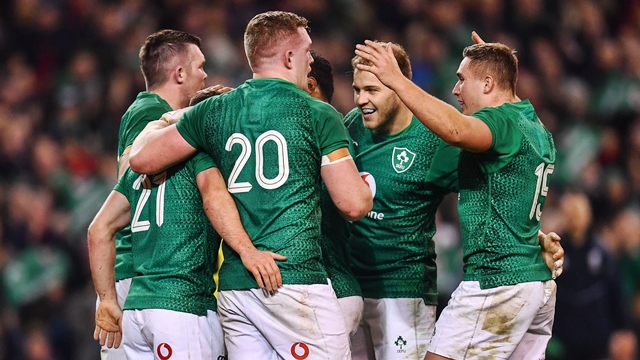 Trimble feels that such is the amount of options Ireland have for the number seven jersey, that Dan Leavy was almost forgotten about after the return of both van der Flier and O'Brien.

"He puts him on the bench and he was class off the bench; he was brilliant. He makes the team tick."

Is it really a tough call who starts at openside flanker this Saturday?


popular
Names beginning to emerge from Lions stand-by list for South Africa
The SportsJOE 12 o'clock quiz | Day 351
"I'd play it in the back garden if I could. We've been training for this since last September"
Player ratings as Man United and Liverpool play out goalless draw
"I’d love to do my Colin Corkery impression and play Junior B football. It depends on the body"
Player ratings as Liverpool beat Man United at Anfield
"Some people just have different passions" - Geezer sees where Clarke is coming from
You may also like
1 month ago
Everything you need to know about this year's Fairyhouse Easter Festival and Irish Grand National
1 month ago
5 really simple fitness tips you can do at home
1 month ago
Feeling they're not "good enough" prevents teenage girls from taking part in sport, research reveals
4 months ago
Praise for Connacht's big win and Ulster's emerging talents on House of Rugby
4 months ago
Marcell Coetzee tells House of Rugby about his vow to Ulster
4 months ago
Visit Vodafone’s Pop-Up Shop at JOE with heaps of offers on smartphones, smartwatches and more
Next Page