The IRFU were unclear on the exact nature of Leavy's injury but the Leinster flanker will be replaced by Josh van der Flier in the Ireland forward pack with Ulster's Jordi Murphy moving onto the bench.

Leavy sat out both Thursday's training session at Carton House as well as Friday's captain's run at the Aviva Stadium and represents yet another loss for Ireland head coach Joe Schmidt following Sean O'Brien's withdrawal from the Ireland squad this week following a fractured arm against Argentina.

Meanwhile for New Zealand Ryan Crotty is the only change from the All Blacks side to beat England last weekend with the Crusaders centre coming into the starting side for Sonny Bill Williams who misses out with a shoulder joint injury. Chiefs centre Anton Lienert-Brown moves onto the bench. 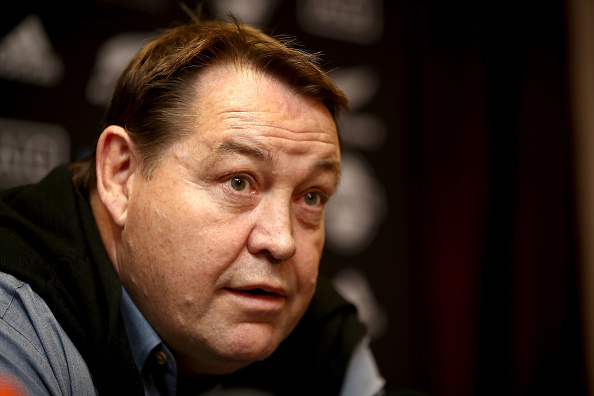 Steve Hansen: Johnny Sexton likes to get what he wants

New Zealand head coach Steve Hansen has said that Johnny Sexton likes to get what he wants but th...


popular
Names beginning to emerge from Lions stand-by list for South Africa
The SportsJOE 12 o'clock quiz | Day 351
"I'd play it in the back garden if I could. We've been training for this since last September"
"I’d love to do my Colin Corkery impression and play Junior B football. It depends on the body"
"Some people just have different passions" - Geezer sees where Clarke is coming from
Player ratings as Man United and Liverpool play out goalless draw
Adam Jones' Lions XV doesn't have a Scot in sight
You may also like
1 day ago
Ronan O'Gara will never forget his first encounter with Jonah Lomu 'in his pomp'
3 days ago
Ireland confirm summer Tests, in Dublin, against USA and Japan
1 week ago
Performances against England saw Bundee Aki and Jack Conan become Lions
1 week ago
James Ryan and Iain Henderson may be fighting for one Lions spot
2 weeks ago
Tadhg Furlong declared 'single most important player for Lions touring party'
2 weeks ago
"It's going to be the biggest thing in this person's life, ever" - Rory Best reveals his Lions captain pick
Next Page