Dan Carter kicked 19 points for the All Blacks as they won away from their homeland for the first time.

Here is how we rated both teams.

END_OF_DOCUMENT_TOKEN_TO_BE_REPLACED

Sloppy fumble gifted the Aussies an early scrum. Became the first ever player to be yellow carded in a World Cup final - remember that for your next table/pub quiz. Redeemed himself somewhat with a great steal and kick to set up Barrett's late try. 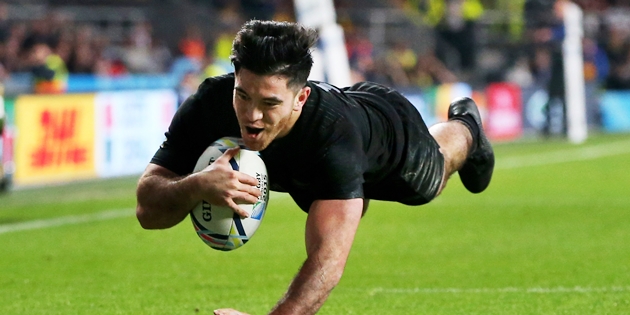 END_OF_DOCUMENT_TOKEN_TO_BE_REPLACED

Tapped at the door before kicking it down before half-time. Stayed patient, and wide, and a simple try followed. Set up Nonu for his try after the break. One offload went straight to Beale and nearly led to an intercept try. Didn't find touch with a clearing kick and it led to an Australia try.

Stripped Mitchell for an early turnover. Sublime line break to tee up the opening try. Came off at half-time.

Early line break and a fearsome fend-off for good measure. Made a crucial covering tackle on Kurtley Beale. A step from the Gods for his try, which left Beale on his arse. 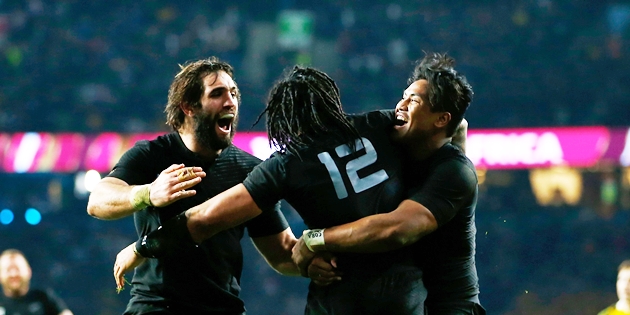 As a winger, he backed himself early on rather than teeing up McCaw for a try opportunity. Quiet afternoon pock-marked by strong carries when the call came his way.

Steady goal-kicking rewarded his team's endeavours. Somehow got back up after a monstrous Kepu hit and the steady kicks continued. Missed a conversion for the Nonu try and failed to find touch with one penalty. Cometh the hour, cometh the man - a 42-metre drop goal with 10 minutes to go knocked the stuffing out of the Aussies.

On Conrad Smith's shoulder to keep an attack alive before the opening try. Goaded and coaxed his forwards on all day and kept his backline well fed.

The Kiwi scrum creaked at the start but gradually got into the groove.

His lineout throwing was a thing of effortless beauty. Featured on either wing for ball carries.

Gave away a scrum penalty for an illegal bind. His afternoon improved thereafter.

Charged down a Genia clearance and won a turnover in the opening 10 minutes. A menace to the Australian lineout.

Never missed a tackle. Handy line-out option while he troubled the Wallabies darts. 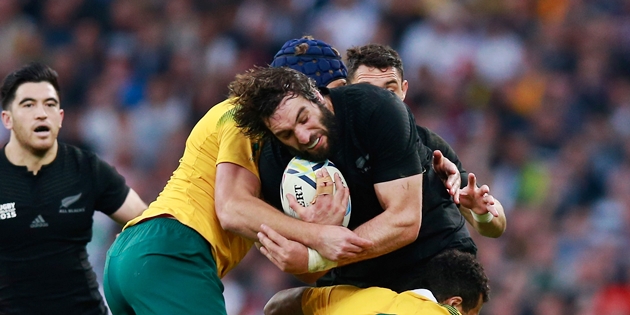 Started to show up in attack, on the right wing, as the Aussies wilted. Strong carries throughout. Lucky not to be carded for a high tackle on Pocock.

Strong strip on Fardy. Showed up in attack to set up Milner Skudder for his try. Stayed on for the entire 80 minutes and slogged relentlessly.

Was limping around after coming down awkwardly on his ankle after a third minute lineout. Bounced back strongly in the second half. 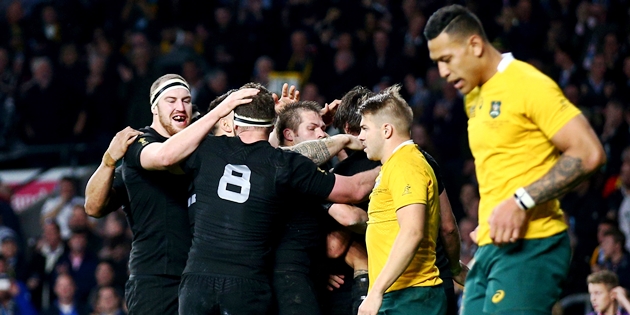 [On for C Smith '40] His first two touches were offloads and led to Nonu's try. Allowed one clearing kick to evade him as he lost his bearings.

[On for Franks '54] The scrum upped the ante when the big man came on.

[On for Joe Moody '58] Quality option to have off the bench.

[On for Milner Skudder '64] Covered the wing and staunched the Aussies down his flank.

[On for Coles '64] The steady lineouts continued when the old stager arrived.

[On for Kaino '70] Game was just about decided when he came on.

Brave as ever under the high ball. Has not had the most sparkling of tournaments and, with New Zealand keeping kicks away from him, he rarely featured.

Only contribution of note in the first half was to leap on Kaino's back as he threatened to score. Close to a scrambling try before Pocock's score.

Was easily stepped by Nonu, near the start. Huge hit on Retallick forced a knock on that wasn't spotted. Great support line led to his rousing try. 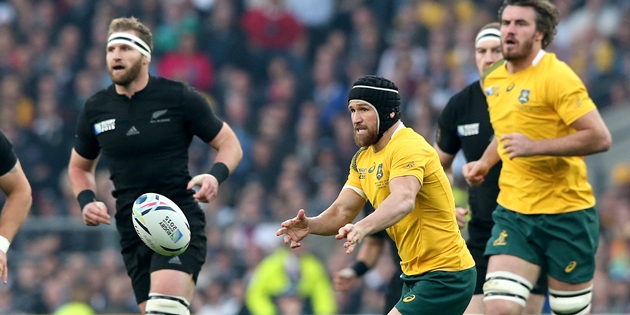 Could only contribute defensively as the All Blacks took the attack to his side. One defensive effort ended his game as he was skittled, and left concussed, by Retallick.

Will hate losing without ever really having swung a solitary punch. Most of his work was done bailing water in defence. One scything line break in the second half. Solid under high balls. Knock on gave New Zealand their final try.

Had an early clearing kick charged down and had to play most of his rugby in his own half for the opening 40.

Send an early message to his opposite number in the scrum. Did all he could for his side.

Gave away a needless penalty for not rolling away, which set up the Kiwis with an attacking lineout. His throwing was patchy, to say the least.

Was harshly penalised for a good, old-fashioned hit on Carter. Scrum ticked well apart from one crumple.

Directed the maul for Pocock's try. Missed a few too many tackles for anyone's liking.

Only lasted 13 minutes, and did fine, before succumbing to a horrific knee injury.

Had the ball stripped from him too easily by McCaw. Made up for it soon after with a turnover in his own 22. Was spent when he came off - slowed down as much ball as he could. 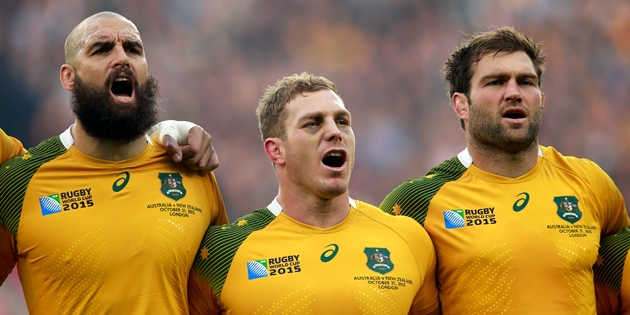 Enjoyed the hunt with his back-row partner Pocock. Secured a stunning poach under his own goal-posts. Ran out of gas near the end but a tournament to be proud of.

Was pinged for an early penalty by Nigel Owens. Otherwise good at the breakdown and powered over for a mauling try.

[On for Douglas '14] His team were guilty of missed tackles but not Mumm. Landed 15.

[On for Giteau '28] Left on his rear for that Nonu try. Sparked his side with an intercept and 40-metre break. His dink over the top set up Kurindrani's try.


popular
Brazil star responds after Roy Keane slates dancing celebrations
Roy Keane reacts to Brazil's jubilant celebrations in first half demolition job
World Cup 2022 Day 16: All the major action and talking points
Roy Keane handled Gary Neville’s goal celebration as most Irish fans would
Rory McIlroy explains 'falling out' with Shane Lowry that lasted a few years
Didi Hamann thought Brazil substitution was "disrespectful" to South Korea
Portugal boss could strip Cristiano Ronaldo of captaincy
You may also like
3 years ago
"It was a complete and utter shock when Joe's name came up on my phone" - Devin Toner
3 years ago
Sinckler a stand-out, but more consistency needed - Flannery
3 years ago
"We haven't got a long-term or short-term estimate of when Joey is back" - Stephen Larkham
3 years ago
House of Rugby team agree on seven players in World Cup 'Best XV'
3 years ago
Pieter Steph Du Toit locks down World Player of the Year award
3 years ago
Kyle Sinckler knocked out by Maro Itoje elbow after only two minutes
Next Page