Conor Murray reveals injury set-back we hadn't heard of before

Conor Murray says he is fully fit and ready to play again. Still, most of us won't feel sure until we see him hurtling a box-kick into the skies above Thomond Park.

The Munster scrum-half is coming up to eight weeks out of action and may be afforded two more weeks to fully recover from a stinger injury sustained against Wales. He blames a poor tackle technique for damaging nerves in his shoulder as he attempted to rip the ball from George North.

Murray confirmed to us, this afternoon, that he was available for selection this weekend. It will come as a relief to Munster fans but it may also shock several of them to read that he did fear for his rugby career at one stage.

"It's been a really frustrating six or seven weeks, with a setback in the middle," he said. "Had I not got that setback I would have hoped to be back a little bit sooner."

Pressed, later, on the previously unheard of set-back, Murray said:

"We think it was from the gym [the week of the Glasgow game]. I had done contact that week and I felt really good but it was probably my first time doing proper gym in a while and we think that we might have pushed myself a bit too hard.

"I tensed my neck when we I was training. That’s the only thing I can think of and the physios can think of. I strained and aggravated that nerve, just unsettled it a little bit. I had to wait for that pain to settle down."

As his spell on the sidelines went from days to weeks, and beyond, Murray sought out advice from anyone and everyone. Asked if he feared for his career, Murray responded:

"I would be lying if I said no. That thought comes into your head, 'Is it going to get better? Do I need surgery?' All those things. But talking to the physios, working with them, testing my strength every week, it was always improving.

"We were always on the right track. Seeing neurologists, getting second opinions, seeing everyone we could possibly see and everyone we saw was positive and upbeat about the upward curve I was on. That thought does come into your head automatically, because it means so much for me to be a rugby player and I have a good few years left still."

END_OF_DOCUMENT_TOKEN_TO_BE_REPLACED

Murray would have been keenly aware of how cruel rugby injuries can be as fellow Munster half back Johnny Holland was forced to retire at 25 due to recurring hamstring issues. Fellow scrum-half Cathal Sheridan has also been dogged by injuries.

He should be back in time to help Munster's PRO12 title push and sees a silver lining in his injury woes in the fact that he should be rested and sprightly for the Lions Tour to New Zealand, next month. 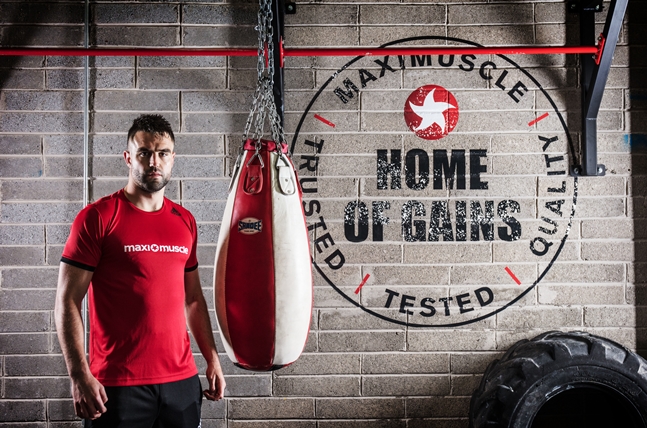 *Murray helped relaunch MaxiMuscle in Ireland with their 'Home of Gains' campaign. Their new range of protein bars are designed for anyone looking to quickly increase their protein consumption.