How decision to bench Conor Murray impacted on other Irish players

"We all had to compromise."

One of the coaching staff's compromises led to Conor Murray dropping out of the Lions Test XV and Iain Henderson missing out entirely.

Gregor Townsend is the Lions' backs and attack coach, and three of the backline for Saturday's First Test against South Africa are Scotland players. It is no coincidence.

END_OF_DOCUMENT_TOKEN_TO_BE_REPLACED

The Lions have laid their cards on the table ahead of that first crack against the world champions, on Saturday. Few would have picked the Starting XV that Warren Gatland has announced, and there are more surprises on the bench.

"Any of the 23s I saw from the experts and ex-players were all completely different too," said Warren Gatland at a press briefing, this afternoon. To the Lions head coach, just just proves how competitive this 2021 squad has been for Test jerseys.

The Kiwi opened the lid on how the team selection process is working on this tour. There was an initial chat after the Stormers win, last Saturday, and another on Monday evening, when the team was ultimately decided.

"I asked the coaches to come along with their 23s and they were all different," Gatland revealed.

"We all had to compromise. I know a lot of people think it’s the team that I select. It’s never been the way with Wales and the Lions. It’s important we all have an input.

"Not one of the coaches got the 23 they had come along to the meeting with and that’s credit to the players. It’s a great place to be in because there’s so many players putting their hand in."

Gatland said all of his coaches only agreed on four forwards and three backs. The rest was about compromise. 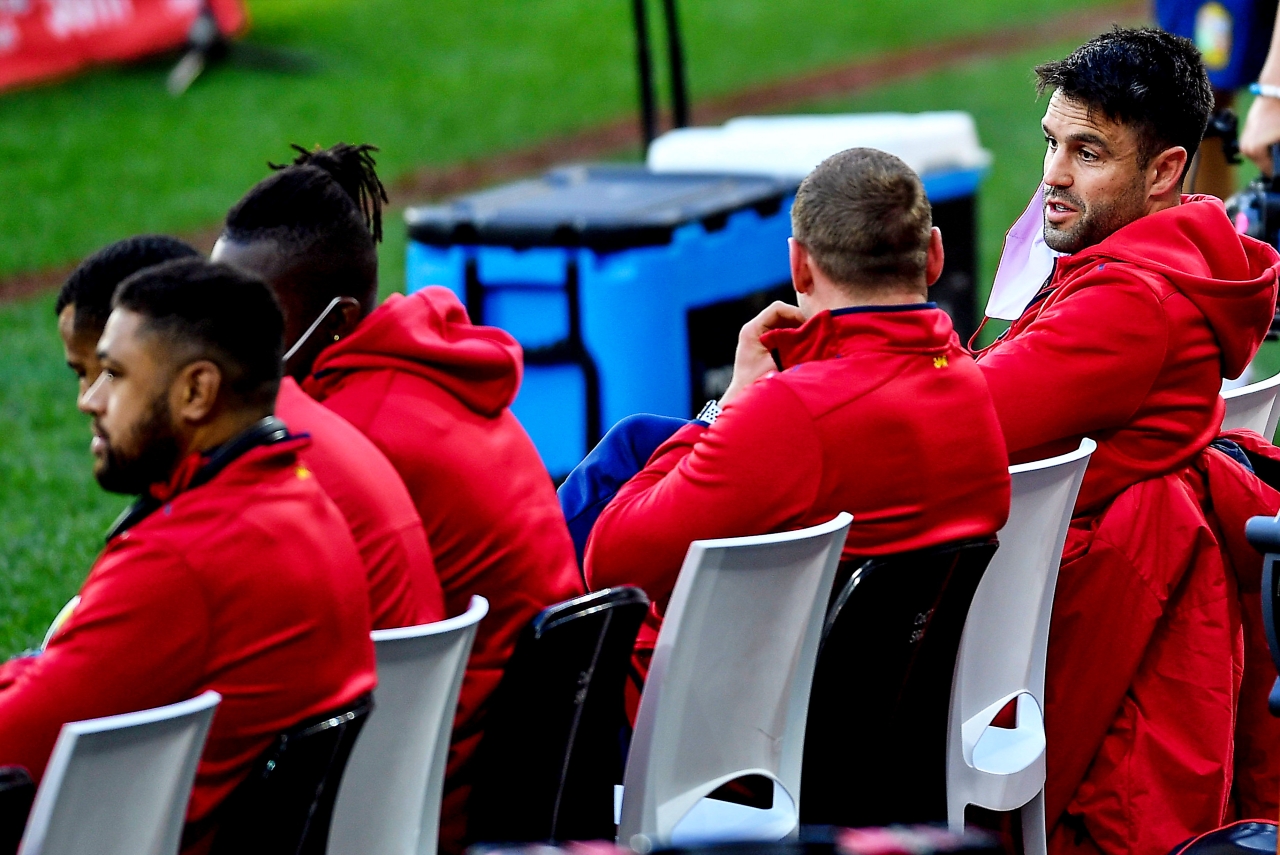 Conor Murray of British and Irish Lions, right, ahead of their tour game against Stormers. (Photo by Ashley Vlotman/Sportsfile)

END_OF_DOCUMENT_TOKEN_TO_BE_REPLACED

One of the biggest calls Gatland had to make was whether to select Alun Wyn Jones, his restored tour captain, on the bench or from the start. By kick-off on Saturday, it will have been four weeks since Jones dislocated his shoulder against Japan.

Ultimately, it was decision to start with Scotland scrumhalf Ali Price ahead of Conor Murray that made his mind up.

"It’s great in terms of [Alun Wyn Jones] making a brilliant recovery to make himself available again," said Gatland. "He had some time on the pitch last weekend. It’s fantastic.

"There was a lot of discussions. We did discuss whether we started him on the bench again. When the decision was made - when we were going to go with Ali Price - we felt we needed his leadership and experience in the second row.

"It’s a great boost to the squad and everyone to have him back."

Had Alun Wyn Jones been named on the bench, and Conor Murray been asked to captain the Lions, Iain Henderson would have started with Maro Itoje in the second row.

However, when Jones was put in from the start, Gatland and his coaches knew they could go with Tadhg Beirne on the bench. The Munster forward can cover second row and back row, as can starting blindside Courtney Lawes.

Indeed, Henderson had been named in a leaked match-day squad but the Lions may have reduced their forwards count on the bench when they saw the Springboks had selected only five [not six] forwards on their bench.

As for the 17 players, Henderson included, that missed out on selection for the First Test, Gatland says the wider squad was shown numbers from previous tours of how many changes have often been made as Test Series' roll on. The message - do not lose hope, and focus, yet.

The First Test takes place in Cape Town from 5pm this Saturday.


popular
Talksport presenter puts Martin O'Neill to the pin of his collar over Declan Rice and Jack Grealish
Gary Neville sticks up for Ronaldo as contextless pictures and videos taken as gospel
Ariel Helwani shares Paddy Pimblett WhatsApp messages as spat becomes public
Rory McIlroy explains 'falling out' with Shane Lowry that lasted a few years
World Cup Power Rankings: The top eight pundits of the tournament so far
World Cup Power Rankings: The top 10 players at the tournament ahead of the quarter-finals
Roy Keane scores winning goal past Micah Richards in ITV v BBC pundits match
You may also like
2 weeks ago
Alternative World Rugby Dream Team selected, with two extra Ireland stars
2 weeks ago
"Two Irish players are best in the world" - Rugby reacts to big Josh van der Flier and Terry Kennedy awards
2 weeks ago
Two baffling omissions as four Ireland stars make World Rugby 'Dream Team' of the Year
2 weeks ago
Josh van der Flier claims World Rugby Player of the Year at Monaco ceremony
2 weeks ago
"Highlight of my Ireland career" - Behind the scenes as Jack Crowley and Ross Byrne covered for a legend
2 weeks ago
Bundee Aki reminded us all of his best qualities, on a night Ireland couldn't do without him
Next Page