Conor Murray is finally in a fight for his jersey, and thank God for that

"It's a tabloid headline, Cooney versus Murray."

On Friday night, Andrew Trimble was just about the only person watching Ulster's Guinness PRO14 encounter with Munster and not tracking every move of John Cooney and Conor Murray.

From midday on Thursday, when both provinces named their teams, the talk was all about the two scrum-halves going up against each other and what it would mean for their Six Nations prospects. Murray is the man in possession of the green No.9 jersey but Cooney is coming for it like a freight train.

In the opening stages of that PRO14 encounter, it was Murray that made the early running. Cooney's exiting, which has been good all season, went awry and Murray's fake pump for Rory Scannell (below) drew in two Ulster defenders and allowed Shane Daly the space to get over for a try.

After the bright start of Murray and Munster, the Ulster lads took over and started winning collision after collision. The hosts wrested control of the tie and got back level when Cooney ran a superb support line and stepped inside the covering Keith Earls before sprinting over to score a try that he then converted.

Cooney and his side never looked back and went on to win 38-17. Few in Munster red covered themselves in glory but Murray's personal cause [with the Six Nations in mind] was not helped by his pack struggling badly and Munster not getting gainline.

On the latest episode of Baz & Andrew's House of Rugby [from 23:00 below], Barry Murphy, Andrew Trimble and Jerry Flannery discussed that game, the Cooney and Murray situation and what it potentially means for the Six Nations. 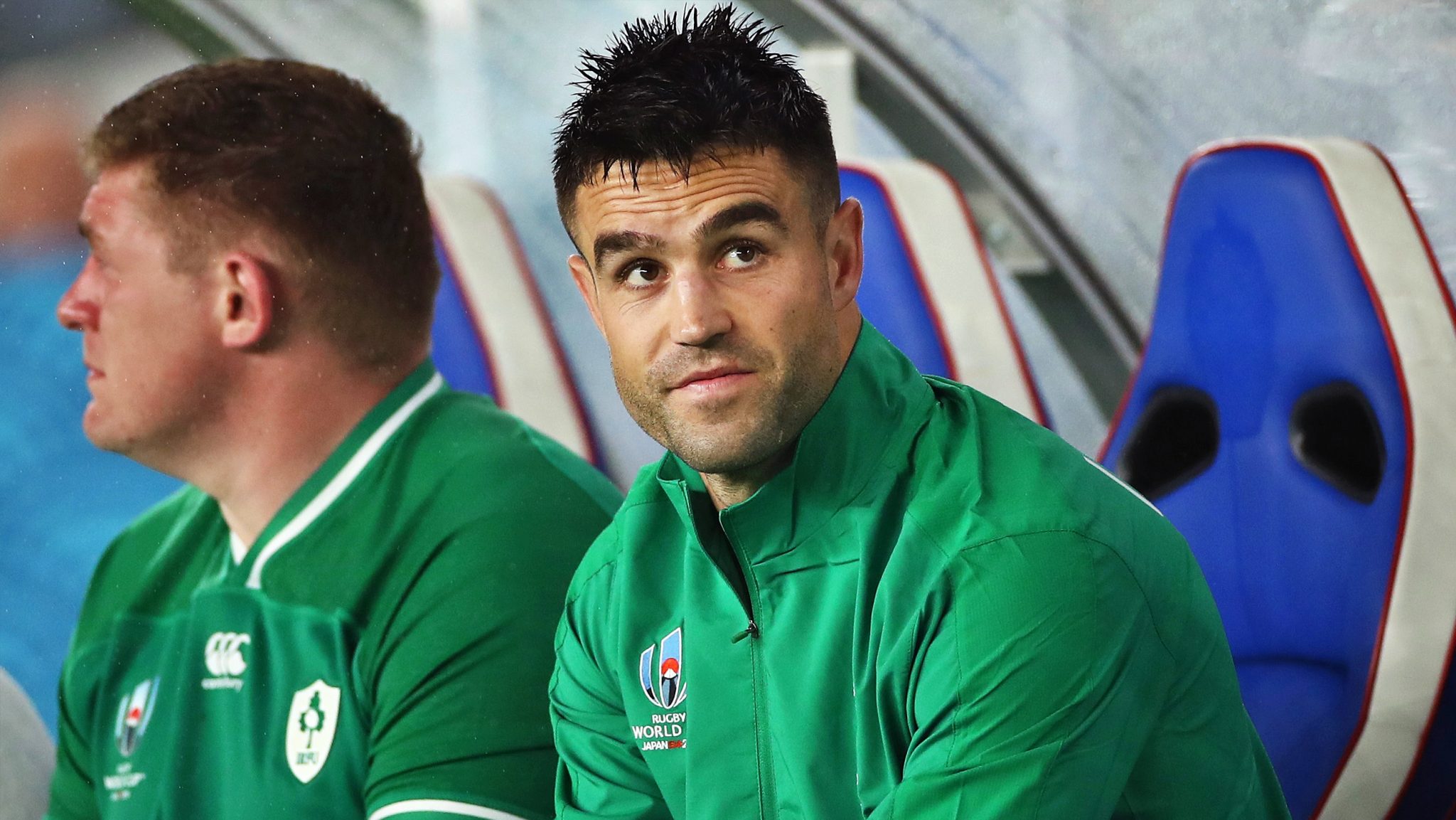 "Cooney's been on fire," says Trimble. "He's probably been the best 9 in Europe this year. And week in, week out, he keeps doing it.

"He keeps living up to the expectation. But that doesn't write off how class a player Conor Murray is and how capable he is, and how he's the guy who's been doing it at Test level for Ireland for years."

Murray has been doing it for years. He is in his 10th season with Munster and his ninth with Ireland. He was more than capable in the 2011 World Cup but started heading towards that world-class bracket from the 2012 tour to New Zealand. For seven years, which included three Six Nations wins and two Lions tours, Murray has been up there with the very best No.9s in the world.

2019 was not a great year for him, or Ireland. The famed Murray-Sexton combination failed to ignite but it was not helped - as with Munster up at Kingspan Stadium - by Ireland losing the collision battle in big games (England twice, Wales, New Zealand and, to an extent, Japan).

Murray was world rugby box-kicker extraordinaire for many years, too, but rival teams began to nullify that tactic by filling running lines, shielding their own high fielders and straight out blocking the kick-chasers. For so long a weapon that Ireland bludgeoned teams with, box kicks were not always the wisest of options in slick conditions for the opening month of the World Cup.

It is fair to say that Murray has slipped out of that 'world class' bracket for the first time in many years but he is still a quality operator who is more than capable of adapting his own game. One thing he could take from Cooney, and Luke McGrath, is running more of those support lines and stepping up as a sniping, carrying threat again.

For the first time since 2012, Conor Murray is in a genuine fight for his jersey. Thank God. It is long overdue.

END_OF_DOCUMENT_TOKEN_TO_BE_REPLACED

The hope is that Murray sees the emergence of Cooney, who has now climbed ahead of McGrath, Kieran Marmion and Caolin Blade in the pecking order, as the challenge he needs to step his own game up.

At the age of 29, back in 2008, Brian O'Driscoll was going through a mini crisis of confidence but, with the help of sports psychologist Enda McNulty, started to focus on what he could still bring to the party, and how he could evolve his game. O'Driscoll was still a try-scoring threat and a visionary on the field, but he changed up his game to often become an extra loose forward on the pitch. Many of his tries in his latter years were pick and goes from close range.

The change-up in Munster and Ireland's coaching staffs may, one hopes, ultimately benefit the 30-year-old Murray as the season progresses. He is more than capable of bringing an extra edge to his game, while continuing to do the basics so effectively.

"I look at it from a pragmatic point of view," says Flannery. "Conor Murray has been very influential in that group and a key driver, in terms of performances and the success of the team, over the last few years. That if you bin him straight away, and put him on the bench... like, what are you losing by starting Conor Murray? He's still absolutely brilliant.

"You start him and say, 'Conor, we need you to perform here and John Cooney's on the bench'. Then you can bring Cooney on and you can go like for like and you're comparing them in the same game."

Trimble, while not gung-ho for Cooney, believes that starting the Ulster scrumhalf against Scotland on February 1 sends out a clear message to the wider Irish squad, and community, that form is being rewarded.

We are still three weeks off Andy Farrell naming his first Ireland XV as head coach and, when he does, all eyes will be on that No.9 spot.

END_OF_DOCUMENT_TOKEN_TO_BE_REPLACED


popular
"Embarrassing. Horrendous" - Lewis Dunk slams referee after VAR shambles
MMA fighter with Nazi tattoos knocked out in three minutes
Sexton compares "brilliant" Irish debutant Craig Casey to Jonny Wilkinson
Owen Farrell rages at referee Pascal Gauzere as Wales catch England sleeping
Will Connors locks down No.7 jersey with two rapid succession plays
Three Irish forwards stand tall in player ratings after Italy thrashing
You may also like
1 month ago
"It’s a jersey that I’d never swap or give away for no amount of money" - Ian Keatley
2 months ago
Danny Care accuses Munster players of 'rolling around and diving'
2 months ago
"It's something I have been pushing towards since I was very young" - Shane Daly
3 months ago
"It was rock bottom... I was going to pack my bags and start farming" - CJ Stander
3 months ago
"I could feel that connection at Soldier Field. Axel was there, 100%" - CJ Stander
1 week ago
New-look Ireland team Andy Farrell should start against Italy
Next Page