'We have to see a different Ireland this weekend' - Conor Murray

Considering he was forced to sit out a chunk of last season with neck and shoulder issues, Conor Murray admits he was concerned when he was floored by Jonny May at the weekend.

With Ireland holding onto a slender lead, at Twickemham, Conor Murray stepped up to lay a tackle on the English winger. May raised his arms to protect the ball and fend Murray off, and his right elbow thudded straight into the scrumhalf's skull.

Murray hit the deck as play raged on and was still down getting treatment, minutes later, when George Ford was lining up a conversion for Elliott Daly's try. He left the field of play and returned after receiving a Head Injury Assessment, and returned to the field of play only to last three more minutes and sit out the second half of a stinging 57-15 defeat.

"I passed all the tests," Murray tells us, "and I've trained fully on Monday and Tuesday. I'm all good.

"I know it was England at Twickeham but if it had been a really important game, like a big World Cup game, I would have stayed on. I was eager to get back out there and play on but you have to listen to the people that know best."

"I know how it feels to black out," he adds, "as it has happened to me once or twice, but this one was more a case of me getting my head on the wrong side and getting a smack. My feeling was more of an instant reaction of pain." 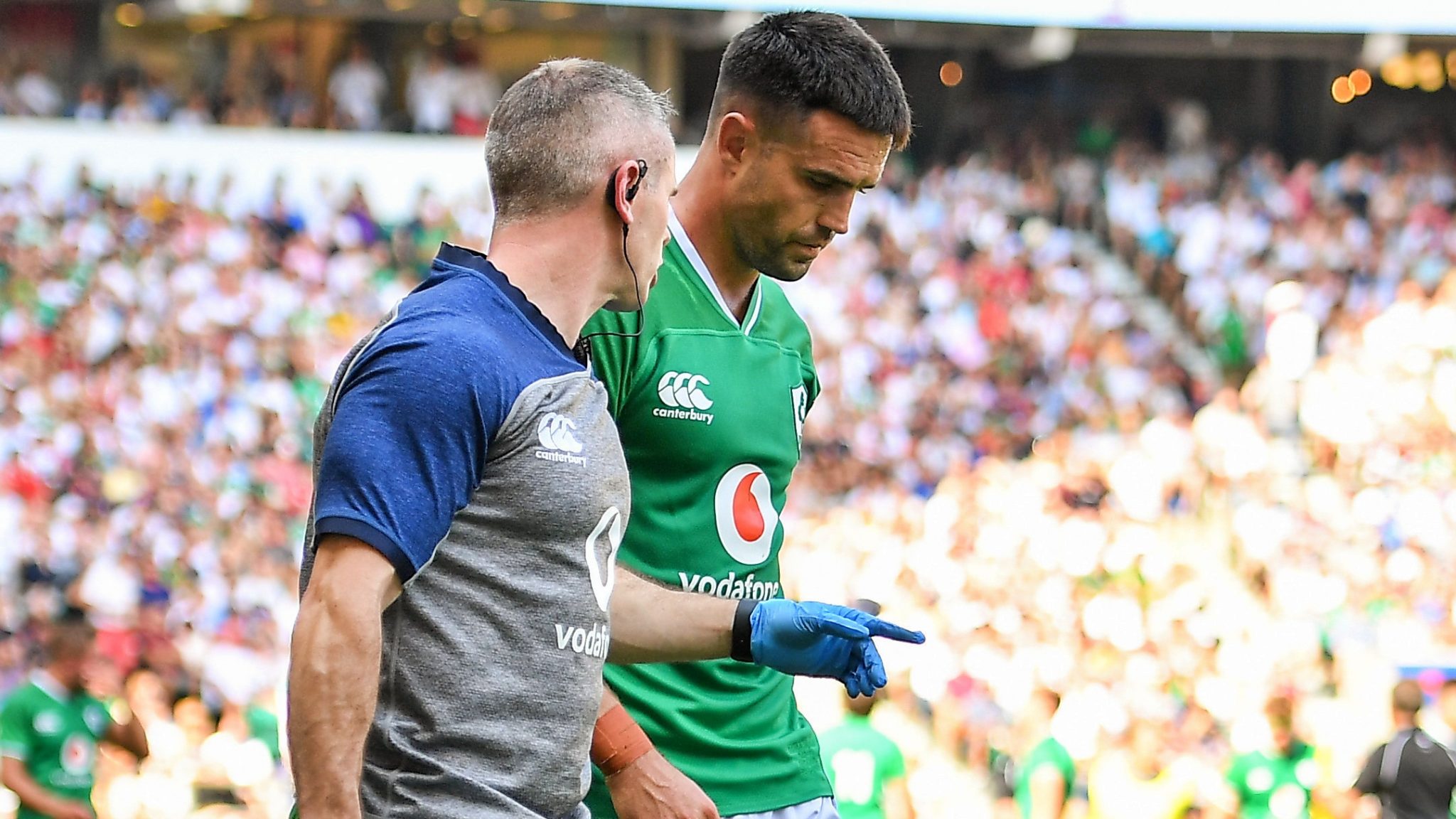 Speaking at the launch of the Mini Rugby Nations Cup, at the Aviva Stadium, the Munster and Ireland scrumhalf was optimistic that Ireland will get back on track heading into what, for him, should be a third World Cup.

When it is put to Murray that these warm-up games would evoke less of a full-on reaction, from the public and pundits, as friendlies rather than 'Test' matches, he can see the logic. However, he adds, "They are Test matches, at the end of the day. Once they start, it's full-on. It was at a full Twickenham against an England side that had players in their third game in a row.

"Some of the mistakes we made were down to individual errors and some were collective. We've had an honest couple of days [since] and, in our opinion, it was a very uncharacteristic. Definitely, in this group, we know we can fix it. That was nowhere near where we can be.

"We have to see a different Ireland at the weekend. I'm 100% confident that we won't see that Ireland again.

"If it goes badly against Wales - and this is not a negative way of me looking at the game - then they're might be a bit of panic. We're looking at that [England] game as a good learning curve and it's time to up it a notch."

Ireland head coach Joe Schmidt said his plan was always to rest Murray for this Saturday's game against Wales, even before his early Twickenham departure, so he will have to stew over that loss a week longer.

Kieran Marmion and Luke McGrath will share the scrum-half duties at the Principality Stadium and, even though he won't be able to affect the game, Murray will be willing them to help return Ireland to something akin to the 2018 vintage. 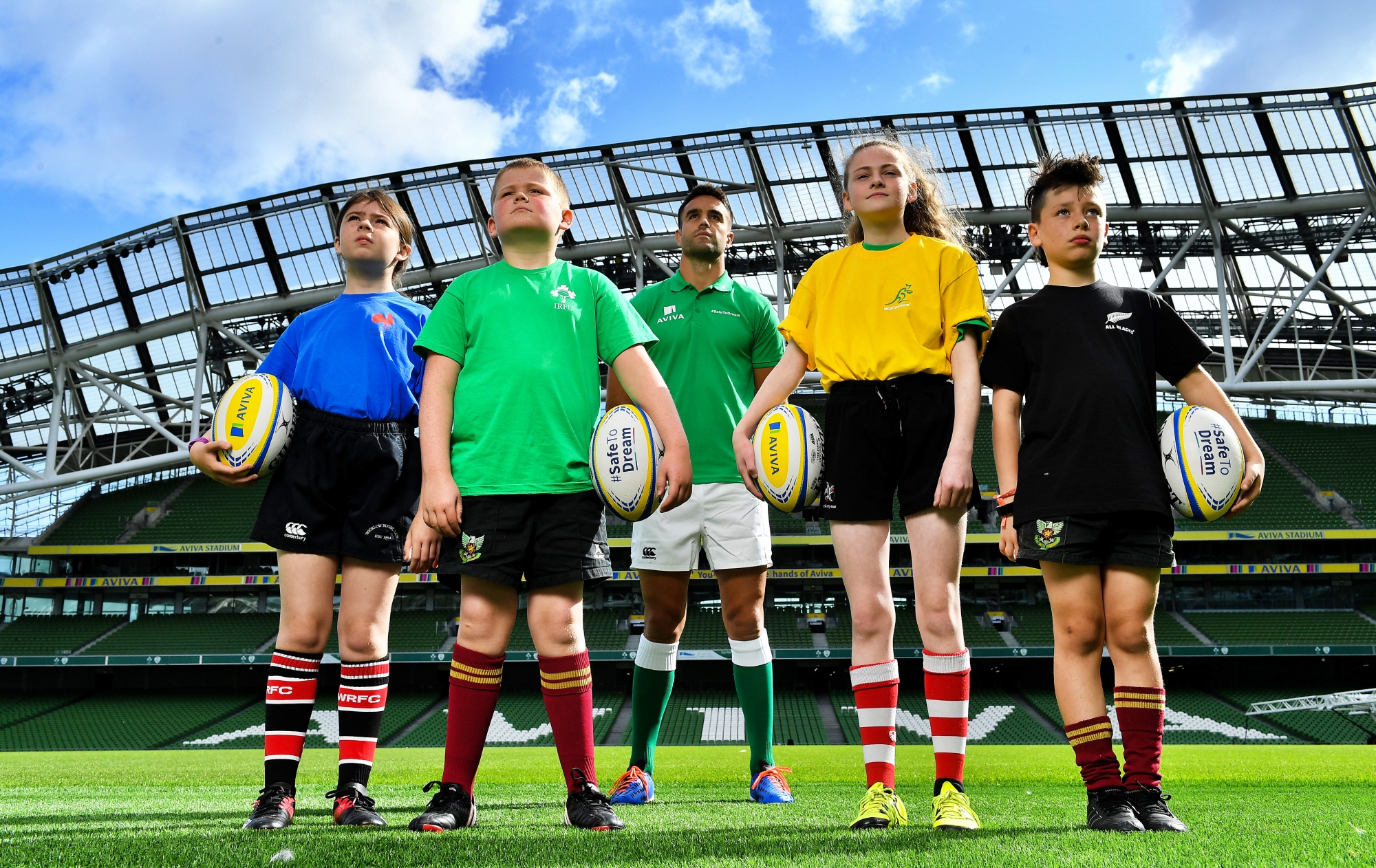 Conor Murray was on hand in Aviva Stadium to launch the Aviva Mini Rugby Nations Cup. Aviva are giving 20 U10 boys’ and U12 girls’ teams the chance to fulfil their dreams by playing on the same pitch as their heroes on September 22 while Conor and the team are up against Scotland in Japan. See aviva.ie/safetodream or Aviva Ireland social channels using #SafeToDream for details. Pictured with Conor are, from left, Eve White, age 11, from Wicklow, Shane Fox, age 10, from Dublin, Caoimhe O'Reilly, age 11, from Wicklow, and Shea Delaney, age 10, from Dublin. (Photo by Brendan Moran/Sportsfile)


popular
The SportsJOE 12 o'clock quiz | Day 191
Manchester United launch sensational bid to sign N'Golo Kante
QUIZ: Guess the Premier League footballer from their Wikipedia page
QUIZ: Can you name every top European football club that begins with 'L'?
"I remember looking at the players, in the warm-up, and Keats was just bawling crying"
The SportsJOE 12 o'clock quiz | Day 190
Conor McGregor shares DMs from Dana White to justify boxing comeback
You may also like
4 days ago
QUIZ: Can you beat the clock to name Ireland's record goalscorers?
5 days ago
Dr Claire Molloy returns from sabbatical to boost Ireland's Six Nations hopes
6 days ago
Will Ireland's best scrum-half please stand up?
6 days ago
The Ireland XV we would start against Italy
1 week ago
"We'll have to be 10 times better than we were against Ulster" - Robin McBryde
1 week ago
Anthony Stokes has Livingston contract terminated after Astro Turf struggles
Next Page