The westerners are moving fast to sign up their top, young stars before the Champions Cup-dwelling provinces get any notions

Connacht have announced contract extensions, signed with the IRFU, for Darragh Leader and Denis Buckley. 21-year-old Leader has played fullback for Connacht this season and was included in Ireland's squad for the Guinness Series. The duo have signed up with the province until the summer of 2017.

While Leader did not feature in any of the three Test matches, he was named 24th man for the win over Georgia. Joe Schmidt praised the Galwegian for the positive impact he had on the squad's training sessions in Maynooth. Leader is handy off the kicking tee and landed this 60m monster while playing for Connacht Eagles last season. 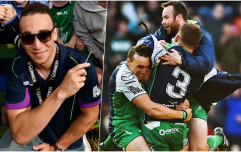 END_OF_DOCUMENT_TOKEN_TO_BE_REPLACED

Loose-head prop Buckley has made 58 appearances for the province since he made his debut in 2011. The Roscommon native, as is clearly evidenced below, celebrated his new contract scaling a mountain of scree and rumble to survey the lands he will roam upon for the next two and a half years. 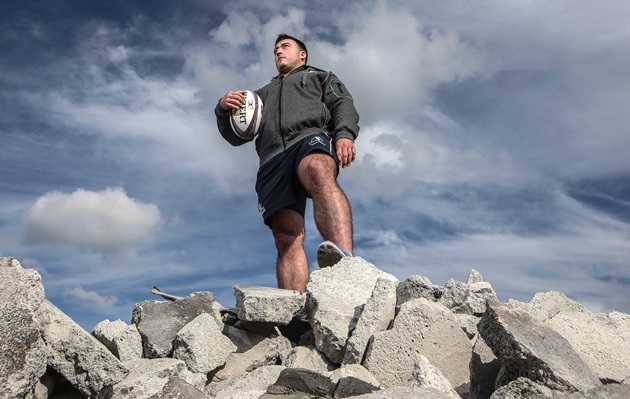 Connacht head coach Pat Lam says, 'Both Darragh and Denis are key members of the senior squad here and both have the potential to play at the highest level of the game. Darragh's development was rewarded this month with a place in the Ireland squad and I have no doubt that if Denis continues working on his development here that he will reach his goals.'

Both Leader and Buckley will be hoping for starts in Connacht's league clash at home to Scarlets on Saturday evening.


popular
Pitch-side microphone picks up Eric Dier joke about Mo Salah
'ROG isn't that sort of guy' - Brian O'Driscoll on first Ronan O'Gara encounters
Cutting through the contradictions from one of the worst television segments of the year
Aiden McGeady details the abuse he suffered after playing for Ireland instead of Scotland
Noel Gallagher left 'covered in blood' after headbutt from Ruben Dias’ dad
Roy Keane shows great comic timing after Jack Grealish party invite
France the sore losers as Ireland Men reach first ever Sevens World Series final
You may also like
4 years ago
Zebre dispute reports that they are set to leave PRO12
4 years ago
One of Munster's smartest summer signings reveals Ronan O'Gara influence
4 years ago
PRO14 set to be officially confirmed and Irish provinces to get their way
4 years ago
Munster and IRFU reportedly agree to bring home a serious Irish talent
4 years ago
Bernard Jackman has been appointed as the new head coach of a Pro12 rugby side
4 years ago
Tadhg Beirne speaks with complete, cold-blooded sense about his Ireland future
Next Page