They'll rarely win a game comfortably but they never go down easy either. It's usually in the melting pot, whenever the men from the west of Ireland are involved and when they have you in the Sports Grounds, you always must be wary of pulse-quickening magic.

With five minutes to go on Saturday afternoon, in what was effectively a do-or-die Champions Cup clash for Andy Friend's team, they were what you would consider a beaten docket. 11 points down with the clock ticking, they were a hopeless case, they'd been ripped open and for all intents and purposes, this game looked finished. You would have forgiven their supporters for leaving early to beat the traffic.

But Connacht think differently about these types of things, and their supporters never leave early. Shane Delahunt got over, after a powerful push with three minutes left to reduce the lead to six.

Conor Fitzgerald, that magical number ten kicked a tricky one and suddenly you smelled something familiar. The Sports Grounds were hopping. This was on. 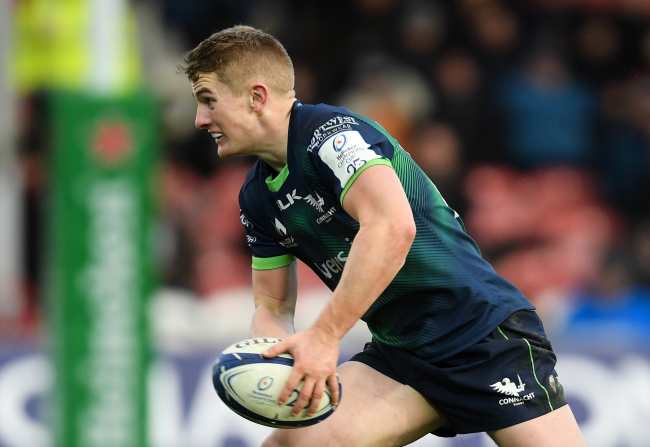 The home side claimed the restart and began building from deep. Bundee Aki broke a few tackles and the handling, even from the weariest forwards was spot on. But it was all about the Limerick man Fitzgerald. His passes are drilled and his every move is so assured. His movement is jinky and few can lay a hand on him.

The 22-year-old Limerick man helped them make the ground they needed. Connacht kept their focus. They

It was win or bust for @connachtrugby and in the last second they pulled out a win!@robocopey puts the finishes touches on a fine team try and it's party time in Galway 🟢 pic.twitter.com/xKOOfoOIxD

There's something about Connacht.

What a day for Connacht

The Fields of Athenry rings around the sports ground pic.twitter.com/vmUdDNzcre

Watching them is like riding a rollercoaster. Heart-stopping, frightening and thrilling all in one. But you rarely regret it.

This place has gone bananas!

Just sensational lads!! As you can see our hands are still shaking 😂😂 pic.twitter.com/7JfQU1YLc0