Connacht are close to finalising a deal for their next head coach and he is a familiar face.

SportsJOE understands that Clermont Auvergne assistant coach Jono Gibbes is the frontrunner to replace Pat Lam at The Sportsground this summer.

Lam's departure to Aviva Premiership side Bristol was announced in December and the province's Professional Game Board has been quick to sound out potential successors.

END_OF_DOCUMENT_TOKEN_TO_BE_REPLACED

Gibbes is currently working under Franck Azéma at Clermont and contracted up until June 2018 but would be allowed to depart if a head coach position took his fancy.

Irish rugby supporters will be well aware of Gibbes as he served as Leinster's forwards coach from 2008 to 2014. During that time, Leinster won three league titles and three Heineken Cups. 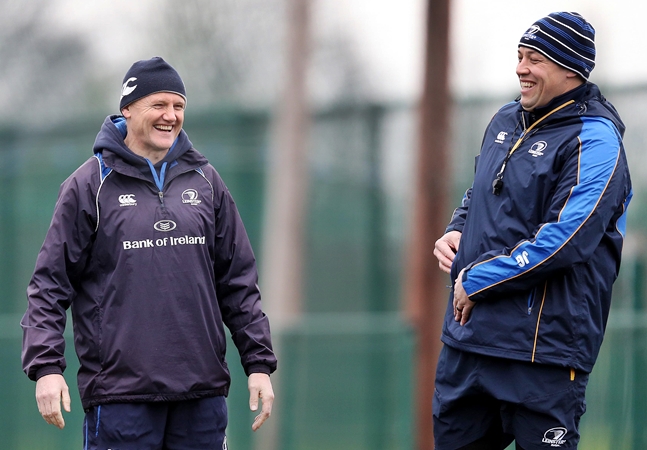 The Kiwi, who played Super Rugby with the Chiefs and lined out for the All Blacks and New Zealand Maoris, was in the running for the head coach job at Leinster before Matt O'Connor's arrival. 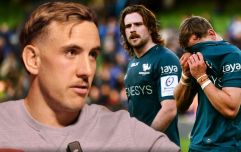 END_OF_DOCUMENT_TOKEN_TO_BE_REPLACED

He moved to France and his work with Clermont has been lauded. He has taken on more coaching responsibilities in recent years and now feels he is ready for a greater challenge.

Gibbes worked under Ireland coach Joe Schmidt at Leinster for three seasons and has stayed in contact with him since 2013 and Schmidt's elevation to the national team.

Connacht forwards coach Jimmy Duffy has ruled out of a move for the top job but, we understand, Gibbes is the man Connacht want.

SportsJOE contacted Connacht Rugby for a comment but none was forthcoming at time of publication.


popular
Man United could be blocked from playing in the Champions League next season
Ireland team vs. France: Form players rewarded and a welcome return
French media's opinion of this Ireland team becomes clear as vital clash nears
Clive Woodward happy to 'eat humble pie' after bold comments about Ireland
Eight players to watch in tonight's Sigerson Cup semi-finals
"I should have been more mature" - O'Sullivan's injury trail a cautionary tale for Sigerson casualties
Lionel Messi makes decision on Barcelona return
You may also like
3 months ago
"Paul Boyle has lifted him upside down and dropped him on his head like The Undertaker" - James Hook
4 months ago
Grim injury news for Seabelo Senatla after Bundee Aki's red card clear-out
4 months ago
"When I talked to them, and asked their dreams, they said it was to play for Ireland" - Pat Lam on Connacht's uprising
4 months ago
Bundee Aki angrily confronts referee on-field after red card tackle
4 months ago
Irish rugby stars on strongest teammates and biggest gym bunnies in their squad
4 months ago
Josh van der Flier fondly recalls John Muldoon's words to him, after one crunching tackle
Next Page