COMMENT: Tell Isa Nacewa to stay in Dublin because this crap isn't worth it

Isa Nacewa and Jamison Gibson Park are heading back to South Africa for next Friday's game against the Cheetahs. You'd have to wonder if it's worth the effort and air pollution.

We're beginning to get the sense that we may have been sold a pup.

Saturday afternoon's window into the current workings of the Guinness PRO14 was grim and deflating.

END_OF_DOCUMENT_TOKEN_TO_BE_REPLACED

A Leinster team without Kearney, Heaslip, O'Brien, Henshaw, Ringrose, Sexton, Furlong, Fardy, Leavy and Toner but with just the one full training session on South African soil beat a well-meaning but hapless Southern Kings side 31-7.

The first half seemed close but Leinster knew exactly what they were doing - making the tackles count, going hard and grinding away. They backed themselves to see off the best the Kings could throw at them before pulling clear in the second half.

They may have expected to slog for an hour before cutting loose but the floodgates opened almost as soon as the second half commenced. Leinster won at a canter and they had two other tries chalked off on video reviews.

The contest was disappointing enough but the really depressing stuff was the spectacle of Ireland's best province of recent years playing such a facile encounter out in front of 43,000 red, empty seats.

The official attendance for the game was listed at 3,011 and - to get there - they must have counted the playing and coaching staff of both teams, the referee, assistants, TMO, ball boys and concessions staff. The capacity of Nelson Mandela Bay Stadium is 46,000 and the ground looked to have less than 1,000 seated throughout the game. 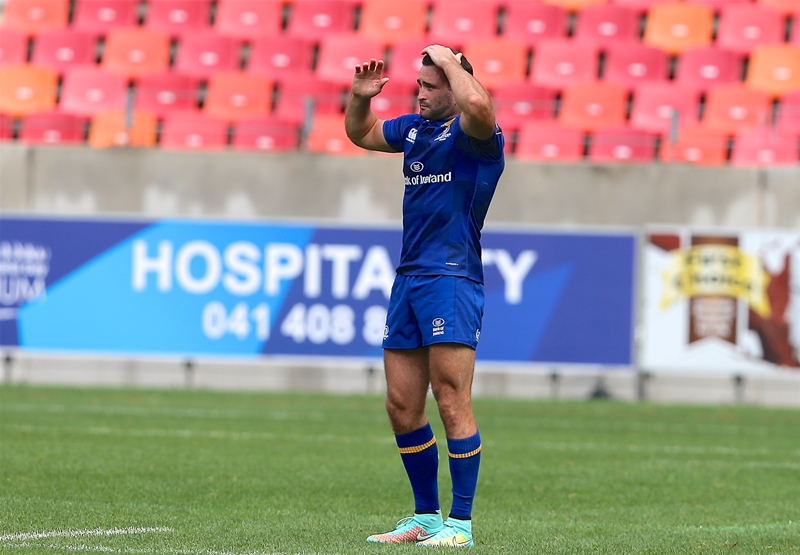 Aviva Prem and GP14 teams going halfway across the world to play in empty stadiums. Talk about the Emperor's New Clothes. Total nonsense.

END_OF_DOCUMENT_TOKEN_TO_BE_REPLACED

While Kings can hope to improve as the league goes on and a recruitment drive brings in new blood, they have one gaping problem that is not getting solved soon - they have no bloody fans.

This was their first home game in their first ever season in the Guinness PRO14. This, we were told, was history.

The PR and media spin around Port Elizabeth had been massive. Match tickets for the main stand were going for less than €3.50. Leinster's matchday squad had 15 Ireland internationals - they weren't bringing mugs to South Africa.

We're fully aware that the Super Rugby season is not long over and the Currie Cup is rumbling away but where in the name of hell were the Kings fans? Do they exist? 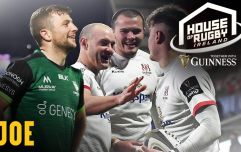 END_OF_DOCUMENT_TOKEN_TO_BE_REPLACED

When Zebre, Treviso and Dragons come to Limerick and Dublin, Munster and Leinster are often struggling to fill their grounds but attendance levels are still high. There is an actual fan-base.

Kings may recruit well and may get in a few more internationals but where are they going to find the fans from? Hardly anyone seems to have embraced the team and embraced the PRO14 concept.

The Cheetahs fared somewhat better, on Saturday evening, as they got a shade under 20,000 in the door at Toyota Stadium for their 54-39 win over Zebre. The Cheetahs franchise has been going four years longer than the Kings but both were cut from Super Rugby for a reason - tepid results and traction with fans.

As of 2pm on Sunday, more than 14 hours after they beat Zebre, Cheetahs don't even have a match report on their website.

We want to believe that this experiment can work but, right now, South Africans could care less.


popular
Brendan Ó Dufaigh gives a powerful interview on an emotional night in Ulster
Jamaica teammates are as frosty after Thompson-Herah's history-making 100m win
Full player ratings as South Africa leave Lions battered, bruised and beaten
Cheslin Kolbe somehow avoids red card after leaving Conor Murray in awful heap
Paul O'Donovan busts the cliches and leaves the mystery behind him in one more emphatic interview
Warren Gatland gives his take on that dangerous challenge on Conor Murray
McIlroy and Lowry right in the mix for Olympic gold in Tokyo
You may also like
1 month ago
Forget counting your steps, this is the key metric you should be tracking instead
1 month ago
Football fans are going to love these brand new Cadbury chocolate bars
1 month ago
4 simple ways you can vastly improve the quality of your sleep
2 months ago
Calling all sports fans! This week's Powerball Super Jackpot is €348 million*, here's how to place your bet
2 months ago
The next generation of fitness trackers is here and it's an absolute game-changer for your health
4 months ago
Everything you need to know about this year's Fairyhouse Easter Festival and Irish Grand National
Next Page