Earlier this week, while most of us attempted to clutch to our New Years' resolutions, Joe Schmidt welcomed 50 of the country's finest players to Carton House.

The Ireland boss, still chastened by his side's earlier-than-planned World Cup exit, set his men a simple task - create history by winning the Six Nations for a third, consecutive time.

Ireland have never achieved such a feat, even when the competition was Home and then Five Nations.

It would be a small consolation prize but something solid, and noble, to aim for. The bigger tests will arrive as Schmidt plots a winning tour to South Africa and two autumn encounters with New Zealand.

Schmidt will have been all too aware of his team's lack of cutting edge during last year's Six Nations and World Cup.

In plotting a route to the RWC last four, the New Zealander opted for a cautious game-plan that revolved around his team's fitness, ability to keep the ball in play for long periods and, above all else, winning the breakdown battles.

In ticking all those boxes against France, and topping their group, Ireland managed to lose four key players to injury. Add Jared Payne to that list and Schmidt's team was shorn of leaders, decision-makers and men to get his team on the front-foot.

Argentina blew Ireland away and won just about every vital contact. With that stepping stone they finally exposed Ireland's narrow defensive patterns.

END_OF_DOCUMENT_TOKEN_TO_BE_REPLACED

Schmidt knows it is time to ask his men for more. Expect new caps and combinations during the upcoming Six Nations.

CJ Stander may well take Peter O'Mahony's No.6 jersey and Andrew Trimble [albeit not a new face] should come back onto the wing. Kieran Marmion may also get his chance at scrum-half while Paddy Jackson will push Johnny Sexton for the No.10 role. Jack McGrath may well hold off Cian Healy at loosehead.

The area of keen interest for most Irish supporters will be midfield.

Robbie Henshaw and Payne never really got that run of games together to bed down their partnership. Payne is out of action and Henshaw is targeting a comeback at the end of January to prove his fitness.

If the 23-year-old finds himself stalled in any way, Schmidt should pair Luke Marshall with Stuart McCloskey for the opener against Wales. 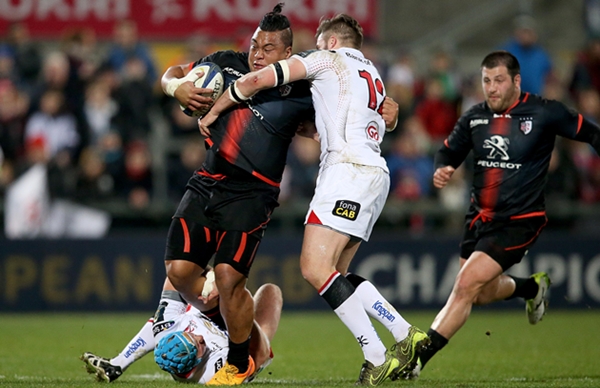 We have already outlined the benefits of having McCloskey at inside centre, while Marshall has previous international experience and shone under Declan Kidney until the concussion scourge interrupted.

Both men have been in top form for an Ulster side that are Ireland's best province in Europe so far. They offer that mix of brute force and line-breaking ability and both dovetail well together.

The rise of Garry Ringrose has been impressive but Marshall deserves the No.13 jersey if Henshaw falls short of his comeback date.

Pairing the exciting Ulster duo will show Schmidt wants to unlock defences in ways other than mauling, ruthless repition and ambitious set-plays.


popular
The SportsJOE 12 o'clock quiz | Day 105
The SportsJOE 12 o'clock quiz | Day 104
James Haskell on text exchange with Peter O'Mahony after Ireland's victory over Scotland
Can you name every English football club that begins with 'W'?
David Beckham recalls how a trip to Ireland got him in trouble with Alex Ferguson
Egan cleans out Spurs by reading the breaks and executing the blocks
"Shane was just gifted. He could play centre back, centre forward, he had everything"
You may also like
3 days ago
Baz & Andrew's House of Rugby - Keith Earls joins us for Season Two finalé
5 days ago
"Having one of the best in the world to emulate has been really good"
5 days ago
QUIZ: How well do you know Paul McGrath's football career?
6 days ago
"I'm so proud of the opportunities Ireland gave me and of the woman I am today" - Linda Djougang
1 week ago
"As a team, we’re ready to take a trophy home now" - Craig Casey
1 week ago
The brutal training drill every rugby pro has to get through this week
Next Page