CJ Stander inherited a great man's jersey, and made it even greater

"From the day he arrived in Munster he did his best to buy into our culture and now he's creating bits of our culture."

It was a real novelty, at first, but you began to really appreciate those hand-shakes from CJ Stander.

From the first day he rocked up at Munster's midweek training session at U.L in a pair of jeans and dirty, brown Docker boots, CJ Stander commanded attention. He may have been jilted by the Springboks for his size - 6-foot-1 and just over 16-stone - but he had a real presence about him.

If you caught him there that day, you would have got that big Stander shake of that hand that became a trade-mark of his. It was his way of locking eyes and letting you into his world. Here I am. 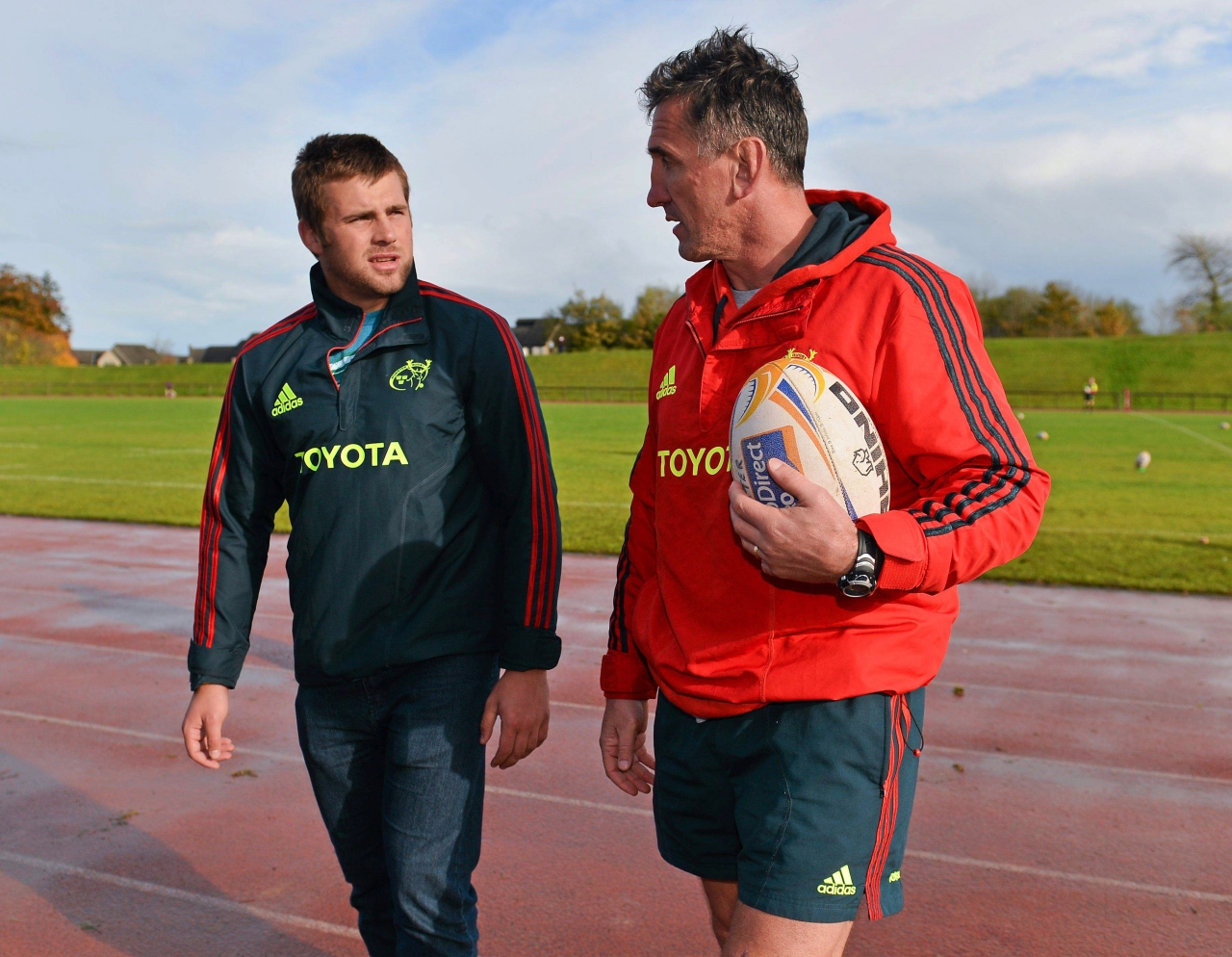 His first couple of seasons with Munster were filled with highlight reel moments. He would run in tries from 50, 60 and 70 metres out. Opposition tacklers would be bounced. He would emerge from a swarm of bodies with the ball in his paws and the ref jogging away to the posts, with the try awarded.

Although it only took three years to satisfy the World Rugby residency rule, back when he arrived, Stander just missed out on the 2015 World Cup. Ireland's disappointing return at that tournament only heightened the anticipation when he lined out in green for the 2016 Six Nations.

It was not an easy start [reminiscent to this year's championship] but he announced himself with tries in victories over Italy and Scotland, when he picked from the base of a ruck and dived over all comers to touch down.

He was established in the back row by the time Ireland toured his native South Africa, that summer. Andrew Trimble was on that tour and recalled how big a deal the Test Series was for Stander, his father Jannie and his entire clan.

"Whatever about how up for the game we were, CJ’s dad was up for the game! I bumped into him in reception, and CJ introduced me. And his dad goes, ‘I swear, we’re going to f*** them up today!'"

END_OF_DOCUMENT_TOKEN_TO_BE_REPLACED

Stander, unfortunately, lasted only 22 minutes of the match as he was red-carded for poleaxing South African outhalf Pat Lambie as he jumped to block a chip over the top. Ireland won that game, in incredible fashion, but mounting injuries saw them lose the series.

One of my outstanding Stander memories came four months after that series as he donned a specially made No.24 jersey against Glasgow Warriors in an emotional European Cup tie. 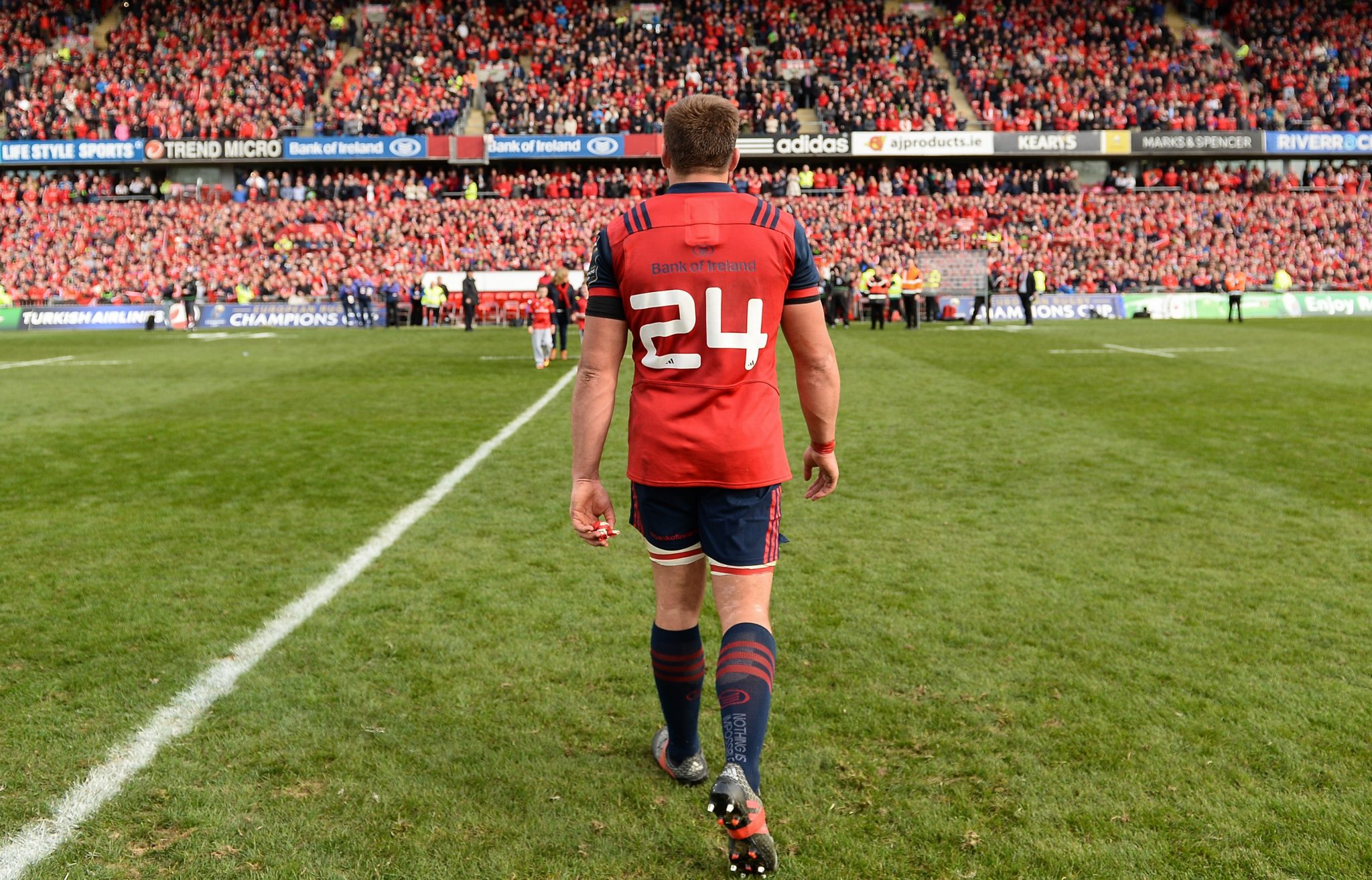 CJ Stander leaves the Thomond Park pitch in the No.24 jersey after Munster bet Glasgow in October 2916. (Credit: Sportsfile)

END_OF_DOCUMENT_TOKEN_TO_BE_REPLACED

Anthony Foley had been so warm and welcoming to Stander and his partner, Jean-Marie, when they were settling into Europe. Years later, as he reflected on Foley's tragic passing, at the age of just 42, the back-row fondly spoke about how his coach had sent over 'a massive carrot cake' to Jean-Marie as he knew it was her birthday.

In his 10 seasons at Munster, Stander has only added to the legacy of that club's famous No.8 jersey. That special day in Limerick - and it's odd mix of lifting your spirits while never losing that tear in your eye - he wore No.24 but did it for No.8.

His care and compassion for Foley's children, Tony and Dan, after the game was just raw goodness.

He was close to the family before and during that difficult time. That closeness has never once drifted.

Another three weeks after that and Stander was in Chicago as the Ireland team prepared to take on New Zealand at Soldier Field.

Not long after Jack McGrath had gracefully dealt with being mistaken for Rory Best - seven years his elder and a lot more follicly challenged - by Kiwi reporters, Stander entered the conference room to preview the game. He shook the hands of everyone that encircled him and answered questions with earnestness and belief that Ireland could beat the world champions.

There had been 29 Test matches, 28 defeats, one draw and 111 years of hurt to consider, but Stander was convinced Ireland could get the job done. I remember being excited for the game after that chat.

Those levels only ramped up when Stander took his place at the front of a figure of 8 tribute for Foley. He would later tell us:

"Going to Soldier Field and standing in that 8, it's weird. There was probably just a wind blowing in Chicago that day, but I could just feel that connection. There was something going on around that. You could feel it. He was there. He was there, 100%.

"I don't know what the other guys say, how they felt or what was their motivation, but I knew Axel was pushing me along in that game, for sure."

Stander scored a try in that famous 40-29 triumph and, like he so often did, wrung himself dry for the full 80-minutes plus extras. 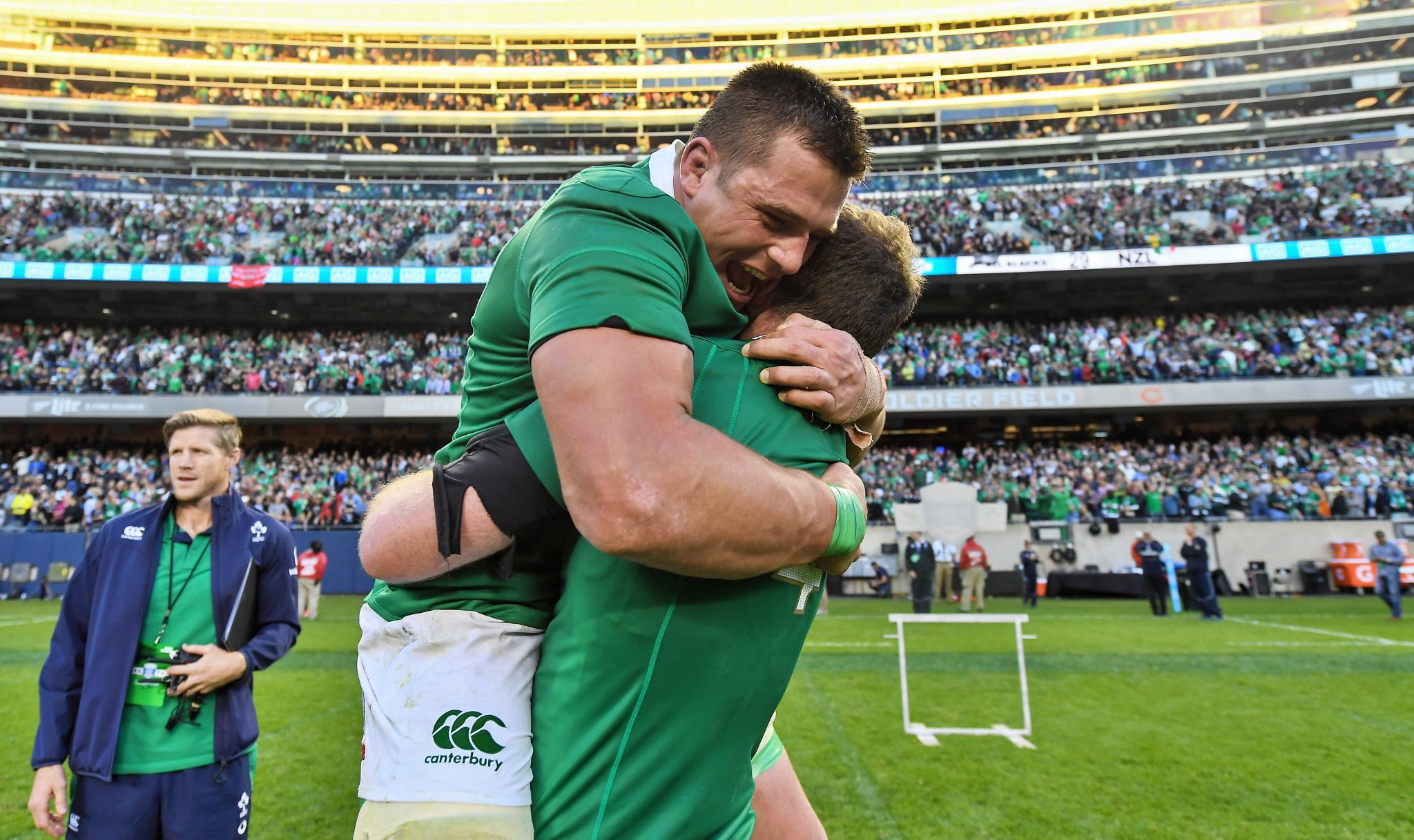 Jamie Heaslip's premature retirement - another seeming superhuman No.8 that was eventual proved to be merely mortal - saw Stander switch from blindside to the back of the Irish pack. He toured with the Lions and roared his way around New Zealand before returning as a more improved player and helping Ireland to Grand Slam glory in 2018.

Like so many of that team, although we did not know it then, that would be his peak in the green jersey. Although there were still highs along the way - for Munster and Ireland - he settled into a more steady as she goes role. He was, as Peter O'Mahony says, so coachable and was a dream player to send out into games. Whatever role that was required of him, he dutifully did.

March 2021 finds him still delivering for Munster and Ireland. Against Scotland, last Sunday, he made more carries and more passes [aside from scrumhalf Jamison Gibson-Park] than any of his teammates. He is still punching in performances that have him linked with a second tour of duty with the Lions.

Standard. The highest of them.

He will finish up, for Ireland, against England this weekend and will have no raucous appreciative crowd to send him off. Who know what will happen with The Rainbow Cup, but he has another guaranteed chance to win a medal with Munster in the PRO14 final.

He will go until he gasses out and then he will be done. There will be plenty of sunsets ahead, back home in South Africa.

I probably won't get to shake his hand before he goes but I do get to enjoy everything he has left to give on the field.


popular
QUIZ: Which is the correct GAA crest?
Andy Moran reveals which former Mayo teammate was the ultimate team player
Paul Galvin is not one bit impressed with the new Kerry jersey
"It’s hard not to respect Johnny, even if you don’t like him!" - Dan Biggar
Ireland Under-17 defender Cathal Heffernan 'in talks' with AC Milan
"I was in the Blackrock end goal looking up to the heavens saying, "Get us through it" - Kerins following his late father's footsteps
Kieran Trippier pinpoints Daniel Levy's biggest transfer mistake
You may also like
3 days ago
"I have to come into this camp and do what I can to get the No.2 jersey" - Rob Herring
3 days ago
"It's not a stepping stone any more" - Connacht pride in Test-ready stars
4 days ago
"I had a point to prove" - Conor Oliver on choosing Connacht over Leicester Tigers
1 week ago
"I saw a skinny boy from Ireland, standing in a big goal" - Jurgen Klopp praises Caoimhín Kelleher's development as a goalkeeper
1 week ago
Predicting Ireland's starting XV for Wales after Andy Farrell squad announcement
1 week ago
Jamie Heaslip delivers Jack Carty reality check, hours before Ireland call-up
Next Page