"We got everyone we set out to get."

IRFU Performance Director David Nucifora is confident the union did all they could, financially, to retain Munster and Ireland star CJ Stander

The Australian, now in his seventh year with the IRFU, made the claim at his end-of-season briefing with the media, this morning.

END_OF_DOCUMENT_TOKEN_TO_BE_REPLACED

While the union signed up the likes of Peter O'Mahony, Johnny Sexton, Tadhg Furlong, Cian Healy, Iain Henderson and Keith Earls to new deals, Stander was the highest profile name to get away.

The union could not offer Stander to same deal as the one he signed in 2018 [a base of €380,000 with €15,000 per Test match appearance] but that is not surprising given the financial constraints imposed by the Covid-19 pandemic. Nucifora says the union is on course to lose €30 million this year, on top of the €35m lost in 2020. 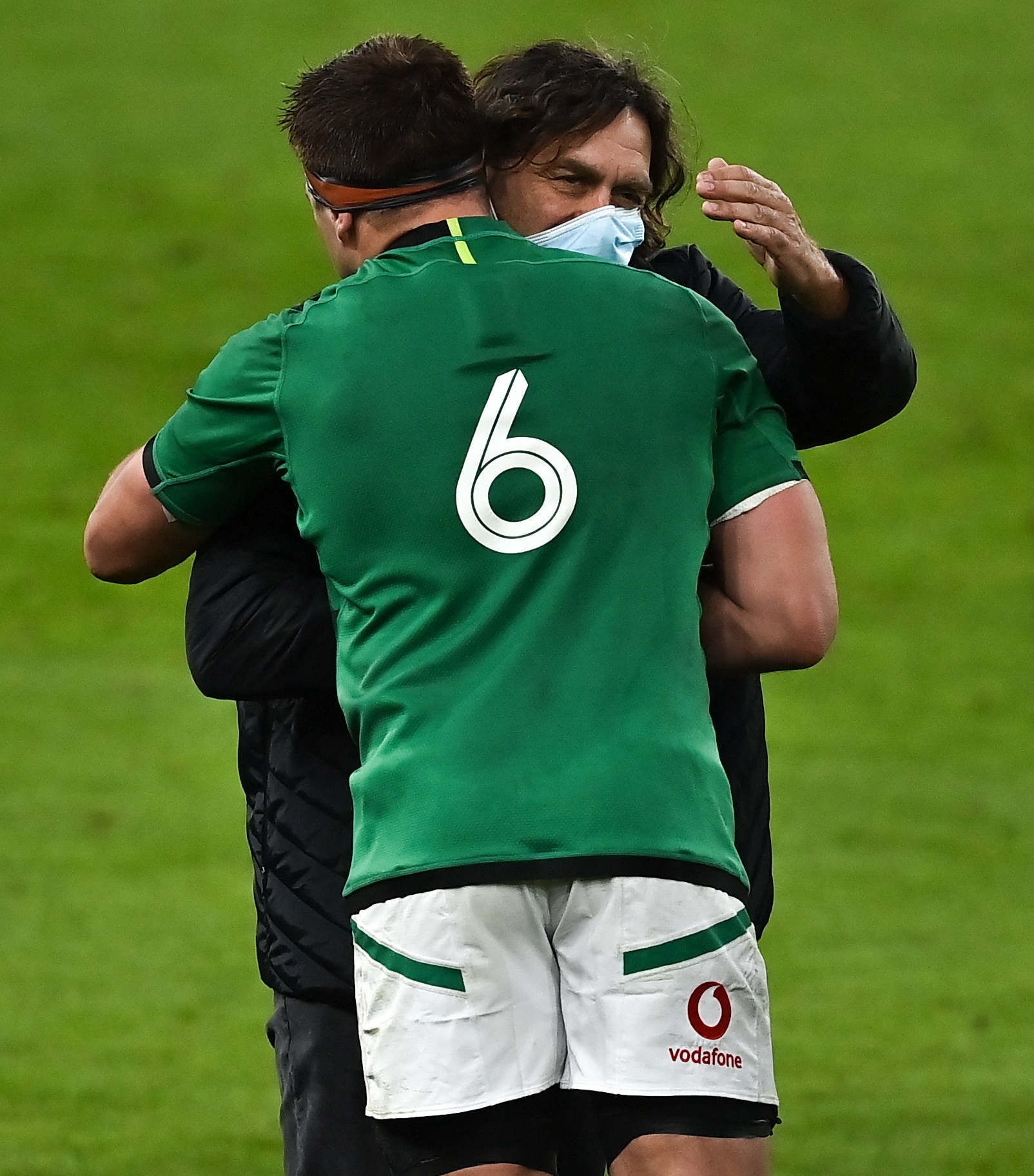 END_OF_DOCUMENT_TOKEN_TO_BE_REPLACED

When he announced he was intending to retire at the end of the season, Stander commented, "All professional sports people are told, 'You will know when the time is right to hang up your boots'... It was during a freezing training session at Munster towards the end of 2020 that I just knew I had entered the final stretch of my career."

"I discussed the implications thereof with coach Johann van Graan and the Irish Rugby Union," he added. 'I deeply appreciate that they tried to persuade me otherwise, but I knew it was time."

There had been suggestions that the union's lesser contract offer had given Stander the nudge to make that move back to South Africa, where his wife, Jean-Marie and his daughter Everli have been back living since late last year.

Earlier in his briefing, Nucifora stated that the union had secured all the big players they had set out to sign new deals. While he would have preferred if some players - Tadhg Furlong, for example - signed more than a one-year deal, he is hopeful that the union will be in a stronger position when renewal talks commence again, later this year.

Asked if he felt the union had done all they could to try and convince Stander to remain with Munster and Ireland, Nucifora said:

"Yeah, absolutely. I never divulge private conversations, but I can tell you that after we delivered an offer to CJ, and he came back and spoke with me, he was really appreciative of the offer he was given, and conveyed that to me personally.

"So it certainly had nothing to do with the financial elements of the offer to CJ. He has been a valuable player to Irish rugby for a long time and we would have loved to seen him play on, but he made a personal decision around what was important to him. And we respect that.

"As I said before, all players make personal decisions. They have different things that motivate and drive them, and form the basis of their decisions. Money is one of them, but it's not the only thing that thy weigh up.

"Look, we're really disappointed that CJ won't be with us but he's been an unbelievable player for Munster and Ireland for many years and we obviously wish him the best, going forward."

Nucifora did confirm that the decision to approve the one-season signing of South African forward Jason Jenkins was approved by the union after they learned, late in the season, that Stander would be retiring.


popular
Roy Keane handled Gary Neville’s goal celebration as most Irish fans would
Roy Keane cracks up ITV pundits with description of Senegal supporters
World Cup 2022 Day 15: All the major action and talking points
Damien Duff makes 'brutally honest' England World Cup prediction after Wales win
Ronaldo finally reveals why he got that hideous haircut
France demand FIFA change result of World Cup defeat over 'rule break'
From Ireland to Argentina: Alexis Mac Allister's Irish roots explained
You may also like
2 days ago
Shay Given on how far Ireland could've gone at the 2002 World Cup with Roy Keane in the team
3 days ago
From Ireland to Argentina: Alexis Mac Allister's Irish roots explained
1 week ago
Former England international admits he wishes he had played for Ireland
2 weeks ago
Two baffling omissions as four Ireland stars make World Rugby 'Dream Team' of the Year
2 weeks ago
Josh van der Flier claims World Rugby Player of the Year at Monaco ceremony
2 weeks ago
"Highlight of my Ireland career" - Behind the scenes as Jack Crowley and Ross Byrne covered for a legend
Next Page