Cheetahs line up Ruan Pienaar for return to Guinness PRO14

No return to Ulster just yet.

Many Ulster supporters were excited, back in May, when it was confirmed that Ruan Pienaar was leaving Montpellier after two seasons in France.

Pienaar spent seven seasons with Ulster - making his debut in October 2010 - and was much loved at Ravenhill. There was consternation in the Ulster ranks - coaches, players and fans - when he was not offered a new deal and was forced to move on.

The IRFU, as much as they welcomed his presence as a mentoring figure to young players, wanted to move the South African on as he was blocking the path for prospective scrum-halves. The arrival and subsequent performances of John Cooney softened many a cough but Pienaar's class and versatility were missed after his departure.

It was reported, at the end of last season, that Pienaar would be returning to Ulster as a coach in 2019 but Dan McFarland appears to have settled on his own coaching staff. 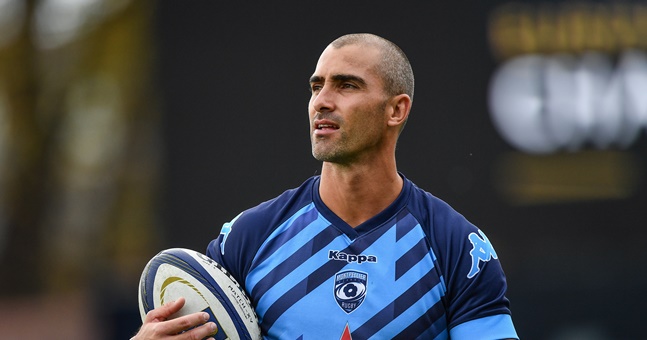 Pienaar is 35 now and on the look-out for a new challenge, and that is where Cheetahs come into the picture. 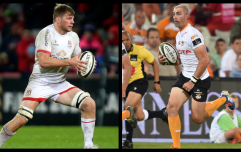 END_OF_DOCUMENT_TOKEN_TO_BE_REPLACED

OFM Sport, in South Africa, are reporting that Cheetahs are in talks with Pienaar about getting him in for a return to the Guinness PRO14.

The 88-times capped Springbok may fancy a stint back in his native country and, having lost Shaun Venter to Ospreys, could do with Pienaar's talents.

It is believed that Pienaar could be given some coaching duties, as well, as he looks to gain experience off the field before he eventually hangs up the playing boots.

Cheetahs are in Conference A of the Guinness PRO14 along with Ulster, for the next two seasons, so there may be an emotional playing return, or two, to Belfast in the coming months and years.


popular
"If Murray is playing that first half for England, he's probably Man of the Match"
Jacob Stockdale and Johnny Sexton not spared by English press
Baz & Andrew's House Of Rugby - Twickenham carnage
Triple Crown wrenched away as England scrape Ireland off their boots
'Were they up for it more than us? That's my responsibility' - Andy Farrell
ROG hits the nail on the head assessing Ireland's performance
Tyson Fury reveals what happened when he sparred Anthony Joshua
You may also like
1 month ago
Leinster get Saracens as Champions Cup quarter finals confirmed
1 month ago
Ulster join Leinster in Champions Cup quarter final after tense Bath victory
1 month ago
Six Leinster players that could benefit from a provincial switch
1 month ago
What Munster and Ulster need to get a Champions Cup quarter final
1 month ago
France have got themselves a turnover machine for the Six Nations
1 month ago
"If McCloskey's gonna be in the mix, he's gotta be in the mix now"
Next Page