Watching Spurs advance to their first ever Champions League semi-final on Wednesday reminded us that the relative underdog always has a chance.

Spurs, with their new billion pound stadium, aren't exactly the David to Manchester City's Goliath but this was still a team that had bought no players in the summer transfer window, facing a team that had spent more money than any other English team under their manager Pep Guardiola, who was also in charge of a side that set a Premier League record for points and goals last season, and a group that should go close to breaking the 100 goal mark again this season.

Essentially, Spurs went to Manchester without one of their best players in Harry Kane and advanced against a team heavily fancied to topple them.

Now consider Munster. They must head to Saracens, to face the two-time European champions, four-time Premiership champions and a side that put up 56 points on a Glasgow side that lost just two games in the Pool stage, incidentally, both to Saracens, 13-3 at home and then 38-19 at Allianz Park.

As for Munster, they will most likely be without their leading points scorer in Joey Carbery. The leading replacement for him - Tyler Bleyendaal - has started just three games since the start of the year. They've qualified for 14 Heineken/Champions Cup semi-finals over the years yet have won the competition just twice, and when they played this game two years ago, they lost 26-10 to Sarries at the Aviva Stadium. 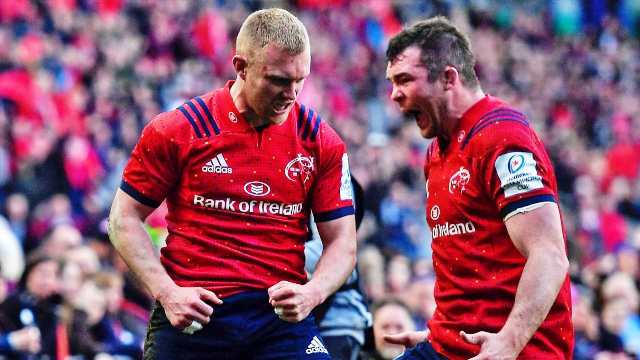 There's so many red flags here for Munster. Losing one of their best players. A horrible record in the last four of this competition. Saracens are undefeated in 14 home games this season. They're also littered with Lions players. They're one saving grace is that one of those players has embroiled the club into a cauldron of controversy by trying to justify Israel Folau's homophobic comments.

It's to Munster's credit that they're back at this stage of the tournament and it's to van Graan's credit that he's managed to maintain the province's lofty expectations that were set so high by his predecessor Rassie Erasmus.

The sides have been very similar from a statistical point of view but all Munster sides have been haunted by a horrific away record in the knockout stages of this competition. Last year it was a five point loss away to Racing. The year before they were blown out by Saracens.

END_OF_DOCUMENT_TOKEN_TO_BE_REPLACED

Different generations of players, different teams have struggled for Munster away from home at this stage, albeit against the absolute cream of the crop of European Rugby, and van Graan is charged with trying to buck this trend after scraping by Edinburgh at Murrayfield earlier this month. 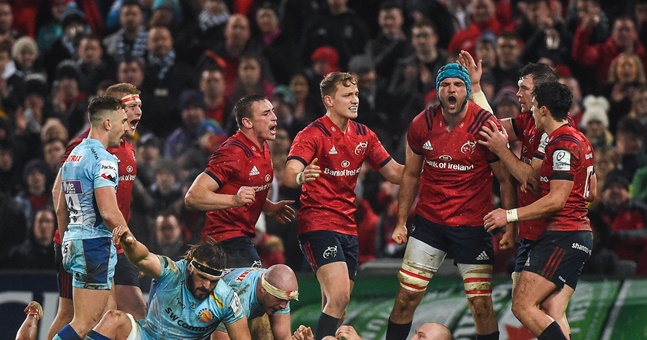 Their record at this stage of the competition speaks for itself but the encouraging thing with Munster is that this group in particular have fought their way out of tough spots before this season.

They grinded out a result against Edinburgh in a game were they were on the backfoot. They put 41 points on a Gloucester team they very much needed to beat. They rallied to earn themselves a 10-10 draw against an Exeter side that is currently at the top of the Premiership table.

It's a Munster team that scraps and fights and wills their way to win, and that's not to say this is an industrious team that gets by on grit, as highlighted earlier, they average 26.88 points per game and just put up a combined 82 points in their last two wins over Cardiff and Treviso.

Saracens away is a clear step up from the aforementioned but Munster will enter this game in good form and will be buoyed by the toughness they showed in the win over Edinburgh.

The thing for van Graan is that he will ultimately be judged by what this team can do in April and May. The turbulence of 2015 and 2016 is largely gone. This is a squad that has qualified for three consecutive Champions Cup semi-finals and the last two PRO12/14 semi-finals.

Losing Carbery is a massive blow and one that could not have come at a worse time given just how good he's been at Munster this season, as well as his importance as the team's primary playmaker, but this is the yard stick that Munster coaches must be measured against as this is ultimately where the club and their fans see themselves; as European contenders.

Getting to the dance has never really been a problem for Munster, it's making the most of their time there that has been their biggest shortcoming.

Saracens will be the favourites and rightfully so given their form, home record and pedigree in this competition and Munster will have to show more than grit to get the job done.

But in a week where Tiger Woods is the Masters champion and where Spurs are in a semi-final, stranger things have happened.


popular
Justin Gaethje tells Conor McGregor to wait his turn
The SportsJOE 12 o'clock quiz | Day 74
QUIZ: Can you name the Football Italia cult heroes? | Part 2
SportsJOE 2000s Football Quiz | Round 4
QUIZ: Correctly identify these World Cup 2014 players from their stickers
Bohemians say government advice was followed, after training video emerges
SportsJOE 2000s Football Quiz | Round 3
You may also like
4 days ago
Tadhg Beirne on the Wayne Pivac request that helped change his career
1 week ago
Baz & Andrew's House of Rugby - Tadhg Beirne and John Cooney
2 weeks ago
How Munster could line out after confirmation of fourth major signing
1 month ago
Munster's James Cronin gets one-month ban for 'unintentional anti-doping violation'
1 month ago
"Am I going to be safe? Am I going to come home healthy?" - Munster doctor joins Covid fight
2 months ago
'Paul O'Connell re-arranged my living room furniture' - a rugby ref's tale
Next Page