Some big calls in Champions Cup Team of the Weekend

Leinster and Ulster dominate the XV this week.

Round one of the 2019/20 Champions Cup pool fixtures saw the Irish provinces win four from four. This weekend was somewhat trickier but all four sides gave it their all.

In our Champions Cup Team of the Weekend - selecting from the four provinces and Irish lads playing abroad - there are six from Leinster and five from Ulster.

Kicking off the weekend, Ulster defeated Clermont 18-13 at Kingspan Stadium, in Belfast, as four of their big players again stepped up. John Cooney and Jordi Murphy both scored tries, captain Iain Henderson was leading from the front and Marcell Coetzee was a pure nuisance to the French side.

Coetzee got the BT Sport man-of-the-match but Cooney, who's try was all about individual brilliance, must have pushed him close. Rob Herring was solid at the set-piece and combative around the park. 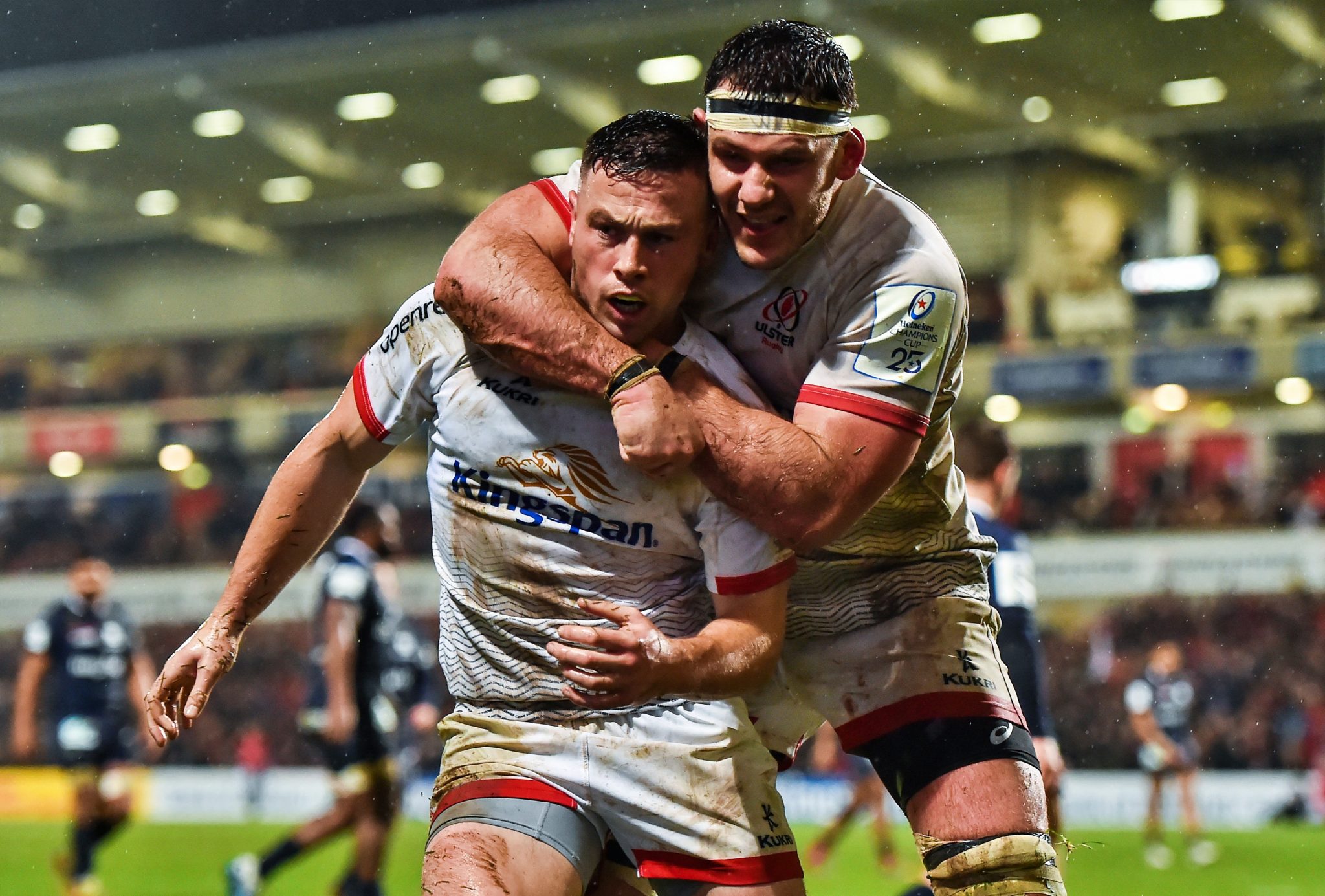 Connacht were next up and they went 14-10 against a star-packed Toulouse side before falling away in the second half. John Porch looked bright on the right wing while Ultan Dillane and Colby Fainga'a were fronting up. However, Jerome Kaino's 64th minute try saw the four-time European champions pill away and a late try swelled the scorecard 32-17 in their favour.

Leinster were far from their best but they still accounted for Lyon, who are going well in this season's Top 14, at Matmut Stadium. Johnny Sexton, who played the full 80 minutes, kicked eight points while Max Deegan grabbed what proved to be the match-winning try as Leinster won 13-6. We had to get Deegan into our XV, along with Coetzee, so we've switched the versatile back-row to blindside. 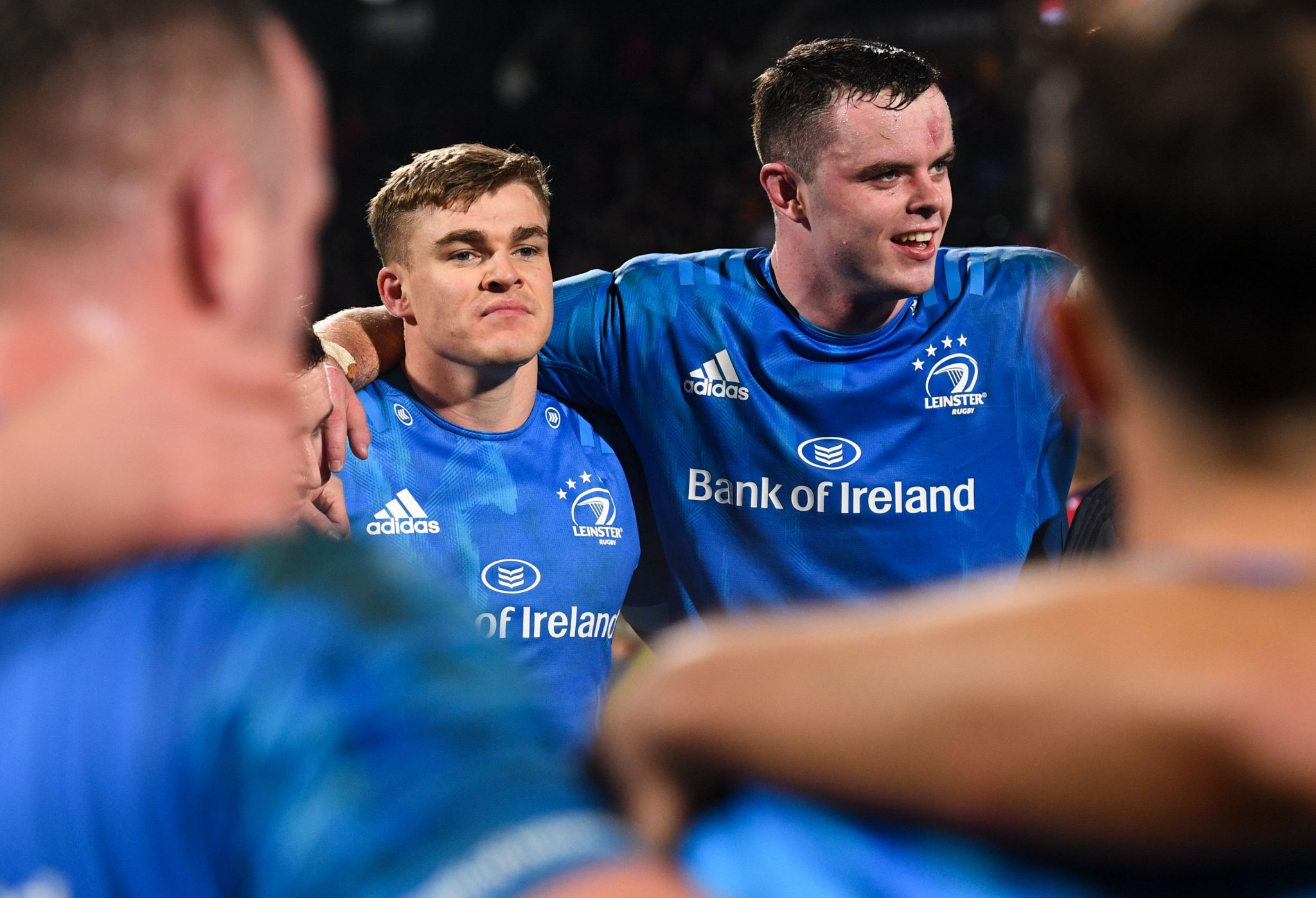 Elsewhere for Leinster, Robbie Henshaw was dogged and strong in defence, Scott Fardy was immense again (two turnovers won) and the Leinster props Cian Healy and Tadhg Furlong both withstood fierce tests at the scrum and combined to win one crucial penalty when their side were down to 14.

END_OF_DOCUMENT_TOKEN_TO_BE_REPLACED

Finishing up with the 21-21 draw between Munster and Racing 92, Mike Haley's bright first half display sees him edge Will Addison (Ulster) out of our XV while Keith Earls has to make it after his clutch finish on the left wing. Chris Farrell was very good, too, and Munster captain Peter O'Mahony praised his contribution after the drawn game.

Niall Scannell's lineouts were under pressure all day but he stepped up with one crucial turnover, while Tadhg Beirne helped himself to a couple of nice poaches.

Notable mention for Donnacha Ryan (Racing 92), who tormented and harried Munster in the lineout, loose and a shedload of rucks. He was unlucky not to head home to Paris a winner.


popular
Justin Gaethje tells Conor McGregor to wait his turn
QUIZ: Correctly identify these World Cup 2014 players from their stickers
The SportsJOE 12 o'clock quiz | Day 73
QUIZ: Can you name the Football Italia cult heroes? | Part 2
Only a true nerd will get full marks in our 2016 football quiz
Carl Froch debuts 'nose job' on Sky Sports News, and the reaction is inevitable
SportsJOE 2000s Football Quiz | Round 3

You may also like
3 days ago
Tadhg Beirne on the Wayne Pivac request that helped change his career
6 days ago
Baz & Andrew's House of Rugby - Tadhg Beirne and John Cooney
2 weeks ago
How Munster could line out after confirmation of fourth major signing
1 month ago
Munster's James Cronin gets one-month ban for 'unintentional anti-doping violation'
1 month ago
"Am I going to be safe? Am I going to come home healthy?" - Munster doctor joins Covid fight
2 months ago
'Paul O'Connell re-arranged my living room furniture' - a rugby ref's tale
Next Page