Some tasty fixture in there.

There are some enthralling, and testing fixtures ahead - in both the Champions Cup and Challenge Cup - for the Irish provinces. The addition of South African sides, from the United Rugby Championship, have considerably enlivened matters.

When all the team balls and pool balls had been drawn, it was a Pool A draw against Gloucester and Racing 92 for Leinster. Ulster are in Pool B and their games are against La Rochelle and Sale Sharks. Munster, meanwhile, will face Toulouse and Northampton Saints.

END_OF_DOCUMENT_TOKEN_TO_BE_REPLACED

Harlequins will square off against Sharks and Racing 92, while three-time champions Saracens get cracks at Edinburgh and Lyon. Premiership champions Leicester Tigers will meet Clermont and Ospreys in their pool games. 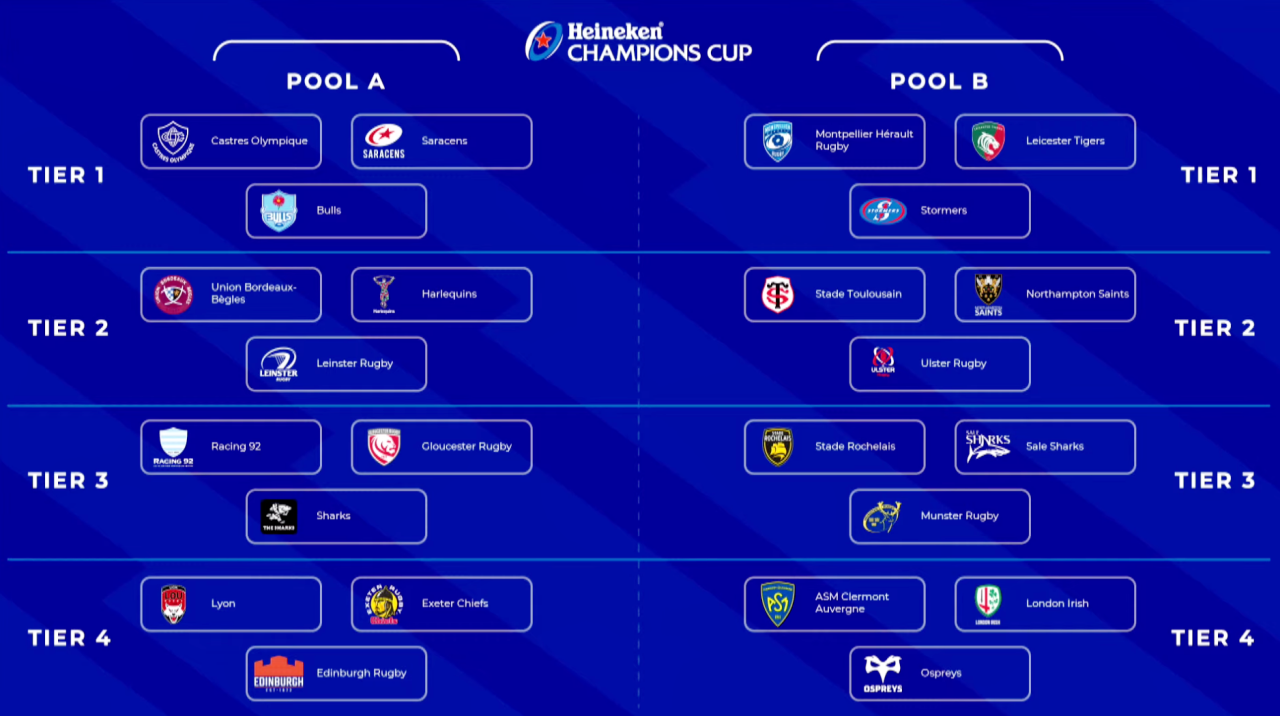 The last five winners of the competition have been Leinster, Saracens, Exeter Chiefs, Toulouse and La Rochelle. 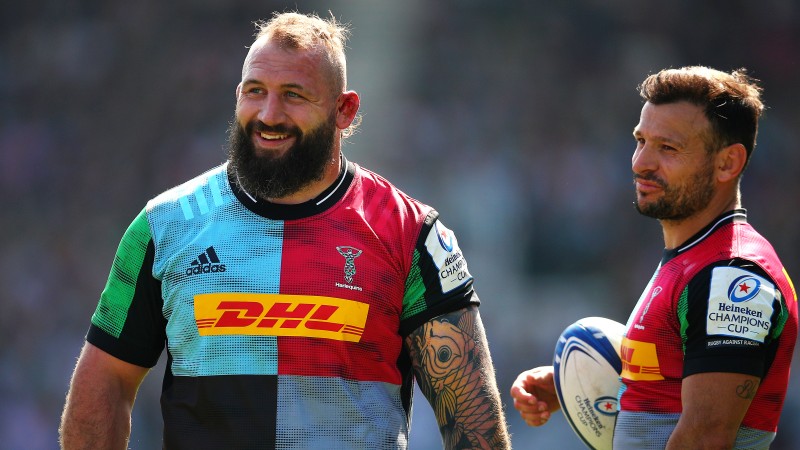 END_OF_DOCUMENT_TOKEN_TO_BE_REPLACED

Connacht will fancy their chances of reaching the Challenge Cup knock-out stages, after being drawn against Newcastle Falcons and Brive.

Pool A, in which they have been drawn, has heavy-hitters Toulon and Bristol Bears, but the Westerners will be confident of totting up a decent points return in their four outings.

Bath, who will be coached by Johann van Graan next season, have been tasked with taking on Glasgow Warriors and Toulon. Wasps have a decidedly more palatable set of fixtures against Bayonne and Dragons RFC.

The clubs in both competitions have been divided into Pools A and B and are not allowed play sides from their own leagues. There will be four pool stage games - two home and away against two separate opponents - before the competition moves to the knock-out stages.

The pool stage games will be staged in December of this year and January 2023. The EPCR will release all the dates, times and TV plans for these fixtures in the coming weeks.

The Challenge Cup Final takes place in the Aviva Stadium on Friday, May 19 with the Champions Cup following on Saturday at the same venue, in Dublin.


popular
Roy Keane cracked up Ian Wright and Gary Neville with England team spirit remark
'I was so stressed the week before the All-Ireland and I ended up having a panic-attack' - O'Shea and O'Sullivan open up
Roy Keane shoots down ITV presenter's 'excuse' for England's draw with USA
Wales supporter who travelled to World Cup with his son dies in Qatar
World Cup 2022 Day Seven: All the major action and talking points
The nine England World Cup footballers who could have played for Ireland
Amancio Ortega interested in buying Man United from Glazers
You may also like
4 days ago
"Two Irish players are best in the world" - Rugby reacts to big Josh van der Flier and Terry Kennedy awards
5 days ago
Two baffling omissions as four Ireland stars make World Rugby 'Dream Team' of the Year
5 days ago
Josh van der Flier claims World Rugby Player of the Year at Monaco ceremony
5 days ago
"Highlight of my Ireland career" - Behind the scenes as Jack Crowley and Ross Byrne covered for a legend
6 days ago
Bundee Aki reminded us all of his best qualities, on a night Ireland couldn't do without him
6 days ago
Peter O'Mahony delivered some fitting Jack Crowley comments after surprise Test start
Next Page