Changes are afoot, and in a big way.

Next season's Champions Cup and Challenge Cup competitions have been rejigged to accommodate more teams and with an eye at more high profile matches that should attract big TV and [hopefully] match-day audiences.

The EPCR, this morning, released the format and fixture plans for an expanded Champions Cup - up from 20 to 24 teams - next season. Here are the main bullet points: 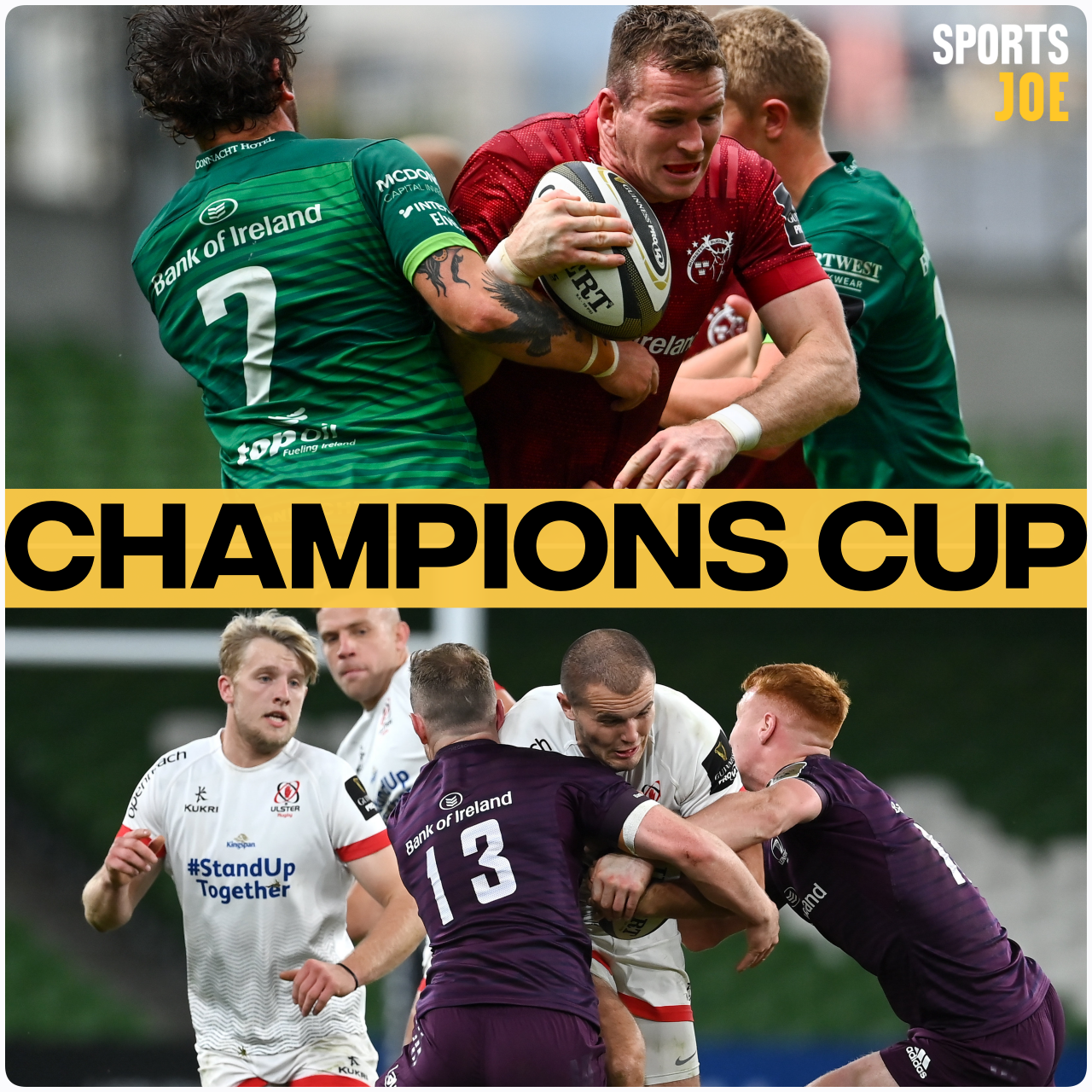 END_OF_DOCUMENT_TOKEN_TO_BE_REPLACED

So, what does that mean for your favourite province?

There will still be changes to the final tiers due to the fact that the PRO14 and Premiership's 2019/20 seasons are still playing out. France's Top 14 decided to scrap their domestic season, earlier this year, after the Covid-19 pandemic caused massive delays, but their top 8 is pretty much decided.

Castres are still in the 2019/20 Challenge Cup quarter finals and could yet bump out Montpellier if they lift that trophy in October. As it stands - noting that there is subject to change - here are the tiers:

Now, this is where this weekend's Guinness PRO14 semi-finals come into play...

END_OF_DOCUMENT_TOKEN_TO_BE_REPLACED

Leinster and Edinburgh - as conference winners - are provisionally in Tier 1 (above) but that all changes if Munster and Ulster win their respective semis on Friday and Saturday.

In effect, whoever makes it to the PRO14 final, on September 12, becomes the Tier 1 sides for next season's Champions Cup. Past deeds in Europe are not counting towards the 2020/21 competition.

At present, the only Irish province that have been confirmed in a tier are Connacht. Andy Friend's side go into Tier 4 and they will face either Bordeaux or Lyon in the pool stages.

Everything else, until the Premiership and PRO14 are concluded, is up in the air.


popular
When Liam Brady lit into Brian Clough for his dismissive Mick McCarthy comments
Roy Keane pays Declan Rice highest compliment possible as United move discussed
Galway fans' frosty reception for Davy Fitz doesn't make any sense
"I'm pretty angry... Kane's body language and performance, oh my goodness!"
Roy Keane and Graeme Souness had plenty to say about David Moyes' crucial penalty decision
Wayne Rooney found out about Derby administration threat on Sky Sports News
Solskjaer makes fair point as Ronaldo denied two 'stonewall penalties' at West Ham
You may also like
4 months ago
The incredible run of events that saw Tadhg Beirne become a Lion
4 months ago
Kieran Marmion sends reminder to Andy Farrell as two young guns front up
4 months ago
Dream on hold for Munster fans as O'Gara agrees to new deal at La Rochelle
5 months ago
"Munster was like playing for your local GAA club. The craic was 90"
5 months ago
"I'd like Ronan O'Gara at Munster in the next 12 months" - Niall Ronan
5 months ago
"Gavin Coombes was outstanding" - Munster's ray of hope as European light snuffed out
Next Page