England is not claiming this plucky golfing prospect!

Brian O'Driscoll and Rory McIlroy tried to shake off the disappointment of Ireland's World Cup exit by taking part in a charity golf game in Japan.

The Irish sports stars teamed up in a Pro-Am competition in the Japan Skins game, on Monday, and raised a heap of money for several good causes. 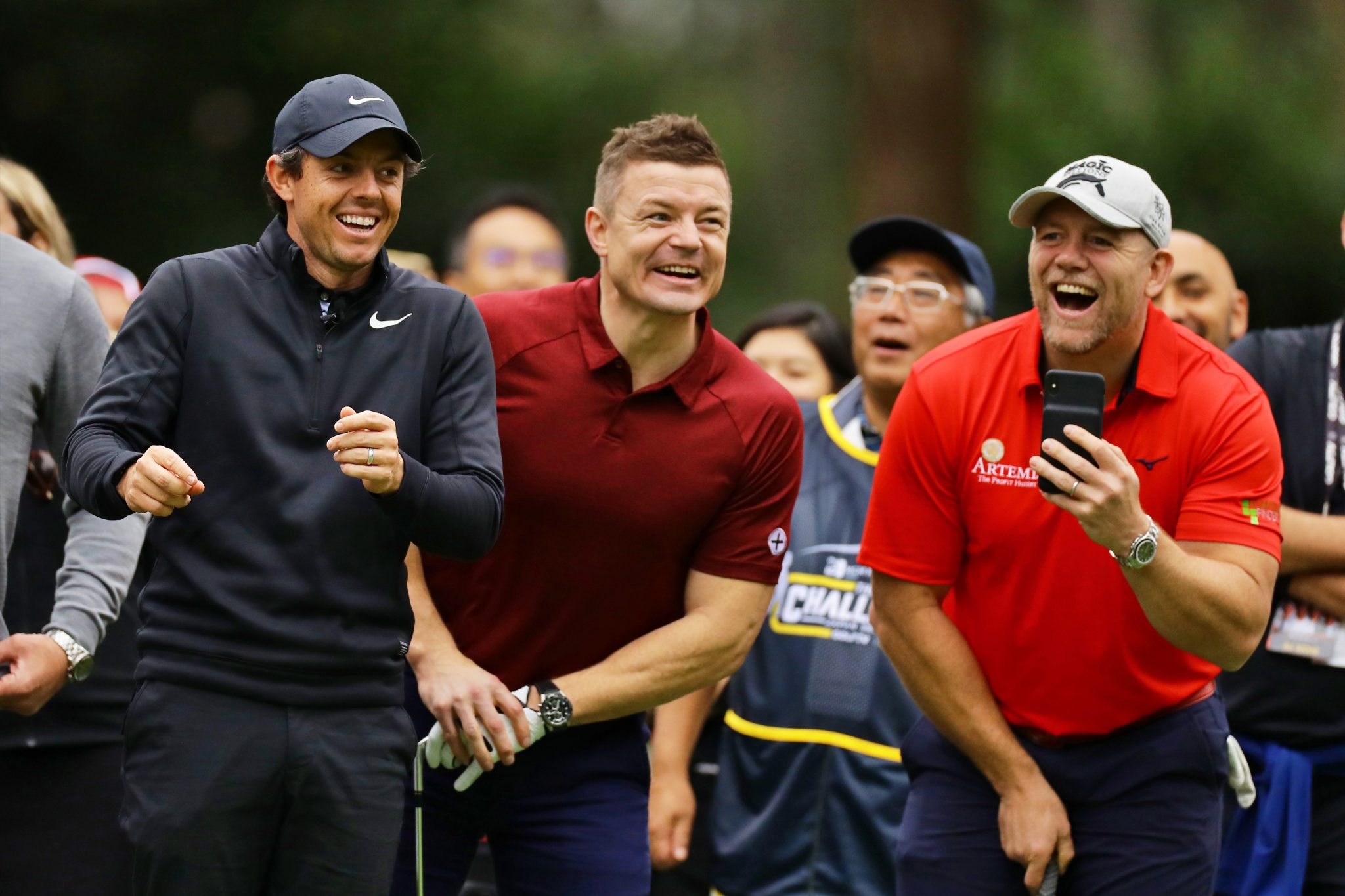 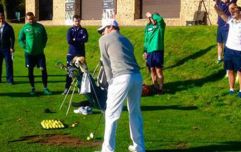 END_OF_DOCUMENT_TOKEN_TO_BE_REPLACED

As part of the event, rugby legends O'Driscoll, Mike Tindall, George Gregan and Bryan Habana all took part in a par-three challenge at the 7th hole.

It looked as though that hole was going to Hideki Matsuyama and Habana as the Japanese golfer rolled in a 35-foot birdie. Before McIlroy even got his chance to putt, O'Driscoll stepped up and drained his birdie attempt from 25 feet away.

That prompted a hug from McIlroy and high-fives from Tindall and his playing partner, one Tiger Woods.

The Golf TV commentators showed their scant rugby awareness by mixing up O'Driscoll with Tindall, the former England captain. 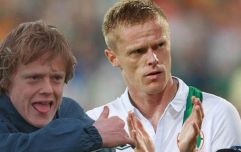 END_OF_DOCUMENT_TOKEN_TO_BE_REPLACED

Diplomatic incident avoided, Woods then chimed, "No need for me to putt", as the hole was halved and the skins total increased for the 8th hole.

When it was all said and done, Australia's Jason Day, who had been paired with Gregan at the 7th hole, won out and got to donate the main $100,000 cheque to his chosen charity. McIlroy finished with $60k, Woods with $50k and Matsuyama got $30k to donate to his charity.


popular
Gary Neville reveals Man United ignored advice to sign Joao Cancelo
"I think there are only five Kilkenny players who are guaranteed to start on any given day" - Cody's motivational methods
"County football isn't for everyone" - Down captain Barry O'Hagan hits back at criticism
QUIZ: You have 60 seconds to answer one Premier League goalkeeper question
FootballJOE's Career Path Quiz: #6
Boris Johnson slams Jurgen Klopp for defending Liverpool fans booing national anthem
Rhodri Giggs accuses Gary Neville of hypocrisy over Salford sacking
You may also like
1 month ago
Rory McIlroy explains why he makes slow starts in Majors after stunning final Masters round
1 month ago
Rory McIlroy gives us all reason to believe again with stunning Masters run
1 month ago
The Masters tee times: When time are Irish golfers in action?
1 month ago
Rory McIlroy 'wasn't in awe' of Dustin Johnson during 2020 Masters win
1 month ago
Rory McIlroy on the 'demanding' changes to two of the toughest Masters holes
2 months ago
Phil Mickelson apologises for "reckless" Saudi comments
Next Page