Two of Irish rugby's best ever players are finding their own way in the game since hanging up their boots.

Brian O'Driscoll is preparing for his fifth season as a pundit for BT Sport since he retired from the game. Fifth. Five. FIVE.

If you wonder where time has gone, O'Driscoll's face is no indication. If anything, the former Ireland and Lions captain looks fresher now than when he finished up as a cup winner with province and country.

Paul O'Connell followed that well-worn path in 2016 but it was a devastating hamstring injury sustained at the 2015 World Cup that was really the end. The former, inspirational lock has dipped his toes in the coaching waters, for Munster and Ireland U2os, and is now giving it a proper tilt as forwards coach at Stade Francais.

"I think he'll get on great," O'Driscoll tells us. "I think he was born to coach.

"He didn't really, fully know what he wanted to do after he finished the game. He tried lots of different things and he had an itch there. He wasn't sure how much of a scratching it required so he hesistated.

"He did Ireland Under 20s as forwards coach and it obviously gave him a taste for it. It's a big move for him and a bold move, in the best sense of the word, because it's to another country and an environment where it, culturally, may have been a bit divisive in years gone by... from what I've heard from previous coaches and other people that were involved [in France].

"It's great form him, though, and if someone is going to give you a bit of guidance, there's no better man to look to than Paul O'Connell." 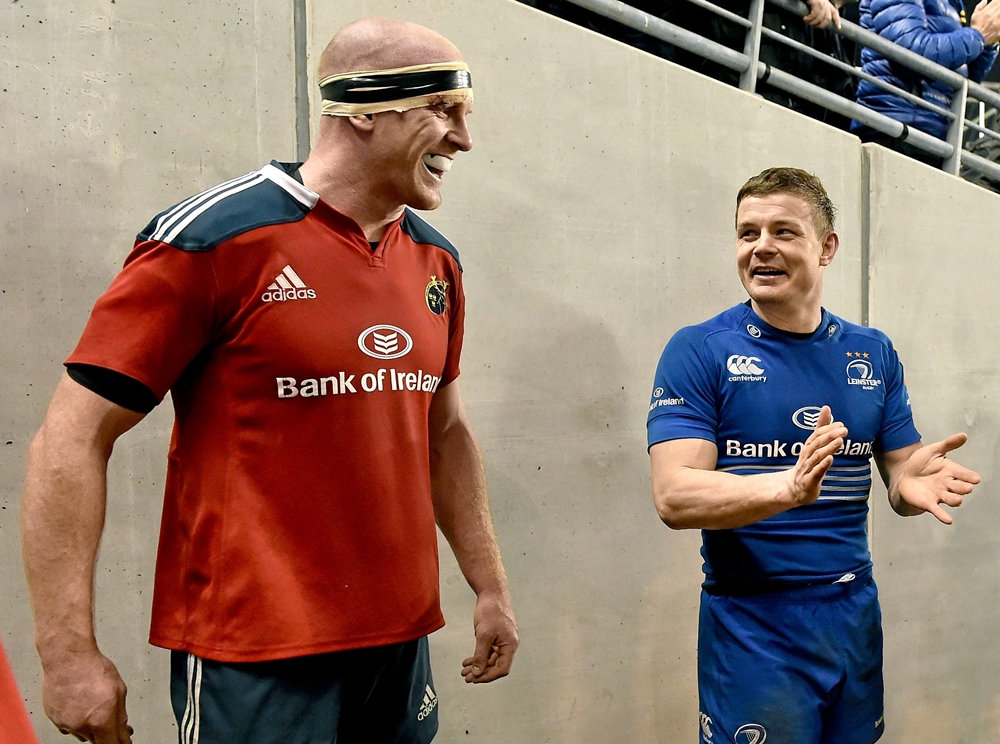 As for scratching that itch himself, O'Driscoll shakes his head.

"No... no. It's funny, though, you get a flavour for it. I did a TV ad last week with Roy Keane and there was coaching involved but it was with kids.

"That's great and you get to pass your message on but the thing about coaching at an elite level is that it owns your life again and you're not able to do other things that you want to do. I like variety and being able to pick from five or six different, mini careers.

"This [with BT] is kind of like coaching. You're on TV and you're coaching people at home as to what they are seeing or what to look out for or why something has happened - that's where I get my little hit."

Final day of filming for @btsport documentary #shouldertoshoulder today. It’s been an incredibly interesting and challenging experience to see every perspective. Looking forward to seeing the final edit. Out in Oct. Always good to catch up with @rorybest2 who brought such balance pic.twitter.com/k6RTDhu0cq

O'Driscoll recently wrapped filming on a documentary on Irish rugby, entitled Shoulder to Shoulder, that looks at how the Irish team is viewed both north and south of the border.

On the experience of travelling around the country and experiencing different cultures, he says:

"It has been really informative, educational and challenging, but I've loved it. I've learned a lot about The Troubles and how the players over different decades dealt with the issues up north and the sectarian divide, and - I wouldn't say impervious as it has been going on in the background - how rugby just paid no attention to it and we played as a unit.

"That's the general theme of everything. Whatever was going on within the public, or with religious or political beliefs, it had no effect on the rugby team whatsoever. They played united or uninhibited by the aspects that they had no control over.

"In many ways, it makes you proud that they could play through those difficult times and not be sucked into it."

The documentary should air later this year and could prove as compelling a watch as his old Ireland teammate's first steps in the professional coaching world. 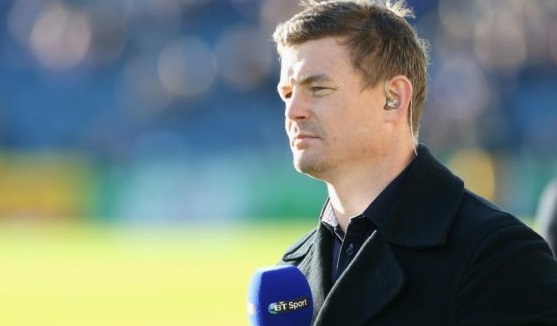 popular
Conor McGregor bought out of Proper 12 whiskey company
The SportsJOE 12 o'clock quiz | Day 312
QUIZ: How well do you remember the 2010 World Cup?
Longford leaving cert schools Europe's finest with measured masterclass
"No one comes into racing for money – it is a hard way to make a living" - Elliott releases heartfelt statement
Ugo Monye's Lions XV features two Ireland players and Welsh captain
When Phil Healy starred in the best comeback of all time featuring the greatest commentary ever
You may also like
3 days ago
"There would be a boot in the sink, a dish there, a toothbrush under the bed!"
4 days ago
Ugo Monye's Lions XV features two Ireland players and Welsh captain
4 days ago
Strong Ireland team Andy Farrell should pick to turn over Scotland
5 days ago
Welsh star backs Ringrose and Henshaw for Lions backline
5 days ago
Full text of Craig Casey's interview after lively Ireland debut, and initiation song
5 days ago
Ireland release Craig Casey, Bundee Aki and 11 more back to provinces
Next Page