"That made him stand out as a warrior."

Back at the turn of the century, Matt Williams and Willie Anderson were tasked with accelerating Leinster's plunge into the professional era. It was not easy by a long stretch, but having Brian O'Driscoll on the books certainly helped.

It was in the latter part of the 1990s when Anderson was sent over the Australia by the IRFU to study how they were embracing professionalism, and see what could be implemented here.

END_OF_DOCUMENT_TOKEN_TO_BE_REPLACED

"They were scientifically, tactically, technically and physically so far ahead of the whole game," he says, "and that is because of the money they were able to put into their institutes and facilities."

The idea, when he returned, was to establish an academy for the very best of Ireland's young rugby talent. While the provinces would, in time, take ownership of their own academy, the likes of Paul O'Connell, Donncha O'Callaghan, Brian O'Driscoll, Andrew Trimble, Gordon D'Arcy and more were some of the names that went through the IRFU academy.

When Leinster appointed Matt Williams as head coach, and needed an experienced Irish coach to help with that transition, Anderson came on-board. Williams was backs coach for Leinster in 1999, but took over the following year. The game was coming on five years professional but still finding its way from amateur set-ups and mindsets.

"Matt brought the guys kicking and yelling into the real professional era," he declares.

"It may have been professional, in that the guys were getting paid, but we were still living in amateur times. There's no doubt Matt did a fantastic job, and they were two or three of the best years of my coaching life." 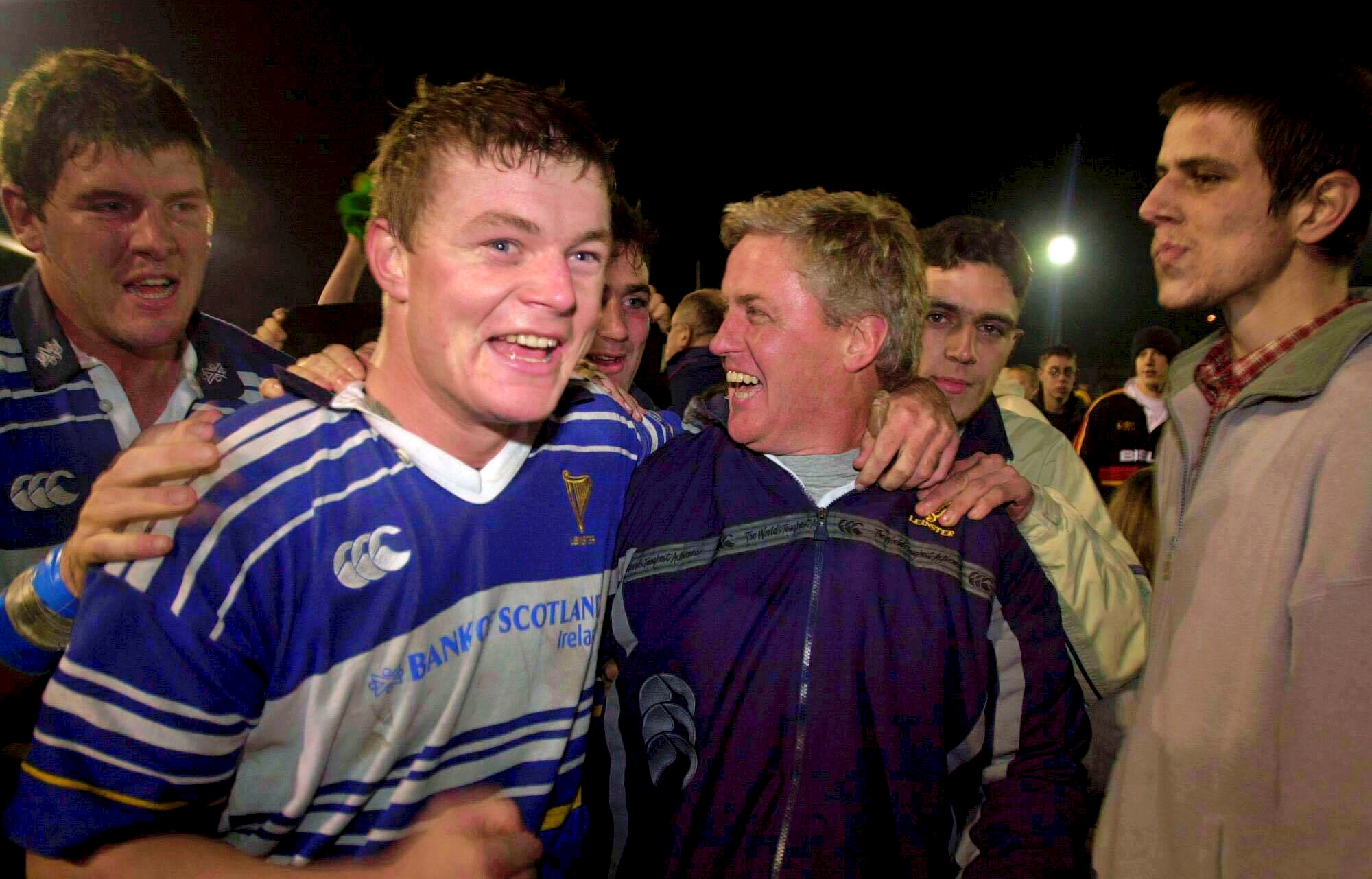 END_OF_DOCUMENT_TOKEN_TO_BE_REPLACED

Under Williams, Leinster won a Celtic League [an early version of the PRO16] and reached the semi-finals of the Heineken Cup. At his disposal, he had the likes of O'Driscoll, D'Arcy, Shane Horgan, Denis Hickie and Malcolm O'Kelly, as well as more established stars like Victor Costello, Eric Miller and Reggie Corrigan.

Of all the players he came across in his playing and coaching career, which spanned time with Ulster, Ireland, Leinster, Scotland and the Barbarians, Anderson puts O'Driscoll top of the list.

"I say this, and I don't make any bones about it, I was very fortunate in my life to meet a few geniuses. George Best, Barry McGuigan, in boxing. Brian O'Driscoll is a genius. He's a genius.

"When you meet a genius, and you're part of the set-up, you aren't going to be putting your hand up to say, 'Well, I coached that guy', because nobody coaches a genius. You were there and you might have said, 'You could maybe try it this way', but that's about it. Because his ability to see something, pick it up and literally do it the next Saturday, under the most extreme pressure, was magnificent. He's certainly the greatest player that I would have been involved with, anyway. I can't say coached.

"But, on top of that, he would have killed you to even win a touch game. That made him stand out as a warrior, because he was able to perform at the highest level, and perform to the highest degree of competency."

END_OF_DOCUMENT_TOKEN_TO_BE_REPLACED

That 2001 Celtic League win was O'Driscoll's only Leinster silverware for his first 10 seasons with his province. The tide turned with another league win in 2008, followed by two more [2013 and 2014] and three European Cups.

Anderson charts those seasons with Leinster's burgeoning crop of young stars in his book, Crossing The Line, which he put together with Brendan Fanning.

Having played 27 Tests for Ireland, won many an inter-provincial cup with Ulster and helped claimed the 1985 Five Nations title, someone of Anderson's obvious talents would have flourished in the professional game, had he been born 20 years later.

He would not change a bit, though. Well, maybe the flag-stealing bit in Argentina.

'Willie Anderson: Crossing The Line', published by Reach Sports, is out now.


popular
Roy Keane's issue with Argentina star could rival Graeme Souness and Paul PogbaA~WQA~~~~~~AAAA
Lionel Messi makes Gary Neville eat his words after "silk pyjamas" comment
Roy Keane cracked up Ian Wright and Gary Neville with England team spirit remark
'I was so stressed the week before the All-Ireland and I ended up having a panic-attack' - O'Shea and O'Sullivan open up
Roy Keane takes moment on TV to pay tribute to his old team in Cork
Man United youngster causes scrap from the bench after throwing ball at Australia player
Roy Keane shoots down ITV presenter's 'excuse' for England's draw with USA
You may also like
5 days ago
"Two Irish players are best in the world" - Rugby reacts to big Josh van der Flier and Terry Kennedy awards
6 days ago
Two baffling omissions as four Ireland stars make World Rugby 'Dream Team' of the Year
6 days ago
Josh van der Flier claims World Rugby Player of the Year at Monaco ceremony
6 days ago
"Highlight of my Ireland career" - Behind the scenes as Jack Crowley and Ross Byrne covered for a legend
1 week ago
Bundee Aki reminded us all of his best qualities, on a night Ireland couldn't do without him
1 week ago
Peter O'Mahony delivered some fitting Jack Crowley comments after surprise Test start
Next Page