Brian O'Driscoll talks us through his favourite Heineken Cup try

"There might be eight or 10 tries in there, but that one always gets the biggest cheer."

Brian O'Driscoll admits he and Leinster may have got ahead of themselves, in 2006, when they set up what was effectively a home Heineken Cup semi-final against Munster.

Leinster had gone to Toulouse on April 1st 2006 and made fools of those backing against them with a thrilling 41-35 win over the then three-time European champions.

END_OF_DOCUMENT_TOKEN_TO_BE_REPLACED

O'Driscoll got Leinster motoring in that game with their first try of the game. The former Leinster and Ireland captain has a long list of stunning and important European Cup scores. Asked for the favourite of his 33 Heineken Cup tries, O'Driscoll does not miss a beat.

"Yeah, the intercept against ROG."

To hear O'Driscoll talk about that try is to get a sense of that decade-long journey he and Leinster went through to reach the summit of European rugby. 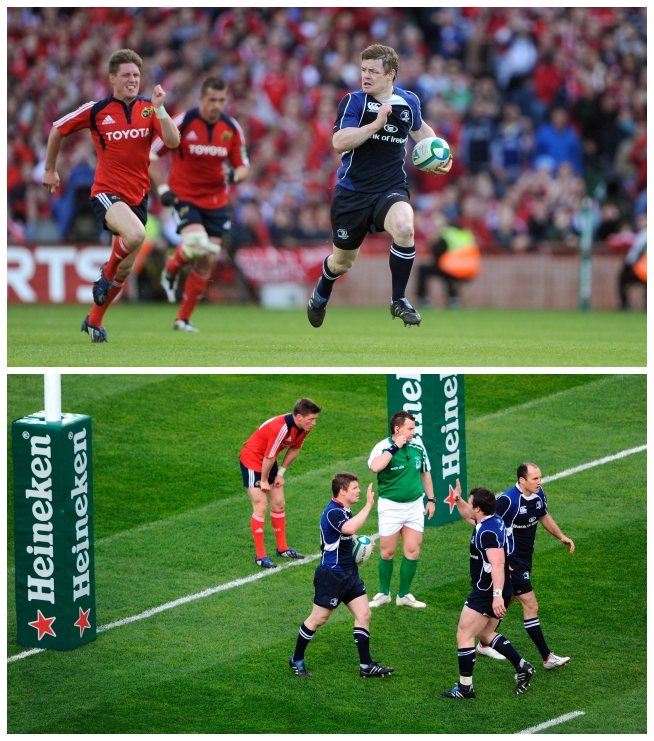 END_OF_DOCUMENT_TOKEN_TO_BE_REPLACED

Munster had beaten Leinster convincingly, 30-6, at Lansdowne Road in 2006 not long after that win over Toulouse. Leinster felt they had destiny on their side, but the Munster pack savaged them and late tries from Ronan O'Gara and Trevor Halstead gave the final scoreboard a lopsided look.

Three years on and both sides faced off again in the final four, this time in front of 82,208 fans at Croke Park. O'Driscoll's favourite try came on 62 minutes, with Leinster 18-6 ahead but needing to defend hard just inside their 22. O'Gara lined up Paul O'Connell for a pass, but O'Driscoll was already eating up the ground.

"I probably enjoyed the next 17 or 18 minutes more than running in the try itself. But you were still a bit nervous as Munster were a team that could still come back.

"It was quite a long sequence of play, and sometimes it's not the smartest thing in the world to try for an intercept 80 metres out.

"Because ROG would never have had the biggest set of wheels in the world. Even though, if you look at the video, I'm certainly not getting away from him!"

'You have to finish the job', says Brian O'Driscoll

END_OF_DOCUMENT_TOKEN_TO_BE_REPLACED

"It was an important try," says O'Driscoll, "without it being intercepting from him - it was important in terms of giving us space to be able to, you know, enjoy the end of the game and really dig in defensively and make sure we didn't give them anything from it."

Given that it was O'Gara's 73rd minute try that sealed the deal against Leinster in the 2006 semi-final, there was a certain symmetry to O'Driscoll killing Munster off by intercepting their legendary outhalf.

"Yeah, and you're not thinking of any of that, at the time. Maybe when you subsequently look back at that - him breaking our hearts - it was a steep learning curve because maybe we just thought we were better than we were, off the back of one big quarter final win over in Toulouse. We got probably put to the sword by Munster in the semi-final.

"So to come and turn the tide, three years later... them as European champions from 2008 and us to beat them and go one and win in Europe for the first time in our history, all of those things spark positive emotions.

"If we hadn't have won against Leicester [in the final], I wouldn't be speaking so fondly of it, but you have to go on and finish the job.

Ronan O'Gara feels that Leinster win in 2009 had a lasting impact. In 2018, after Leinster had won their fourth European Cup title, he told House of Rugby:

"Leinster turned the tide and became the dominant force in Ireland. That day in Croke Park that Johnny Sexton stood over me. That was the day the achieved supremacy."

"It's funny," O'Driscoll says. "whenever you're at a function and there might be a highlight reel, there might be eight or 10 tries in there, but that one always gets the biggest cheer.

"Irrespective of what room I'm in, it's always that one." 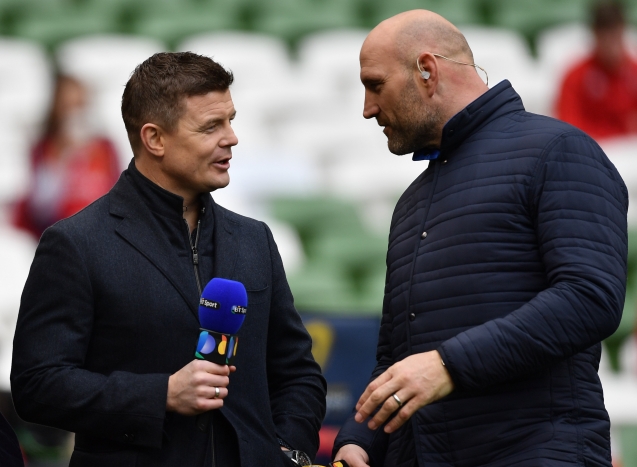 BT Sport is the home of European Rugby Champions Cup. The 2021/22 season kicks off with a weekend full of games, including Leinster v Bath live on BT Sport 2 at 3.15pm on Saturday 11th December. Find out more information on how to watch at BT Sport bt.com/sport


popular
The FootballJOE Qatar World Cup 2022 Geography Quiz
From Ireland to Argentina: Alexis Mac Allister's Irish roots explained
World Cup 2022 Day 12: All the major action and talking points
France demand FIFA change result of World Cup defeat over 'rule break'
Cristiano Ronaldo 'agrees £173m-a-year deal' with Saudi club
"Nowadays, even if I don't hit a ball, I don't care as long as we win" - Gleeson learning from the past
Castleknock's Warnock the hero as Maynooth win first ever Ryan Cup final
You may also like
1 week ago
"Two Irish players are best in the world" - Rugby reacts to big Josh van der Flier and Terry Kennedy awards
1 week ago
Two baffling omissions as four Ireland stars make World Rugby 'Dream Team' of the Year
1 week ago
Josh van der Flier claims World Rugby Player of the Year at Monaco ceremony
1 week ago
"Highlight of my Ireland career" - Behind the scenes as Jack Crowley and Ross Byrne covered for a legend
1 week ago
Bundee Aki reminded us all of his best qualities, on a night Ireland couldn't do without him
1 week ago
Peter O'Mahony delivered some fitting Jack Crowley comments after surprise Test start
Next Page