Funny thing is, Chris Farrell thought his Irish dream was over before it even started.

A precocious talent up in Ulster, huge things were expected from when he was just a teenager. Farrell, the Fivemiletown thoroughbred was well able for the pressure.

He made his Ulster debut at 18, everything going to plan, and for all the world looked an Irish international in waiting. But there were a few bumps to follow. The dreaded reaper knocked at the door and by the time he was 21, Farrell had suffered two serious knee injuries and was no longer first choice at Ulster.

Time to re-assess where things were going. Farrell was no longer enjoying life at Ravenhill. A change was needed. The other Irish provinces were all interested when word got out that the Tyrone centre was seeking a change of scenery, but he was talking for real. 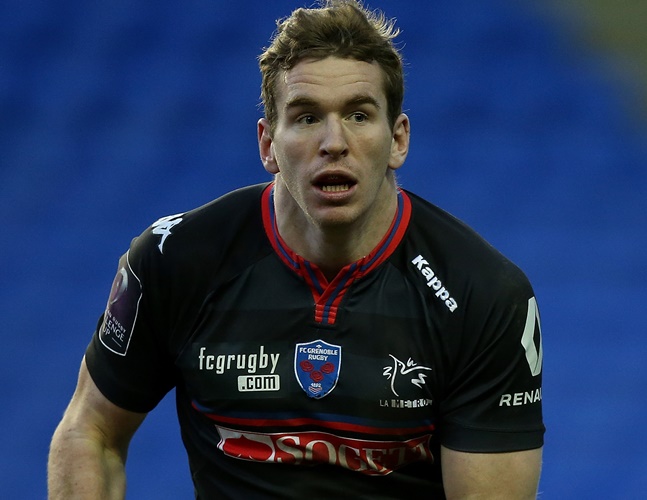 "I first played for Ulster at 18," he says, "[and] put a bit of pressure on myself to be in a better place when I hit 21... I felt I needed that change of environment so I could get away from that sort of pressure," he said on Baz and Andrew's House of Rugby recently.

A change in environment doesn't always end well though. Ireland's protocol is to pick the national side out of the four provinces and Farrell's move to the foot of the French alps took himself out of the conversation.

Six years on and despite the roundabout journey, Farrell is 26 and he's where he was always expected to be. In the prime of his life in Rugby World Cup year and looking like a serious weapon for Joe Schmidt's Ireland to use. 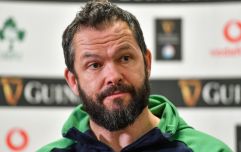 END_OF_DOCUMENT_TOKEN_TO_BE_REPLACED

Replacing the injured Bundee Aki in the first half of Ireland's first pool game against Scotland, Farrell looked right at home in the centre. He was quick off the line to make a hard tackle early on while he always looked typically sharp and assured in possession.

His work-rate and intensity were exemplary, and he showed fleet feet on numerous occasions to chase down Jack Carty's kicks, beating Scotsmen in the race to the ball. Then with ball in hand, he was slick and direct, making three clean breaks and beating two Scottish defenders.

His all-round stats were something else.

And ended his day in the scrum, some versatile performer, he'll be some weapon in this World Cup 👏 pic.twitter.com/xaUQ14xlFo

The highlight of his performance was undoubtedly that reverse pass to Luke McGrath, where he showed Rolex wrists and 20:20 vision to set the Leinster man off.

But we're becoming very accustomed to this from the deceptive Ulster man.

Ending his day in the Irish pack, he'll be some weapon as this World Cup runs off.

Chris Farrell ending his day in the back-row

What a cameo from the Tyrone man pic.twitter.com/1RhG8w8KXg

All Joe Schmidt's texts, praising his performances and urging him on while he was out in France are certainly paying off now.

"Whenever I was in France I had a bit of contact from him and there was times that, midweek, I’d receive a text message from him and it would be, sort of, times in games from the weekend past – were I had done something and I could have done better, or something I had did well and he just wanted to highlight it..."

Schmidt knows a player when he sees one.

You may also like
1 year ago
"You've just kind of got to say 'fair enough', and move on" - James Ryan on social media abuse
1 year ago
"If Murray is playing that first half for England, he's probably Man of the Match"
1 year ago
Ireland lose mental battle, as scars of 2019 rear their head again
1 year ago
Romain Poite "brilliant to deal with" - Sexton
1 year ago
Player ratings as Ireland squeak past Scotland
1 year ago
Two debutants and some shocks as Farrell names Ireland team
Next Page