The Connacht hierarchy will find it difficult to ignore this man.

Irish rugby is still in a state of shock after Pat Lam revealed earlier this week that he would be leaving the western province at the end of the season to take up the head coach role at Bristol.

The exit of an excellent coach in Lam is a blow to Irish rugby as a whole, let alone Connacht themselves.

This makes it imperative that Connacht Rugby and the IRFU ensure that the person to replace Lam is a coach of the highest pedigree.

One of the names which always comes into contention when there is a head coach position available at one of the provinces is that of Bernard Jackman. 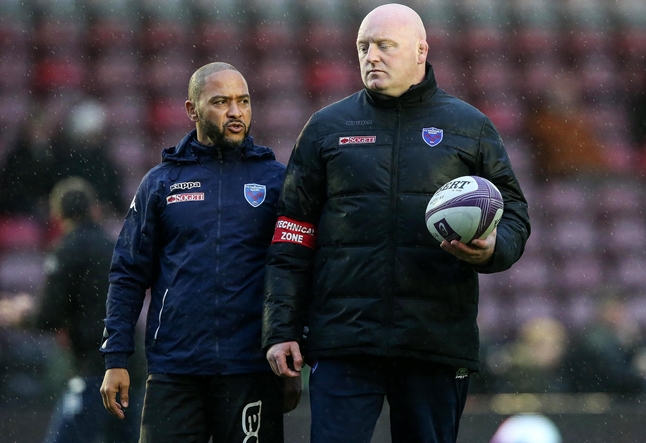 The former Ireland international has been honing his coaching skills at Grenoble for the past number of years.

It's no secret that Jackman eventually wants to return to Ireland in a head coach capacity. This, in addition to the fact that Jackman has also played for Connacht at two different stages in his career, makes him one of the top names on everyone's lips to replace Lam.

Speaking to Bernard Jackman a few mins ago and he said he would be interested in talking to Connacht should the opportunity arise!

Well those murmurings have just gotten a lot louder as Jackman recently spoke to RTE 2FM's Game On where he revealed his interest for the job, as transcribed by RTE:

"For sure I’d like to talk to them if they found it worth their while talking to me," Jackman said.

"I’ve been massively impressed with  what they’ve done. I’ve played there and probably played there in a time when there wasn’t that  stability in terms of a strong link with the IRFU.

"Willie Ruane (Connacht CEO) has come in and given them real clarity in terms of what they want to build.

"The Connacht job is incredibly attractive for anybody. I’m under contract here and I’ve got a big challenge to try and get this club out of the relegation zone so I think all that stuff is just talk."

Jackman realises that the job will go to the best candidate and is fully confident that the IRFU will find the ideal person available to replace Lam.

"That job will go to whoever is the best candidate. The IRFU have shown that they’re happy to bring in world class coaches as head coaches and assistants no matter where they’re from and that’s right."

One man who won't be putting his name into the hat is current Racing Metro defence coach and former Ireland and Munster legend, Ronan O'Gara.

O'Gara revealed in his column for the Irish Examiner, that he is not ready to take on a position in Ireland just yet.

"At this point, I don’t want to give up what we have at Racing 92, I am too interested in it, too much invested in it just to up sticks."

Jackman is now the bookies favourite to be Connacht's head coach for next season.

We imagine it would be an excellent appointment.


popular
Justin Gaethje tells Conor McGregor to wait his turn
QUIZ: Correctly identify these World Cup 2014 players from their stickers
The SportsJOE 12 o'clock quiz | Day 72
The SportsJOE 12 o'clock quiz | Day 73
QUIZ: Can you name the Football Italia cult heroes? | Part 2
QUIZ: The toughest football legends quiz you'll take today
SportsJOE 2000s Football Quiz | Round 3
You may also like
2 months ago
"You’d wonder if they’ll have to scrap the whole season" - Jack Carty
2 months ago
"The sacrifices they are making to save people's lives is heroic" - Jack Carty
2 months ago
How Ireland's top rugby stars are staying in shape at home
3 months ago
Superb TG4 documentary offers insight to lives of up-and-coming rugby players
3 months ago
Guinness Pro14 Preview: Edinburgh v Connacht
4 months ago
Six Leinster players that could benefit from a provincial switch
Next Page