"In your autobiography, for that period with Scarlets, there's going to be a chapter on teammates' wives getting pregnant!"

For the ever-modest Tadhg Beirne, luck played a big part in him reviving his rugby career in Wales, and on more than one occasion.

Surplus to requirements at Leinster, the Kildare native was forced to look elsewhere in the hopes of giving a professional rugby career one last go. He took a chance by pausing his business degree studies and heading off to Llanelli to play with Scarlets.

The idea, says Beirne, was to hold tackle shields in training, pick up some game time when and where he could and prove to the coaches that he was worth keeping around. It took him a while to get settled but injuries, and expectant fathers, in the Scarlets second and back rows gave him his opening and he never looked back.

Week 10 of remote recording for Baz & Andrew's House of Rugby saw Beirne - now firmly established with Munster and Ireland - join us to chat with Barry Murphy and Andrew Trimble. 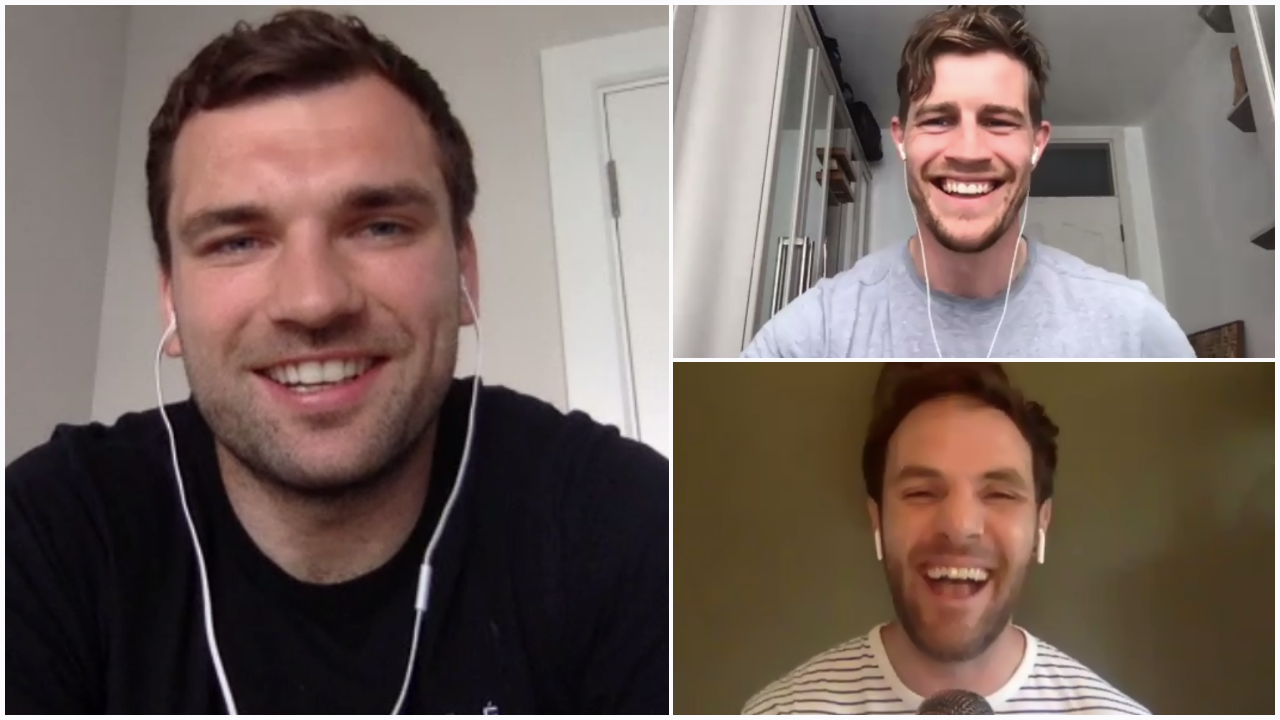 Beirne got back from representing Ireland at the 2019 World Cup in Japan and looked in decent nick until he badly injured his ankle during an away game against Saracens.

There was a delay in his ankle surgery and other set-backs, but Beirne feels he is not far off a return to full training [however that may look in our new normal]. When he is reunited with his Munster teammates, there will be two World Cup winners in the squad, new arrivals from South Africa Damien De Allende and RG Snyman.

Beirne spoke about how both men will hopefully help Munster push on when rugby returns, but he also was keen to chat about Normal People and making sourdough. Also discussed on the show:


popular
"I was like, ‘My ear is hanging off my head. Can you not see that?!'"
The SportsJOE 12 o'clock quiz | Day 307
"Hang on lads, there is more to life outside of Dublin" - Connellan is a rebel with a cause
Japanese rugby players living off the classic Irish school lunch for pre-match-meal
QUIZ: How well do you know Manchester United players of the 2010s?
QUIZ: Identify the missing sponsors from these football jerseys
QUIZ: Name all 50 of these 2000s Champions League players – #4
You may also like
2 days ago
"I’ll work towards getting into the real world and start another life" - Johnny Sexton
3 days ago
'We haven’t performed to the standard that everybody else expects us to"
4 days ago
36-man Ireland squad announced for Italy clash
5 days ago
"People associate hardness, ruthlessness and 'Fear of God' with Paul, but that's 1% of him"
1 week ago
"You’re not pushing robots around the place. We all have bad days" - Ronan O'Gara
1 week ago
Tomás O'Leary calls for Craig Casey to get No.9 jersey for Italy
Next Page