"We clicked straight away. I think he's enjoyed it because I've given him I don't know how many walk-in tries!"

If there is one thing Finn Russell is regretting during this stay-at-home period of the halted rugby season it is not seeing more of Paris when he had a chance. The Scottish international joined House of Rugby this week and made a vow to get out and see more of the place whenever movement restrictions are eased by the French government.

Russell has been at Racing 92 since the summer of 2018 but, such is his focus on rugby, he admits he has not soaked up enough sights and sounds of Paris. He has settled into his rugby well and was part of another promising trophy hunt until the Top 14 and Champions Cup came to a long break in play.

Week eight of remote recording for Baz & Andrew's House of Rugby saw Russell join us to chat with Barry Murphy and Andrew Trimble. 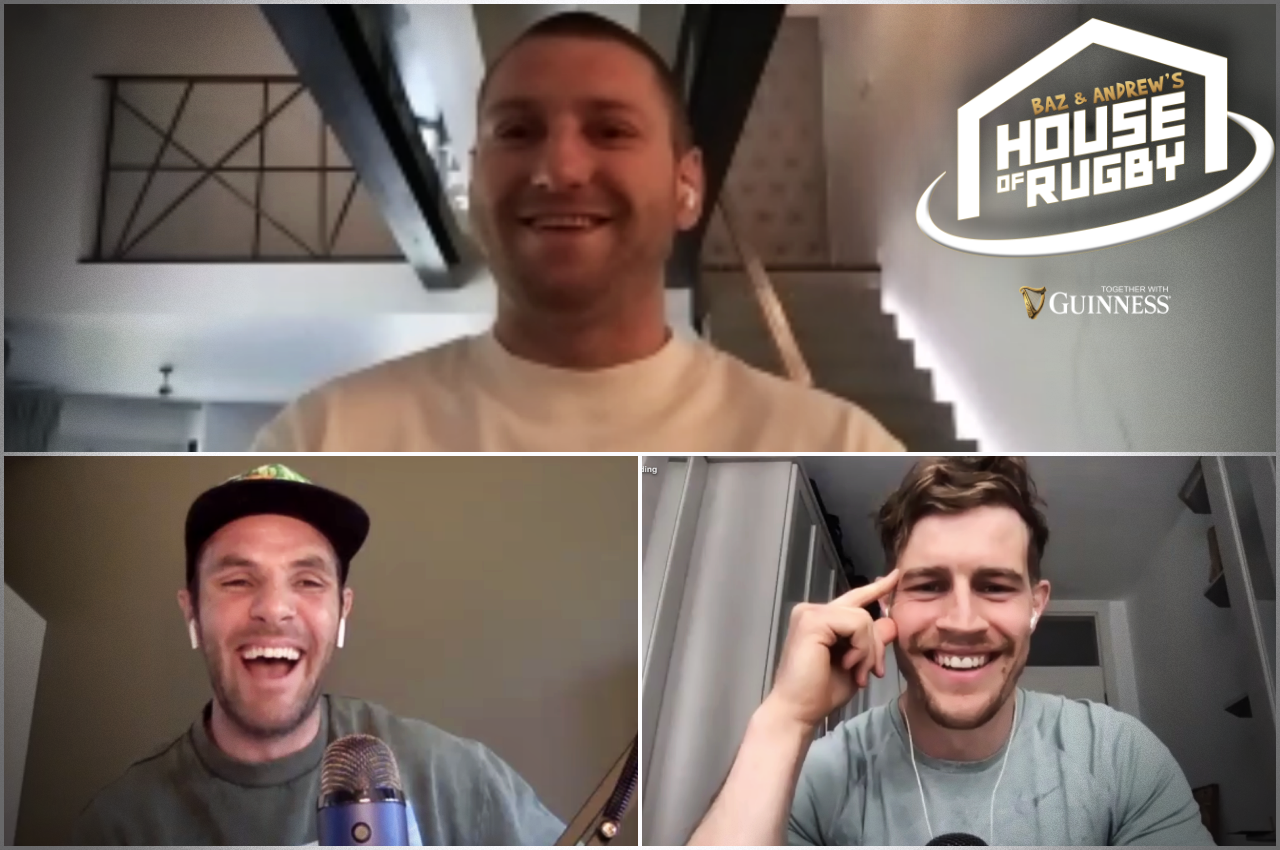 Before the break in the season, Russell was training and playing with Ireland internationals Donnacha Ryan and Simon Zebo. He struck up a fast friendship with Zebo, his backline buddy, who he jokes about teeing up a slew of easy tries for.

The outhalf is also working closely with Racing's attack coach Mike Prendergast. The former Munster scrumhalf is highly regarded in France after Racing snapped him up from Stade Francais.

During the show, Russell talks about how a stint in New Zealand influenced his career, his playing style and his hopes to get back involved with Scotland, and make the Lions squad, when rugby returns. Also discussed on the show:


popular
'Make him hurt, make him yours' - How the Springboks ruled the world
We knew Sean O'Brien wouldn't let us down with his Lions XV
Jose Mourinho is about to step up and become the hero football needs
Springboks legend Tendai Mtawawira tells us what he really thinks of Ellis Genge
In 86 seconds, Patrick Bamford becomes English football's voice of reason
Saudi prince 'prepares £4bn Manchester United takeover'
"I'm not the biggest fan of academy systems" - Paddy Tally believes we should be developing young GAA players differently
You may also like
3 weeks ago
Everything you need to know about this year's Fairyhouse Easter Festival and Irish Grand National
1 month ago
5 really simple fitness tips you can do at home
1 month ago
Feeling they're not "good enough" prevents teenage girls from taking part in sport, research reveals
3 months ago
Praise for Connacht's big win and Ulster's emerging talents on House of Rugby
3 months ago
Marcell Coetzee tells House of Rugby about his vow to Ulster
4 months ago
Visit Vodafone’s Pop-Up Shop at JOE with heaps of offers on smartphones, smartwatches and more
Next Page