As if he was not loved enough in Dublin (and all of Leinster) already, that Scott Fardy prediction had the audience at Baz & Andrew's House of Rugby eating from the palms of his giant Australian hands.

The Leinster forward, who won 39 Test caps and played in a World Cup final with Australia, was one of two special guests at the live House of Rugby recording at Café En Seine, on Wednesday. Fardy was joined on-stage by former Ireland prop Fiona Coghlan, who captained her country to Six Nations Grand Slam glory in 2013.

Fardy and Coghlan chatted with Barry Murphy, Andrew Trimble and Jerry Flannery about a wide range of rugby topics while previewing two big games coming up at the weekend. 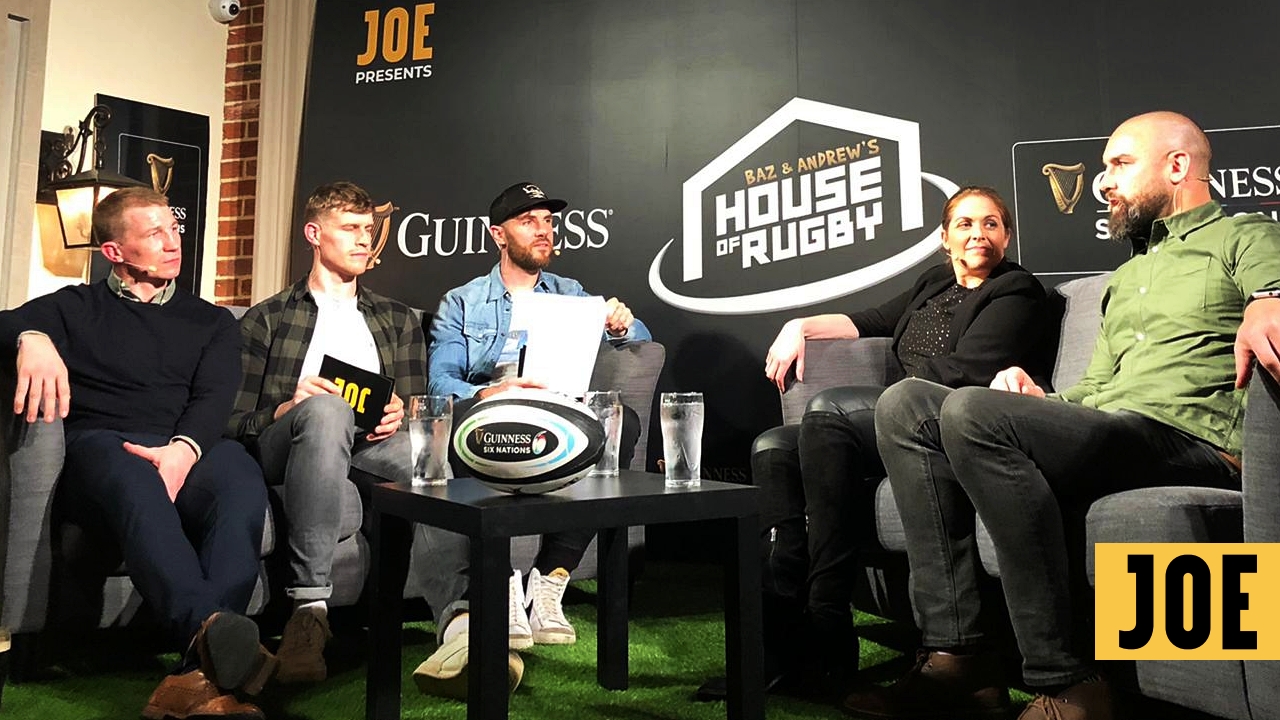 First up, on Saturday, Ireland Women face England at Castle Park in Doncaster, looking to build on their bright start to the championship. Sunday afternoon features Ireland's Triple Crown decider against England at Twickenham in the Guinness Six Nations.

All five make their Triple Crown match predictions, with Trimble going against the green grain. Among the topics also covered are:

LISTEN TO THAT HOUSE OF RUGBY EPISODE HERE: